5 Metal Festivals to Attend Before You Die

Metal festivals have been increasing in frequency and popularity in recent years, with massive ones taking place in every developed country in the world. They've become a veritable rite of passage which every young metalhead must partake in and get fucked up at. So the real question is – as the average fan with limited funds and time – how do you choose which ones you should be attending? Some fests are a cut above the rest – and here’s the ones we think are best.

Housecore is something of a miracle in and of itself. After the death of its founder, the one and only Corey Mitchell, this Phil Anselmo-curated festival somehow managed to come back with what might be its best lineup to date. But it’s not the regularly stellar lineups that make Housecore so special; the horror movies are a key aspect as well. At what other metal festival would you ever bump into the cast of the Texas Chainsaw Massacre? Housecore features a unique combination of elements that make it a metalhead’s metal festival. Also – Phil Anselmo wanders the festival grounds and is probably down to do shots with you.

This is the only festival on this list that I haven’t attended (not for lack of trying) and one of the most unique in the world. Best known for having one day of the event curated by a legendary artist Roadburn has garnered a reputation as perhaps the best doom and avant-garde metal festival in the world. Perhaps more than any other festival on this list, Roadburn has given crucial exposure to some awesome bands while simultaneously showcasing metal legends – and if that’s not the goal of an underground fest, then I don’t know what is.

Though there has only been one edition of this fest thus far, it has rapidly become quasi-legendary. Giving bands like Electric Citizen and Mothership the chance to play to several thousand of the biggest doom freaks on the planet is just the beginning of what makes this festival great. With three separate stages (Including an outdoor one!) in the space of one venue Psycho CA is wonderfully intimate and stays true to the magic of the underground. The condensed nature of the partying creates a very cut off vibe, giving Psycho CA a much friendlier and more laid back feel as compared to other American fests. And, yes, a lot of crazy shit does go down when doom freaks get together – just wait until you get hotboxed in an arena!

This is by far the smallest festival on this list, but that doesn’t mean it should be overlooked. A389 Records has always been known for curating a small but potent roster full of exciting up and coming bands like Noisem and Homewrecker. Split up between several venues dotted around Baltimore including the legendary Sidebar the A389 Bash is an underground metal fan’s dream come true. People come from all over the country to party and watch some of the most hyped bands on the scene. A389 Bash is a wonderful excuse to sit back and enjoy twenty-odd brilliantly curated underground bands in the space of a weekend – what more could a metal fan want?

When people talk about the ultimate European festival experience, they often are referring to Wacken. And, while Wacken may have been the first and is the most widely documented, what a lot of folks don’t realize is that there are a lot of new players in town, and Hellfest is the biggest and the baddest. Labeled “The most diverse extreme metal festival in the world” many artists refer to it as their favorite festival to play. With some of the best lineups on the entire European scene, Hellfest draws metal fanatics from all over the world. And best of all, the fun loving atmosphere sees beer flowing freely and drugs being passed out like candy. If standing in a field smoking a huge spliff with new friends from all over the globe watching Iron Maiden isn’t the ultimate metal experience, then I don’t want to know what is. 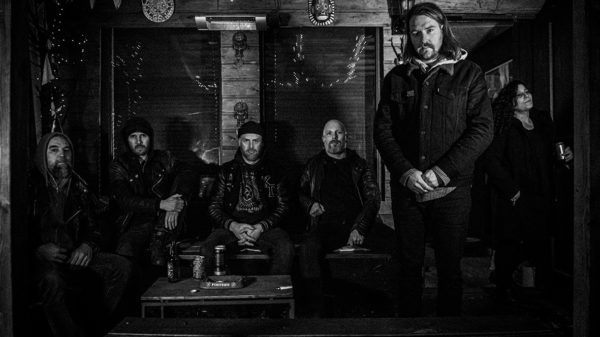 Plus how The Devil's Blood vocalist and more came into the project.

Slift is now an Artist In Residence.