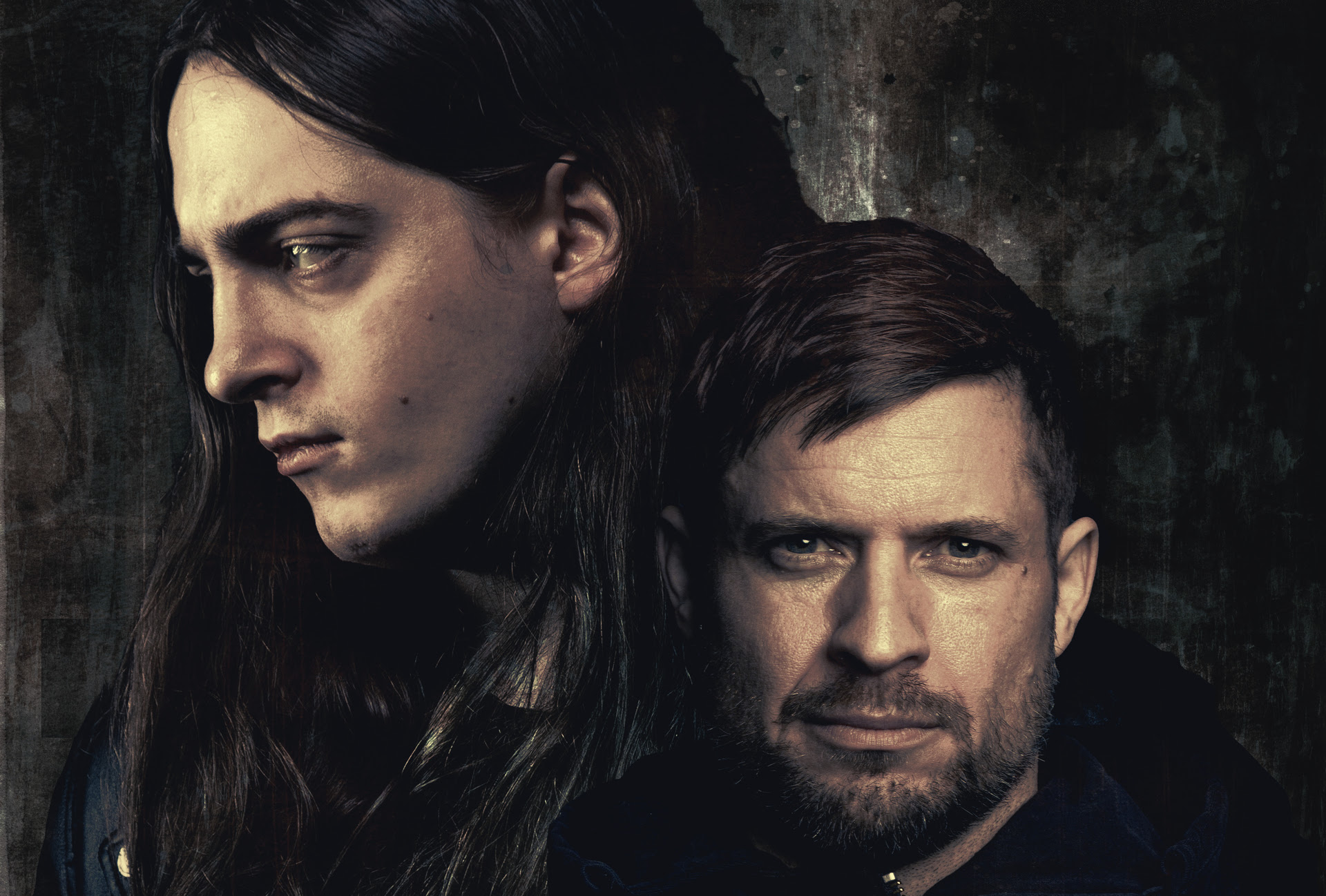 "One of the coolest things I've ever seen at Roadburn," echoed words of high praise for the debut – and potentially only – live performance of Final Light, the commissioned hour of music turned into full-blown album of Perturbator mastermind James Kent and Cult Of Luna's ferocious vocalist Johannes Persson.

But then, expectations are always high when it comes to gonzo ambiance and over-the-top spectacle of two of the world's most inventive and boundary-pushing artists. Them delivering on their long-awaited Roadburn set was never in doubt.

Metal Injection sat down with Kent and Persson for a dive into the genesis of Final Light, the decision to create an album (available June 24 worldwide through Red Creek Records), the allure of Roadburn, whether or not the collaboration truly was a one-off, future plans for their respective projects and much more!

Now that you've had the chance to roll this thing out live at Roadburn and with the album coming out in a few weeks, how are you guys feeling overall? It's been a long ride to get here.

James: I'm pretty good about it myself. Obviously it's been quite a nice long ride. I'm pretty excited to unveil the album. To just have it, you know, own it on vinyl.

Johannes: I got a great compliment today from a person that I respect musically very, very much. And that means a lot. David [Sandström], Refused's drummer. He said he absolutely loved "In the Void." But yeah, the same thing James said. I'm super excited. I haven't listened to it since we played because I want to wait.

Usually when I write albums I need almost a year until I can listen to it as close to objectively without thinking about production things. And since this has been such a weird process that I had to relearn the songs just a couple of months ago. I listened to the songs over and over and over again and through the perspective of playing it live. So I just want some distance to the songs and to the production to be able to fully enjoy it.

James: I do the same as you, by the way. I need to, when I release an album or something like this, I kind of like need to not listen to it for a while. When it comes back to it, it feels very fresh and new in my ears I think.

I know you guys were working on this pre-pandemic and between Cult Of Luna and Perturbator obviously you had projects you were working on since you originally started Final Light. It must have been interesting retooling or reworking some of these songs in the two years before Roadburn and before this record comes out.

James: Yeah, it's exactly what happened, actually. We had the songs kind of like in a demo state, but they were almost finished, you know? They felt finished two years ago. During COVID, it's kind of like a little blessing in disguise a little bit. With Johannes we did rework on all the songs, if I remember, which was a much needed new coat of paint to it. Little details here and there that I think kind of make the album even more interesting. It made the tracls feel a bit more alive.

Johannes: Usually when we write the songs in Cult Of Luna, we write them, we record them, and then we play them live. And after you've made the first tour then you really know the songs. That's when you feel like you should have recorded them, when you know them inside out and all that. And I think we got something close to that when we had this almost two years of not touching them. So yeah, James did some rearrangement on most of the songs. He took them to another level, so to speak.

One thing I've always appreciated about both your respective works is the contrast between polar opposites. Lights and darks, beauty and ugliness. I feel like there's always been a lot of juxtaposition in Cult Of Luna and Perturbator. Was that back and forth something you really wanted to bring to the table in a project like this?

James: I think so, yeah. I think it's kind of like you said, it's kind of like what we do best in our respective projects. It's certainly my favorite way of, I guess, writing music, structurally speaking. I love music to be sort of like a little story in a way, in that within one track you have all these different ups and downs. And I like that. I really like to do that. So it just felt like it came very naturally when writing stuff for Final Light.

Johannes: And for me, it's the only way I know how to write. So like James said, it becomes very natural. And I mean, when you do these kinds of long arrangements, I think that you have to view them as a narrative. You don't have to do anything, but that's how I look at it, that it's a narrative and you need your ups and downs to make it interesting. So yeah, that's just how I'm used to writing and I'm sure that's how I perceive Perturbator too. So I think it was a good mix. And since the writing process was so easy that must have been some kind of testimony that we at least have the same outlook on writing.

I'm curious how quickly into the process you realized that this was going to be more than just a one off show for Roadburn and would become a full-blown album?

James: The thing is, when Walter from Roadburn approached and basically told me that he wanted me to do work with any artist of my choosing to make this commissioned piece, he asked me to do one hour of music. I was like "damn, I need to make one hour of music?" It's kind of like a huge undertaking for me because I write very slowly and I like to take my time.

But I realized one hour of music, it's like making an album, you know? It kind of was very obvious to me that from the get go that this long one hour of music, and at first I even thought about making it like one long track, which is a little bit what it is in my head. But I'm sorry, I digress. It was kind of obvious to me that from the very beginning that it would be the sort of big project that would need to be released at some point, I think.

For anybody who hasn't had the opportunity to attend Roadburn, it's routinely described as the most unique and off the wall, must attend experiences of heavy music anywhere. Really the crashing of art meets metal, and it really feels like this was the perfect place for this particular type of project.

Johannes: Yeah, and if you haven't gone to Roadburn, you need to. I mean, it's not a festival, it's an event … Everyone that goes to Roadburn, they love music. Of course people get drunk and all that, but it's not like when you go to festivals and you see people totally unconscious and you know, people go for the festival experience. People go there for the music. People go there for the art and everything that comes with it.

So what you have is not 4,000 festival goers. It's 4,000 fans of music. And that goes for both people on and off stage. I can't remember how many times I've been there, but I've had so many great musical experiences because Walter is such a great person picking bands that I experienced and found bands that I didn't know that I loved.

James: I also discovered a lot of bands from Roadburn. I think what Johannes said is very, very true. It's kind of incredible how the line-up on those Roadburn festivals have always been consistently super interesting and obscure. But not just to be obscure. It's obscure because it's something that Walter picks and it's always these crazy, interesting alternative music bands or artists. It's just fascinating to go around and just look at the shows and you're bound to discover something yourself. That's probably why I think it's my favorite festival in Europe.

Now that the performance is in the rearview and we're a few weeks away from this record, this was really billed as a one off, a one time thing. Could you see yourselves collaborating again on another record, or a different kind of performance? Or was this really just a once in a lifetime kind of special event?

Johannes: I agree, same with me. It has been such a pleasure to be working with James. And, I think that what came out of it is a call to go outside of that. And it was a very, very smooth process. Very easy going, a very pleasant experience. And also I need to stress that taking it to the stage was also a new experience.

James: I'm personally not working on anything right now, but I mean I'm going to do a lot more shows now that the pandemic is over. So it's kind of like where all my energy's at right now, just getting ready for tours and touring again and stuff like this. So yeah, I'm looking forward to it.

Johannes: Same thing with me. We haven't been playing since we got off stage in Mexico City just when the pandemic hit, which was in March of 2020. So yeah, we should be getting ready to hit some festivals this summer. Right now I'm in the middle of shooting a feature film, so my time is very limited. We have a couple of tours scheduled and we have another thing that we might see the studio again, just a one off thing, small things if the stars align.

That's the simple thing with this project with James is that basically it's me and him. It's tough enough with our respective schedules, but in Cult Of Luna we're too many people, too many busy people in one band. So just to get us in the same group, it's quite, quite, quite hard.

In this article: cult of luna, Final Light, Perturbator, roadburn 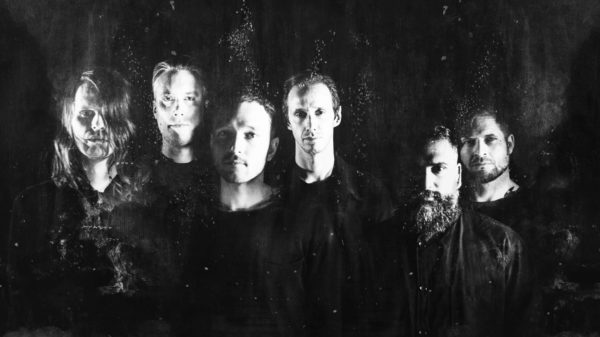 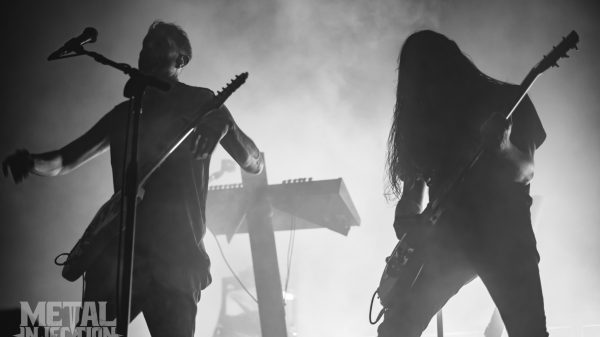 Who doesn't love these bands?

Johannes Persson and Perturbator, out here crushing it.