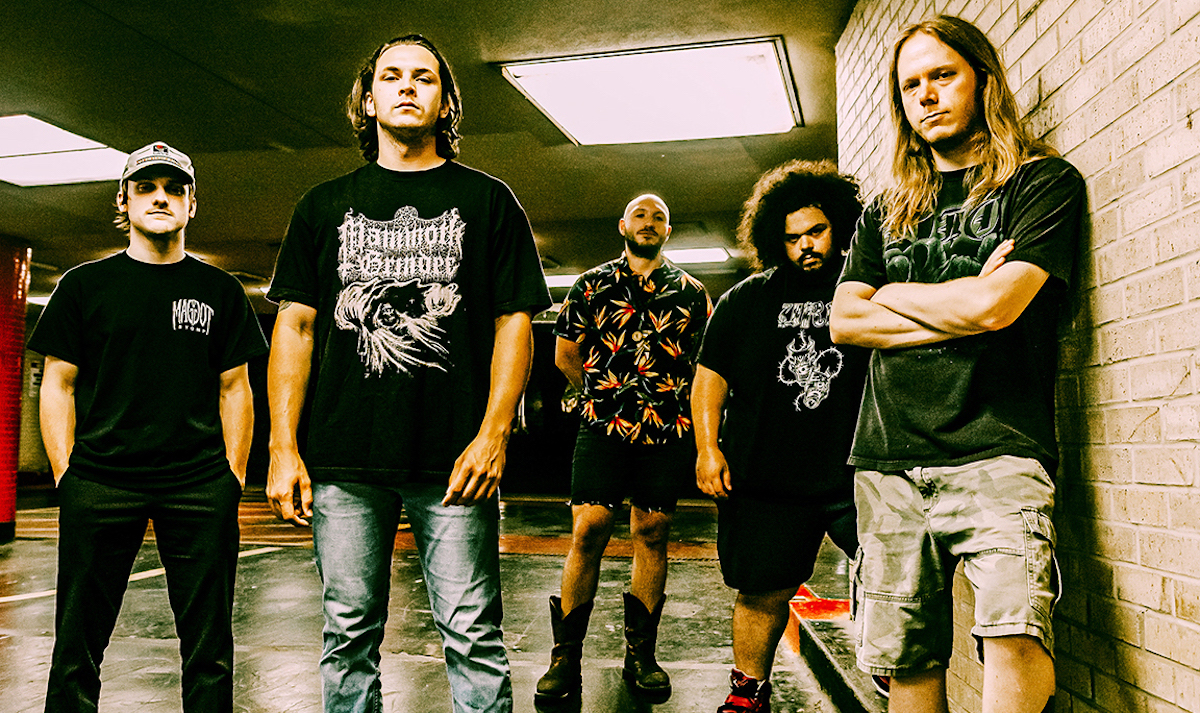 2022 has seen a handful of truly excellent death metal releases, but today we're focusing on debut albums. Check out our picks for the 16 death metal debut albums you need to hear today and get destroyed! I'd also like to note that we've got promos of all the albums on this list not currently released, and have heard them in full. We didn't just guess that these records would rule.

Castrator put out a demo and an EP in 2014 and 2015, fell silent for a little while, and is now back with their debut album Defiled In Oblivion. The band also features death metal vets (and founding members) bassist Robin Mazen of Gruesome and Hypoxia drummer Carolina Perez.

Morbific Reminiscences in Physical Forms is a good ol' slab of primitive death metal. The kind of death metal whose tactics to harm you would be only to pick up the heaviest rock available and chuck it at your head. Well, that or a beating with a big stick. Regress to your primitive self below.

The Eating Cave provides skronky-ass death metal that will devour you. They've also been hailed by The Haunted's Ola Englund as "top notch tech-death at its finest," which an excellent endorsement. Now go get your guttural, disgusting death metal on below and don't get lost in the cave.

You don't listen to Durance Of Lightless Horizons. It simply leaks out of your speakers like a black ooze and eats away at your floors until you have a clear view of the center of the Earth. Which let me tell you, is great in the wintertime. Anyway, go listen to Gutvoid and get liquified.

Human Corpse Abuse is the project of Shelby Lermo (Vastum, Ulthar), with its debut album Xenoviscerum featuring drummer Adam Jarvis (Pig Destroyer, Misery Index, Lock Up). I mean, it's members of Ulthar and Pig Destroyer making death metal. It's going to turn you into a bloody mist. Xenoviscerum is out this October.

Maul and the next entry Phobophilic both hail from North Dakota, which begs the next logical question – what the hell is going on in North Dakota? Maul debut Seraphic Punishment stomps it way out of the grave with the sole intent of ripping your body in half with its bare hands and then leaving it out to dry.

Miscreance, formerly Atomic Massacre, has been around for nearly a decade leading up to the release of their debut Convergence. If you've ever wondered what '90s progressive death metal would've sounded like if it came about during the cosmic fascination of modern death metal, here it is.

Ever since hearing their Undimensioned Identities EP in 2019, I knew Phobophilic was on to something special. Their debut full-length album Enveloping Absurdity confirms that with all its progressive-leaning passages, Schuldiner-worthy melodies, and reality-warping heaviness.

Reeking Aura is four-fifths of Long Island grindcore act Buckshot Facelift (including former Artificial Brain vocalist Will Smith) alongside guitarist Ryan Lipynsky (Serpentine Path) and drummer Sam Shereck of Stabbed. Blood and bonemeal is going to be the only thing left of you after this one… and that still might be too much.

After two demos and two splits with Total Isolation and listmates Phobophilic, Quebecois annihilators Sedimentum has dropped their debut Suppuration morphogénésiaque. The band was polite enough to show you what you'll look like after listening via the Brad Moore-created artwork.

Sublation – The Path to Bedlam

Sublation is your new favorite death metal duo. Hailing from Philadelphia, I'm guessing The Path To Bedlam is Sublation's first and last album as a relatively unknown band. This is perfectly executed death metal that spans everything from the melodic and technical, to the downright destructive.

There's a ton of excellent death metal coming out of Texas, and Tribal Gaze is definitely on the top of the heap. Tribal Gaze will release their debut The Nine Choirs this Friday and you can check out the single "And How They Wept For Eternity" below. It's got riffs in spades and enough heat to break some Texan records.

Tzompantli, the band headed up by Xibalba guitarist Brian Ortiz and the mysterious G-Bone, is named after a rack used to display human skulls across ancient Mesoamerican civilizations. Now they're a death doom group that's going to turn your skull into a fine paste and spread it across the concrete.

London death metal unit Vacuous is dropping Dreams of Dysphoria this October and there's no way it doesn't put the band on the world map. Dreams of Dysphoria has massively cavernous production with excellent clarity, and tons of stylistic changes woven together into a horrific, gory tapestry.