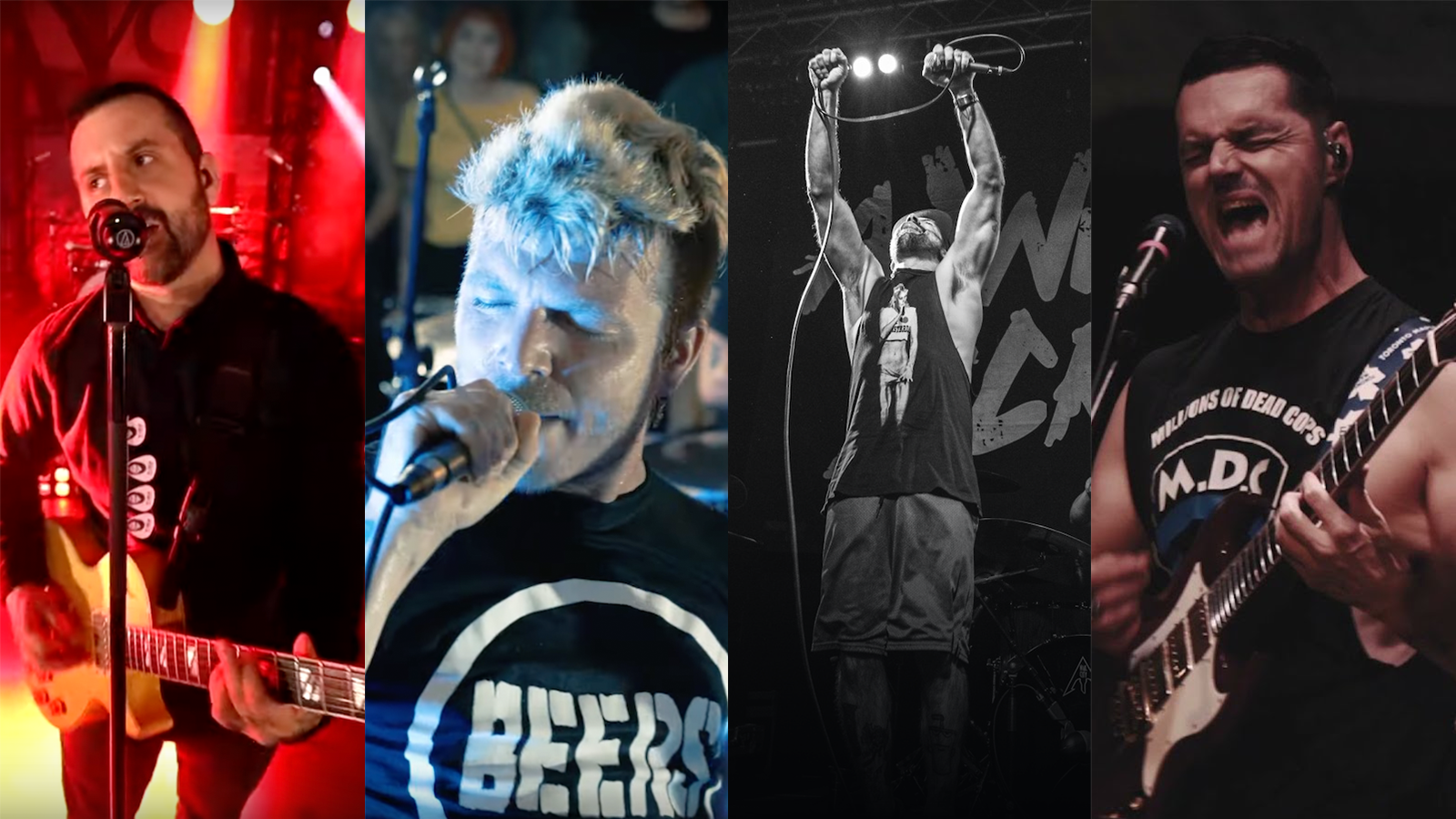 If you're a metal fan looking to get into punk rock, and you want to start on the more riff-centric side of things, you might want to start with these 11 albums that came out within the last decade as a jumping point. These albums are from bands that might not usually make the "metal" conversation all the time (so nothing like Cro-Mags or Misfits), but certainly should.

Belvedere – Hindsight Is A Sixth Sense

Canadian punks Belvedere released their album Revenge Of The Fifth in 2016, which was their first new album in 12 years at the time. And while that album was very good, their 2021 effort Hindsight Is The Sixth Sense made it look like a warmup. Equal parts shred and punk, Hindsight Is The Sixth Sense is nothing short of a killer. The album also features guest spots from Protest The Hero vocalist Rody Walker, Roger Lima of Less Than Jake, and Wolfrik vocalist Dylan Toews.

Where you should start with this one? Definitely "Elephant March." The song feels like Avenged Sevenfold tried to write a punk song and it's great.

Choosing between A Wilhelm Scream's 2013 album Partycrasher and this year's Lose Your Delusion was tough, but Partycrasher is a record that I'm not sure I've stopped listening to for nearly 10 years. So Partycrasher it is. This record is high-octane punk rock with enough shred that it'll leave many, many guitarists and bassists scratching their heads. And yes, you need to pay attention to the bass on this one – Brian J. Robinson is not human.

Where you should start with this one? "Born A Wise Man," for sure. The intro comes in hot with dual guitar leads and a busy bass line, and that energy never stops.

Propagandhi took their thrashie tendencies found on 2012's Failed States and married them perfectly with the driving punk rock of 2009's Supporting Caste on Victory Lap. It's a record that hits hard both musically and lyrically, and packs more riffs than most bands could conjure up in over the course of a few albums. Though that's Propagandhi for you – multi-faceted and masters of writing a cohesive, diverse song every single time.

Where you should start with this one? It's a tough choice, but I'll say "Failed Imagineer." It's a short track jammed with thrashier, punk-tinged passages and simply incredible musicianship.

After a brief intro on Green Star, Pears punches you right in face with "Hinged By Spine" and then never stops punching you in the face. Green Star is a deluge of manic energy that keeps it up throughout, and with great ease as it tears through a killer blend of hardcore punk, skate punk, and everything in-between. Plus it's a good time to see how many references to bands like Germs, Misfits, and Nirvana (and more) you can catch throughout its insane runtime.

Where you should start with this one? The title track, for sure. The energy right from the get-go is off the charts, and some of the riffs throughout are making my wrist hurt without even playing 'em.

I'm pretty sure I actually said "whoa, what the fuck?" the first time I heard Soul Glo's Diaspora Problems. Not to anyone in particular, just kind of an audible surprise. Diaspora Problems is at its heart a punk record, though there's everything from hip-hop to death metal breakdowns throughout. It's the type of record that you're going to have to go through a few times to catch everything, but you'll love doing it – it's great. I also have no idea how the fuck vocalist Pierce Jordan sings that fast.

Where you should start with this one? "Jump!! (Or Get Jumped!!!)((by the future))," for sure. It's the song that caught me off guard and then kicked my ass into another dimension.

Strung Out has pretty much always been a metal band running around disguised as a punk band. Though they do both so damn well that it doesn't even matter, right? Strung Out's most recent album Songs Of Armor And Devotion leaned a little harder into their punk side, while Transmission.Alpha.Delta felt more like the thrash-leaning riffing of older albums like Exile In Oblivion.

Where you should start with this one? "The Animal And The Machine." Rob Ramos and Jake Kiley employ loads of tastefully-placed riffs and melodic lines throughout this song that, once you tune into what they're doing, it's impossible not to be impressed.

Bayside is has always been firmly classified as a punk band, but their rock and metal influences have never been hidden. Bayside's music has always utilized tons of pretty metal sounding riffs, the rhythm section certainly hasn't shied away from those tendencies either, and then there are the guitar solos. There's a lot of 'em. Interrobang is definitely a shining example of that all the way through.

Where you should start with this one? Once again, the title track. There's a big ol' breakdown right at the end, the riffs are pretty meaty, and (I'll probably get crucified for saying this but) the guitar solo reminds me a little of the middle section of "Master Of Puppets."

No shit, right? Of course Sum 41 made this list, and what better album to do it then Order In Decline. The record was Sum 41's second with guitarist Dave Baksh back in the fold and it feels like frontman and songwriter Deryck Whibley really leaned back into the days of metal Sum 41. Which is great, because despite being remembered as a pop punk act, Sum 41 was metal, man.

Where you should start with this one? "Out For Blood." It'll be pretty obvious why within the first 30 seconds. Have fun.

France has plenty of great metal and they've also got Forus. Forus blends an impressive amount of technicality with a very straightforward brand of skate punk for a final product that should be in the ears of way more people. It's impressive as hell, but it's also really catchy. All I'm saying is that if they ended up hitting the United States with any other band on this list, they'd be a hit.

Where you should start with this one? "War's Not Over, I've Just Found The Flag." It's a short one with all the shred you want, and all the hooks you need. And don't worry – your speakers aren't broken. The song just takes a little to kick in.

If you've been on board with Forus and A Wilhelm Scream thus far, there's no way you're not going to love this. Adrenalized is more lightning-fast riffs stopping and going as they please, only to calm down long enough to let some vocal hooks shine through. While it would be cool Adrenalized and A Wilhelm Scream toured together, I'm not sure there'd be anything left of the venues left in their wake.

Where you should start with this one? "Operation Exodus, Part II" opens the album and very much sets the tone for what you're about to hear. Which again, is a ton of melodic lines flying rapid fire at your head.

Vanishing Values does everything from your driving punk rhythms to screaming hellfire metal complete with blasts. Vanishing Values is the outer limit of this list, in that it's right at the border of "punk-leaning metal" and almost crossing into "metal-leaning punk." I mean seriously, if you just hear the first 30 or so seconds of the opener, you'd assume it's a metal record. So for that exact reason, Vanishing Values had to be included. The album also ends with a very heavy cover of Pink Floyd's "Welcome To The Machine" that's worth your time.

Where you should start with this one? "Generation Lost," so you can have the exact same reaction I did – assuming it's a metal record.