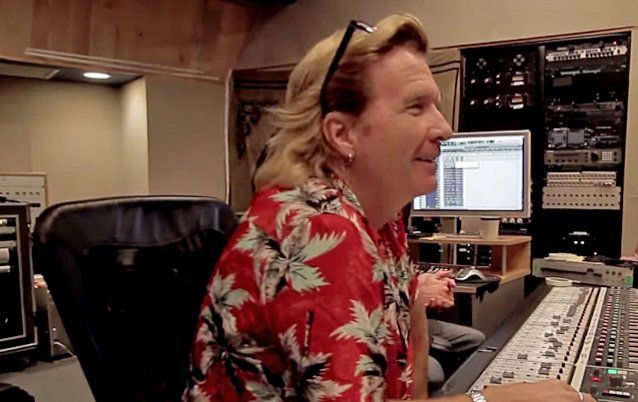 Hall of Fame producer Bob Rock just cashed out big time. The Canadian producer, who was once akin to Metallica's fifth member, produced all of their albums from the Black Album to St. Anger. Rock actually played bass on St. Anger, as the band was still searching for a replacement for Jason Newsted, who they eventually found in Robert Trujillo. Rock recently unloaded his cut of the publishing for the Black Album, among other releases.

It was reported that Rock song his rights to 43 songs to the Hipgnosis Songs Fund. In addition to his rights for the Black Album, Rock turned over his rights for four releases from noted Deftones fanatic, Michael Buble (Call Me Irresponsible, Crazy Love, Christmas and To Be Loved)

Rock commented “I put my heart and soul into these recordings. I know how much Merck loves music, so it was an easy deal to put together.” The amount Rock sold for was not disclosed.

A few years ago, on an episode of the RIP a Livecast, we interviewed former bassist Jason Newsted and asked if the rumors were true that he could live off the royalties of the Black Album alone.

At the time Newsted responded "Everything you said is correct, as far as the sales of the record is something that's never been seen before, it's this thing that won't go away, and everything we couldn't ever have predicted, so that's plain and simple, that's information for anybody to know or find. But early on, when I joined the band in '86 and they were already headed up by some very together people. Some very together team of management and other people that handled their business. From day one, even when I was just a hired gun before I started getting a cut — it took five and a half months before I started getting a full cut. So the first five and a half months, I was just a session guy. So by April of '87, which was… yeah, check THAT shit out. Thirty years ago this month, I joined as a full member taking a full cut.

"So, from that time, the persons that handled them and guided them, also took me under their wing and guided me. OK? And the people that know what goes on with investments. So, when we did what we did and were able to hit what we hit, and hit that stride, and we were able to take it to the people when there were that many 12- to 16-year old male individuals on the planet that we played our metal to and they came and checked out the stuff and we made some bucks and CDs still sold and T-shirts still sold, and we really invested money. That's all.

"It's cool that the record's selling and that's great, but I mostly do things for other people with that money. So […] The Black Album really didn't have to sell anymore either, because somebody helped me early on in my career."