GENE SIMMONS Explains Why He Feels Selling Out Is Ethical 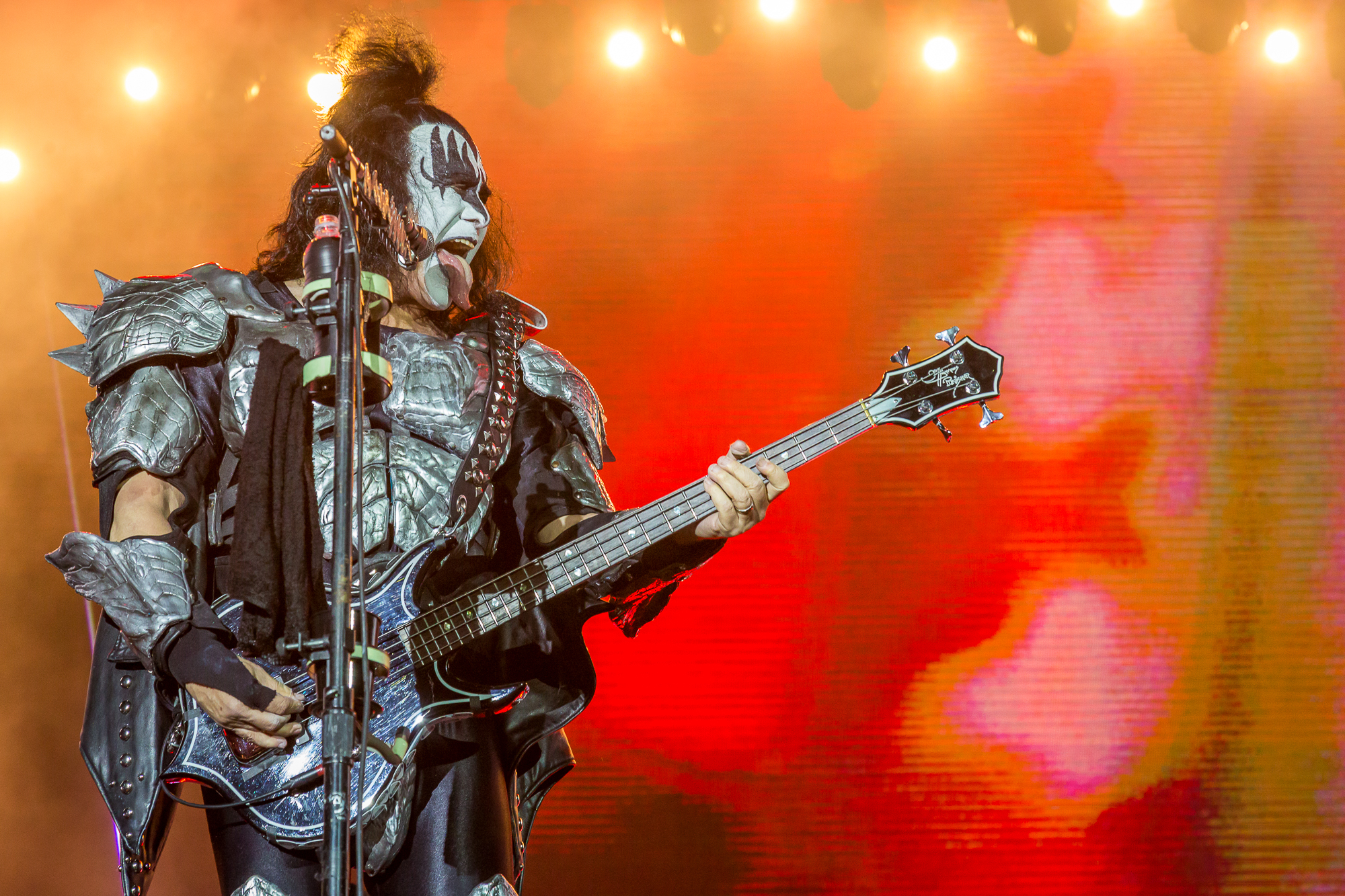 A few years ago, I asked Cheap Trick guitarist Rick Nielsen if it ever bothered him that his band would get flack for doing seemingly uncool things like playing state fairs, for example. He told me, "You know, there's upsides and downsides to everything we do. But in the old days, we'd play anything." For Nielsen, it was an honest man's way of saying, "Hey, we gotta eat out here."

It appears Mr. "Rock Is Dead" himself, Gene Simmons, is peddling a similar kind of workingman's blues these days. In an interview with Ultimate Guitar, Simmons said "… I'm untrained, I didn't go to music school, I didn't study music theory and, by and large, everybody that I know of is the same…. [If] you're a painter, you're [going to make paintings] no matter if you're trained or untrained, [of] what appeals to your very own eyes. Because that's the judge and jury at the outset. Then you can kind of move around your art based on whether you want to please other people or just yourself, which is the eternal push and pull.

"Whether you're a writer, or a painter, or musician, or a sculptor, you're either doing it for yourself or other people. If the two meet, you like what you're doing, and they like what you're doing, you're really happy. But often, it's a hard choice. [You're going to say] I like it, I don't care if anybody else likes it. Or the guy who does it all for people, even though he might hate it, which in my opinion, is just as valid and just as ethical as anything else." He then went on to make an analogy about chefs, suggesting they must make whatever is ordered and adding that "that's ethical. You do the best you can – you do the work. And so, I think it's perfectly valid. [People say to me] You sellout. You're damn right, bitch. I sell out every night."

Don’t get me wrong—I understand what he’s saying. Some people were born to entertain, like P.T. Barnum, for example. After all, at least he had a legitimate circus. Frankly, if this came out of anybody but Simmons' mouth, it would make absolute practical sense. But I’m curious, though—did art and happiness meet in the middle when Gene was pumping out a million Kiss lunch boxes a day? I doubt it, but I’m sure the zeros at the end of his bank account felt pretty darn good.