SUICIDE SILENCE's Mark Heylmun on Become the Hunter: "We Had to Put the Fire Back In." 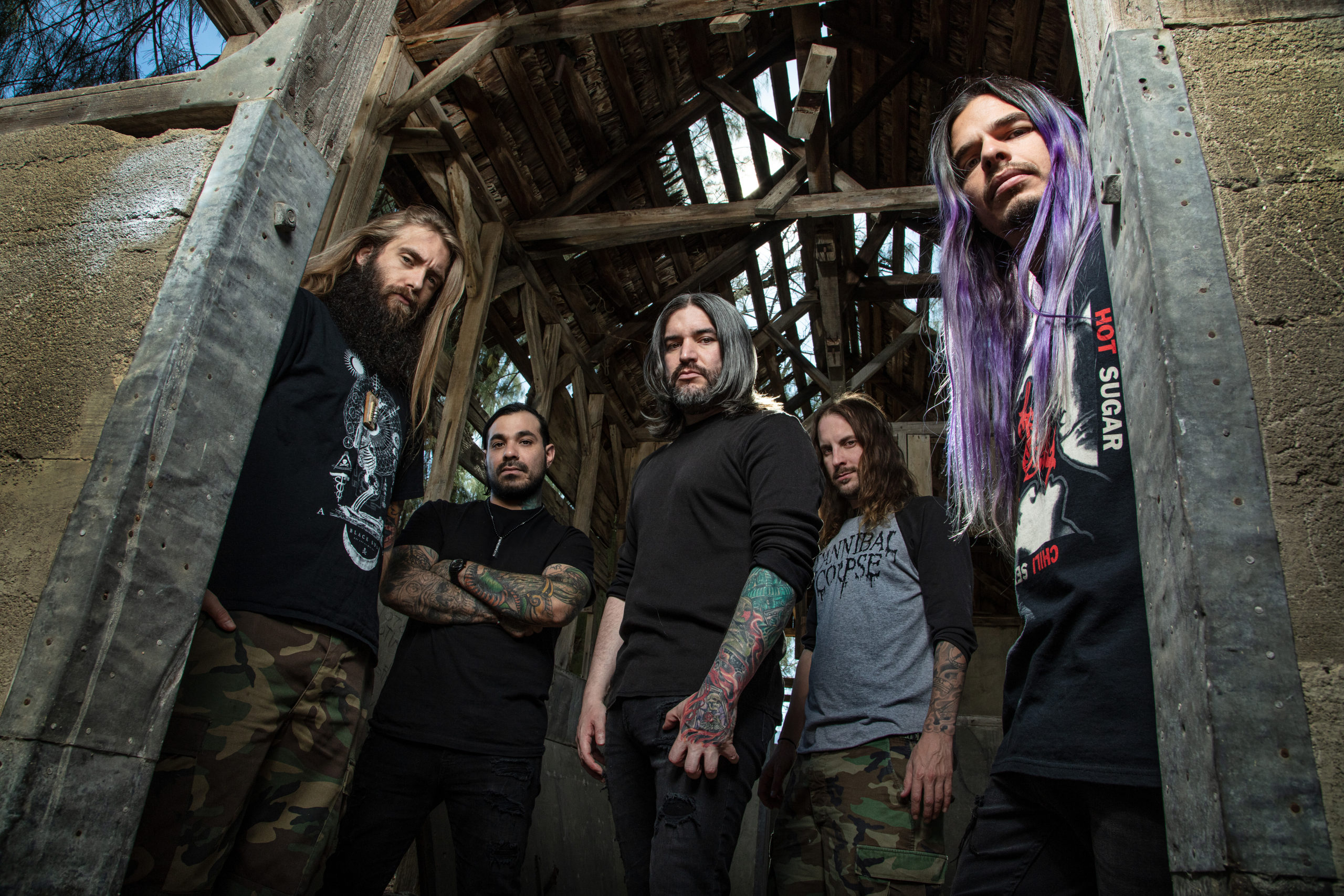 Suicide Silence are one of the driving forces of deathcore, up there with names like Despised Icon, Job For A Cowboy, Whitechapel and Carnifex as the all-time flag bearers for the genre.

Perhaps that explains the insane amount of hate that preceded, and continued to follow Suicide Silence's self-titled 2017 studio album, one that created such a strong amount of web and social media hate that many fans went so far as to petition boycotting the album's release entirely.

Leadoff single "Doris", which include some of the first clean vocals in the bands history, was seen as a slap in the face to diehard deathcore fans. You don't change what ain't broken right? Though the band and all involved in the albums creation seemingly took the hate in stride.

Three years later and Suicide Silence has redemption on the mind with their sixth studio album Become the Hunter, which drops on Valentine's Day of all days, and this time the response to early singles  "Love Me to Death", "Two Steps" and "Feel Alive" is anything but heartbreaking to fans.

Longtime lead guitarist Mark Heylmun caught up with Metal Injection to talk self-titled's backlash and impact on touring, getting back to their heavy roots with Become the Hunter, whether the band is legitimately 'cursed' and much more!

On Mindset Ahead of Become the Hunter

We had to put the fire back in. I mean, in a different way. After self-titled we strayed and did some gnarly experimenting and that was fun and all. But I mean, it doesn't really change the fact that we're Suicide Silence and we know how to fucking slam.

It was unfortunate with the commercial response to the self-titled record. We didn't really get tour offers. So whatever tour we were doing was kind of either headlining or going out and playing festivals. And what a lot of people didn't get to see was how well whatever songs we were playing from the self-titled went over live. We never really felt a hit on our live show. It was just more the internet people making a big deal out of it. We pride ourselves so much on our live show on bringing that thunder. That's still where we're at, and even more so now where we're pretty confident in the record. Now it's time to hit the road and remind people fuckin who we are and what we've done for the past 15 years.

On Backlash for the Self-Titled Album

Of course it sucked. There's kind of an immediate realization like hindsight is 20/20. What we put into writing that record was really, for lack of a better term, it was a self-centered record. We weren't thinking about what the fans were going to say while we were doing it. We were working on something and really giving it our all, but then once it's done and then we're releasing it, we look back and think no wonder there's such a backlash on it. It's obviously different.

And I can't really recall any other deathcore band really making a big change in that genre, which is a younger genre. There hadn't really been that shock and awe of some of these people's favorite bands or one of their favorite bands doing something that's really, really different. So it was kind of their first experience of it. Looking back on it it doesn't surprise me. But in the process of it it was like 100 percent not what we were thinking about. 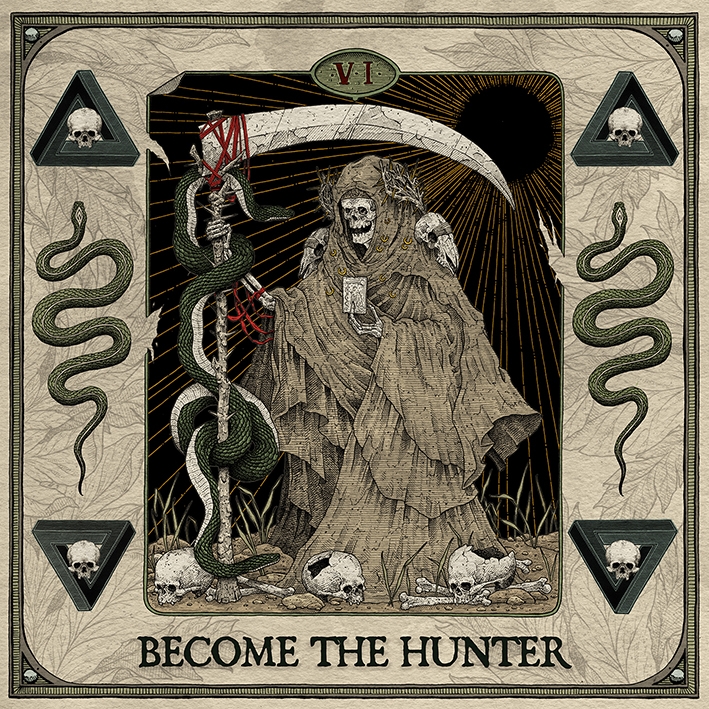 That's kind of the same with any metal genre. If there's someone that's like a pure thrash metal dude or pure death metal dude, if anybody kind of strays from it usually does leave a bad taste in their mouth. With us, I think we kind of did and do recognize we were playing this style of music before it was even called deathcore. We don't really walk around like wearing some crown of 'we started deathcore' or anything, because I think that definitely Job For A Cowboy, Carnifex, Whitechapel, we were all pretty much doing it around a similar time. But because of that, because we've been doing it for so long that's where the desire to just break the mold and do something super out there was what we wanted to do. That was where we were at at the time. But I also think that making that record, it 100 percent reminded us and put us back in the place of enjoying and wanting to make a more deathcore or death metal or just a super heavy album, which wasn't where we were at the self-titled time.

We even said if we last to our fifth record let's do something that when we're old and decrepit we can look back and be like at least we tried something really out there and pushed ourselves in a vulnerable direction. We savour our fans and we saovur the live setting. We want to make sure that the shows have this certain energy that we can tap into. We've been doing that since we were young and we want to maintain this like ferociousness. On that fifth record, we knew, let's do something different and I think doing that really did light the fire of that knowledge that we can tap into that extreme live show setting and that record that literally makes you mosh out of your car while you're listening to it. It's all the process and really, really no regrets on pissing people off because I think they'll come back if the music goes where they want it.

On Re-Teaming With Producer Steve Evetts

We knew who we wanted to produce and mix and master with Josh Wilbur. Josh's drum tones are just insane. And Steve is so close with us and we're so close to him. And I think he understood the band so well, even before we really had kind of understood what we're really doing. Him on The Black Crown, we learned so much from him and he helped so much on that record and on You Can't Stop Me. On this one, knowing we were going to work with him again, it was almost like we felt we fell back into this place. We know how Steve works so let's prep the music in the right way so that when he comes in here we just blow him away and he can work his magic even more, on top of everything we've learned from him. On this record it was pretty crazy because we had I think 20 songs that we had written. Within the week before we met with Steve to like start doing preproduction we had to narrow it down to which 13 songs we were going to actually put down.

When he came in we could actually play all the songs and we were well rehearsed. I think that 12 of them already had vocals and we were performing these songs for him, which has never happened before. We've never been so prepared before the studio. Steve came in and said you guys are on fucking fire. These songs are awesome. And there was kind of minor changes that we made structurally, but Steve really honed in on the vocals and the drums, which is what he's fucking super good at that. I mean, it just felt like home. It came together just so fluid.

On the Structure of Songwriting and Fun in the Studio

For me I really am into structures and making sure that if there's a money riff, there's a super killer riff that has to be the voice of the song. It's like making sure that everything that surrounds it is really holding up the main motif of the song. And I think that we kind of nailed that, for the first time in a long time, and got some of these song structures and these feelings that we've been trying to get out naturally. What we always are trying to do is grab the feeling of a riff that Garza writes and a riff that I write and a structure that we can all put together and really blend where we all come from musically into one song. And I think on more than half of this record we've nailed that, we came together. The songs flew out of us. A song like "Serene Obscene", "The Scythe", I can remember those two coming together like nothing. They just flew out of us.

I'll say the same thing I've said on every record. We just want to make each other laugh. How fucking awesome is that? How fun is that? How funny is that going to be live? Not exactly push ourselves to like this technical limit, but just something that's fun and awesome to listen to. It's kind of been that way forever for sure.

Supporting Jinjer seems like just an awesome thing to do. I mean they're blowing up and we've known them since like 2015. We first played with them in Bratislava and now they're doing great. It seems like a good move to go out and support them and get back out. We're stoked. We've got other shit we're gonna be dropping in here soon. It just feels like getting back on it and fucking slamming around.

It's not like we think our band is cursed, but it's just like there's so much shit that goes on behind the scenes. All the things that people know about, that's out there. People know that they can look at that. Especially being a deathcore band, we've had our luck. We've gotten on good tours, we've done all this awesome stuff, but we're just kind of getting back on it. And literally to say two things that have already hit us. We were going to go to South America and then there was these Chilian riots, and we had to postpone that tour. This Asian tour coming up there's the Coronavirus in China and we're probably gonna have to cancel three of those shows.

There's always some shit that is trying to knock you down. And I think it's formed a very calloused thick skin. It's just not easy to be in a band. And if you think it's easy, it's super fun all the time, like you're super fucking wrong and you gotta find what you love about it. And I think that at the core of all this, everybody in this band, we need this. Like, this is what we need to do. No matter how little money or how few people or who's talking shit on the band, it's like that doesn't matter. We can still look back at what we've done and however small the dent in the metal history that we've made is like we've still made a dent. And that's more than most can say they've done. We got a little bit of pride.