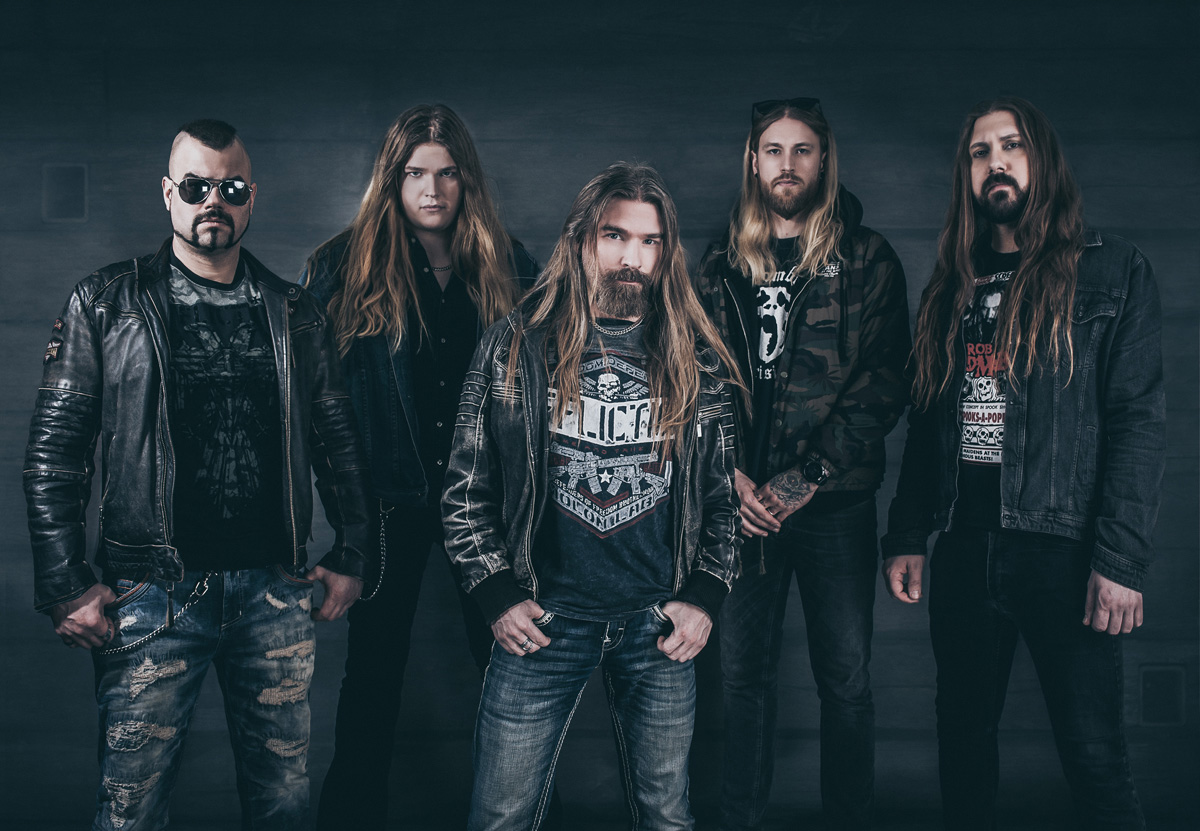 Sweden's resident power metal champions, Sabaton have upped the ante on their productivity during COVID-19. A slew of singles, music videos, historical specials, a jaw-dropping tour schedule and the announcement of their next studio album, The War to End All Wars are but fragments of the productivity put forth by one of the preeminent live acts in heavy metal.

Founding member, bassist and manager Pär Sundström caught up with Metal Injection days before the unveiling of the title of their 10th studio album, diving deep into their pandemic productivity, hectic live schedule (including three dozens in their native Sweden!!), tour with the legendary Judas Priest, the state of metal in the 1990s in Sweden and how HammerFall changed the game, and much much more!

Yes, absolutely. I mean, as you said, we have been busy. There's no doubt about that. We have recorded a full-length album. We have written a lot more songs and we've recorded a lot more songs. We've been in the studio three times during this. So musically we've created shitloads. We've also continuously produced the Sabaton History Channel. We went into kind of our second run of the Sabaton History Channel. We built new studios for that because we couldn't film in Munich, in Germany because we couldn't travel. So we have built-in our headquarters in Sweden two new video studios and a new team where we are shooting the Sabaton History Channel from Sweden now. We have also been working on a load of other things.

But again, as you said, we have not been rewarded for our work, so to say, because my reward… It's not about how many fans we got or about how many people are listening to our music and if that gives an income. My reward is, and it's always been the dream, to stand on stage and play live for people. That was the only thing that I wanted. And of course I'm happy about doing everything. I'm proud of the machine that we have built with Sabaton and everything that we have been working on, but that is nothing compared to what I really want to do and I really want to be on the stage in front of a lot of happy people. And without that it feels almost like everything we do, all the hard work we put in, it's almost for nothing. Kind of the life force has been a little bit drained.

I don't think that there's ever been something like this. I mean, we are doing 30 shows in Sweden, including headlining one of the biggest arenas in the whole country. So the 30 shows in Sweden is unlike what other bands have been doing. And I mean, Sweden is not that big, you know? So you have to see that a lot of the cities might be 20, 30 minutes apart from each other. You basically can take the bicycle, although it's going to be winter. So maybe the snow mobile would suit better (laughs).

But in theory, it's so close. But we decided to spread it out and basically play everywhere. We just wanted to do it. And we felt that there is a chance that the pandemic is going to forbid us to do large scale arena shows. So we decided to put on a smaller tour in smaller venues and keep it to a few thousand people. And instead of doing just one big show of whatever, we do tons of them. We played wherever there was a theatre that would suit us.

So yeah, it's a bit busy. But as you said, the tour schedule for the coming period of time is very intense. Sabaton, over the last years, we have been doing quite a lot. In a 12 month period I think we averaged 100 shows or 90 to 100 shows per year for many years, which is quite a lot. But there are also times of downtime when we are writing songs, recording songs and stuff like that. So it's just natural. I think that when touring begins there will be busy times, not just for Sabaton, but for a lot of other bands, because all of us, not just us, but every artist have basically moved tours. We have postponed tours and at some point they have to happen.

On Touring with Judas Priest

I mean, of course, we look up to them. They are one of the main reasons we once upon a time picked up a guitar and started playing. And you don't forget that, you know? Even if you move on in your life, you don't forget your favorite bands when you grew up. You don't abandon them and these kind of things. Judas Priest have stayed with us forever and they will stay with us forever. It's just a little bit weird that we'll be still around when they probably are going to be gone.

But before that happens, I hope that they stay a very long time in the game. And it's exciting. As I said, we played with Judas Priest several times before. We actually played on Rob Halford's 60 years birthday party. We have some stories together, but we didn't tour together on a proper level before, so it's very exciting.

In the 90s in Sweden, that wasn't so much. I mean, you could see Saxon playing for two hundred people in a small bar in the local town. You have Motorhead playing for kids at the school exhibition because they didn't have any shows. Nobody came to these kinds of bands. Iron Maiden, who had been playing in stadiums and arenas, was playing in the 90s for two thousand people in the Stockholm Cirkus Arena. It was embarrassing to be a true metal guy because it was dead.

The only thing that worked and then it came around and was on upscale was maybe about when Dimmu Borgir started to do a symphonic thing. I think that was inspiring. But the bands that were going around in Sweden was, of course, Entombed. But then it became a little bit more and I got more excited about symphonic blackmetal because it was symphonic, but anything that was metal. If you listened to Iron Maiden you almost had to hide it at parties because everybody was into Dimmu Borgir or harder stuff. So I was just waiting for it.

HammerFall came and said we are proud to play power metal and we are proud to play classic metal, and they just did it and they just broke out of the mess. There were a few other bands, but they didn't break out of the mess. Nothing happened with them because nobody dared to touch them. And one guy down in Germany, who happened to own the world's biggest heavy metal record label, trusted in this. He wanted to bring it back and he brought it back and made HammerFall. When they released the first album it was for me like, it can be done. We don't need to play this black metal, which I don't like. Look at them, they do it.

That's why we decided let's make a heavy metal band, let's focus on the roots. Let's focus on what we actually like. And we didn't know what it's going to be like because we didn't have any band members, but we gathered a few. And eventually when Joakim came in as a keyboard player, it became symphonic. And then it started to turn into this thing. And I'm very happy about it.

And if you ask how important HammerFall was, yes, without HammerFall there's no Sabaton. Absolutely not. And without Hammerfall I don't think that bands like Stratovarius and bands like that would have had any chance of sticking out anywhere at that time. And then the whole scene would look different. Bands like Sabaton would not be able to build a new thing. You call it different waves. And HammerFall definitely started a wave. And we created the next wave.

On Managing Sabaton & Building a Brand

A lot of bands don't care, which is shocking for me. I cannot understand how somebody can not care about something that's so important for their life. So for this, it becomes very natural. And I mean, if you see it, it's very difficult for anybody else to love Sabaton more than we do. And that's why we can't let it slip out of our fingers or something. I don't like to watch things not happen. I want to make things happen. And I'm always on to things. I'm always on to doing something new. I want to do this or make that happen or ideas, thoughts, I'm always pushing something new and creating something new around it. And is it natural? I think it's natural, yes.

For me it's natural because I just love the band so much that I just can't not care. It wouldn't work. And over the years, yeah, we learned everything. We had to learn everything. And today I think we sit on a lot of knowledge and I'm proud of that. I'm proud of the journey we have done and I'm proud of the setup we have as a band. And I think that a lot of bands are jealous of us, even if they maybe don't say it, and some of them are lazy that they don't want to do it. I mean, everybody chooses their own path. If they are happy with it, don't bother, don't change it. That's fine. 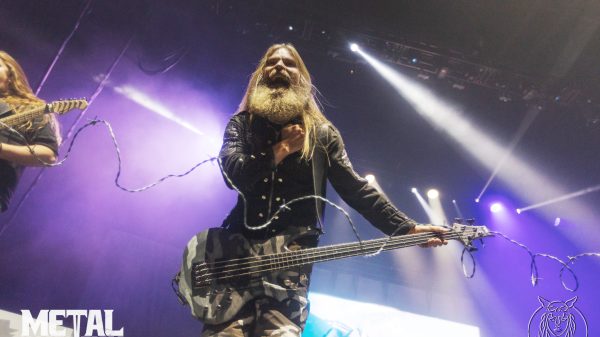 SABATON's Public Education Award May Be Revoked Over Comments About Crimea

The Swedish Skeptics Association wasn't aware of the comments. 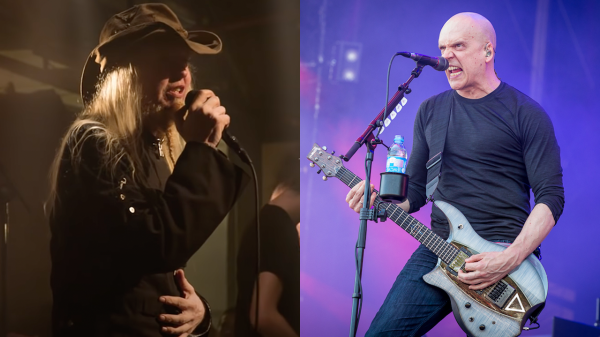 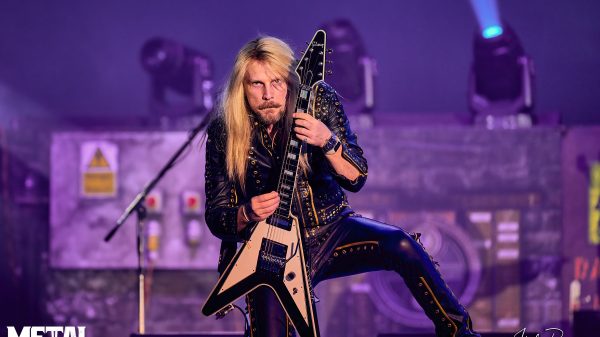 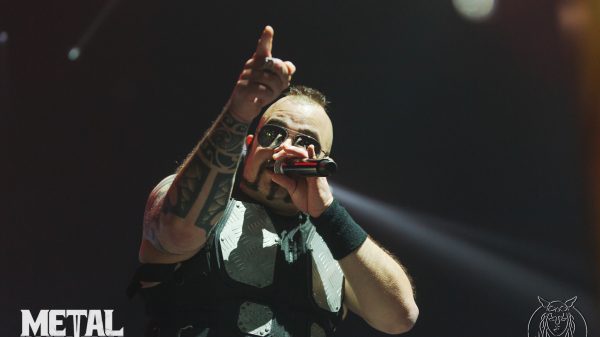 "Even if they sold out a show, they're gonna lose money because of the increased costs."