Ross The Boss Friedman Talks New Album Born Of Fire, Shaping Metal and Punk Rock and His Relationship With Manowar 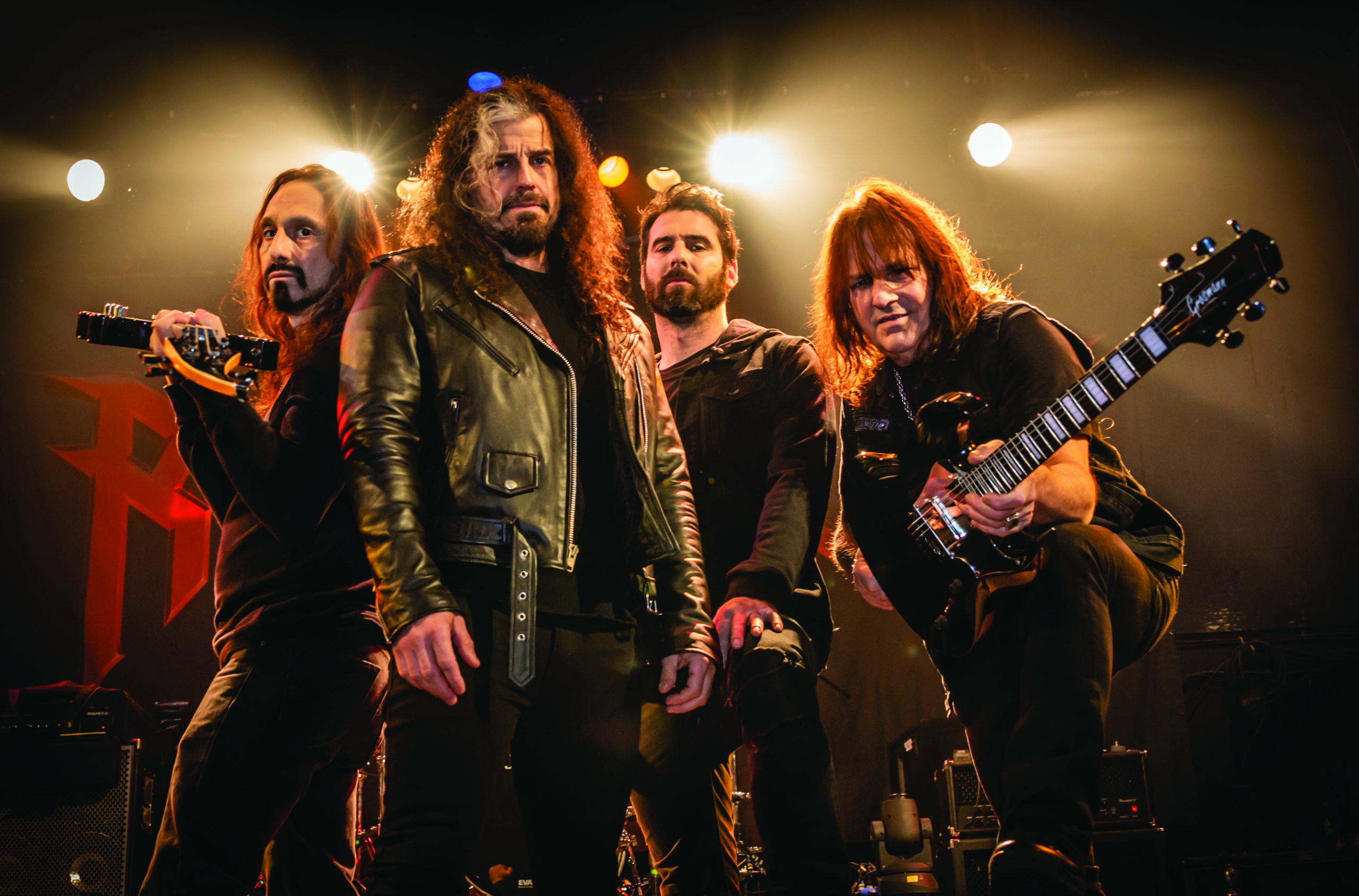 Founding member of heavy metal icons Manowar and punk rock trailblazers The Dictators, Ross The Boss Friedman has had a front row seat to his share of pivotal changes in the history of heavy music. Hell, he helped create quite a few of those changes.

Friedman's latest album Born Of Fire (out March 6th through AFM Records), under the Ross The Boss moniker and featuring vocalist Marc Lopes (Let Us Prey), bassist Mike LePond (Symphony X) and drummer Steve Bolognese (ex-Into Eternity, Witherfall), is a potent mix of old school heavy metal with a sharp, modern edge, a true statement of past meets future in the career of a guitar god.

Friedman sat down with Metal Injection to talk all things Born Of Fire, his comfort and versatility as a guitarist, the impact of his past projects, his current relationship with the members of Manowar and much more!

On Excitement For Born Of Fire

You know the response has been really strong. We got people's attention right now. It's good to see, we worked hard on this record. We took an approach, a different approach to the whole thing, instead of me going back to the past. We move forward. We move forward instead of going back to the past again. Not that By Blood Sworn was like a Manowar record, by no means, but Born of Fire is a new recored. It really is.

On Evolving His Style

I feel we have a modern approach, a modern sound, without totally leaving my past. There are songs on the record that are definitely more old-school. But, you know, it's with that modern approach. I think we're right in the perfect spot.

When I got the songs together and everyone contributed I realized that the music was going to be a lot heavier. Our singer, Marc Lopes, he's definitely into heavier stuff. I think it was a good move. I think that we retained the hooks, we retain the metal hooks, we retained the melody, we retained my style. It showed the band at its best and where we're all at right now after two years of hard touring.

It's an experienced band. These guys are masters. Michael LePond is probably the best bass player on the planet. I don't know anybody that's better than him. And Steve is a fantastic drummer. You know, he played Into Eternity,Witherfall, some really difficult music. This is rock and roll to him. As hard as some of the drums parts sound, he's amazing. Marc has blossomed as a great lead singer, frontman, lyricist. He's dedicated 150 percent.

The artwork is fantastic. Stan Decker from France did an amazing job. It's a strong powerful woman on our album cover. I think it's fantastic. I do think that the heaviness of the band and the economy as a band is tremendous. I think we're firing on all cylinders. 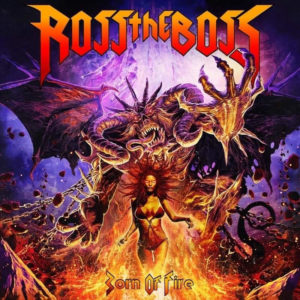 On the Importance of Live Performance
Advertisement. Scroll to continue reading.

We have this reputation. We're known as the festival killers. That's what we've been doing. We were just getting onstage and just wrecking the place and just leaving people with their mouths hanging open. We have been playing the Manowar stuff and we played a couple of songs off our previous record, but now it's going to be full on the more original stuff. I'm always going to play Manowar classics because that's my legacy. People expect to hear them, but we're going to be featuring the best of the new record. We're into a new era and I'm really happy.

On Collaborating with Burning Witches

They're definitely a band on the rise. Romana asked me to play on "Battle Hymn". She sent me something, a tape. And I said, you know what? This is not right. You got to have an eight string bass on it. And they sent me a good version. But I said, if you're not doing this perfectly correctly, you're gonna get ravaged by the critics. And believe me, I know them. I know the critics very well. You know, if the song is not right… So we made it right. Mike and I were very happy with it. They're happy. They're delighted. Their management is delighted, Nuclear Blast is delighted. So we're excited for them. They're an up and coming new band. And I think this (European) tour is going to be dynamite. There's our new record, their new record. I think it's just gonna be ridiculous.

On Diversity As a Guitar Player
Advertisement. Scroll to continue reading.

I feel good playing anything, actually. I guess it came from my being a blues guitar player in the beginning. From that idiom I can play anything. Metal was just blues on steroids. That's all it was. That's what Cream was and Led Zeppelin and bands like that. I'm just really blessed to be able to play hard rock, play country. I feel like I could play anything. I want to make a blues album eventually. I'm 66 years old now and this is like my 38th record or something like that. I've played on 60 other albums. I mean, I don't know, people can't keep up with me. It's an honor to play music and to be able to play different genres is very gratifying. It really is. 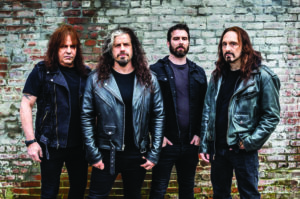 On Helping to Shape Metal and Punk Rock

I invented (Manowar) with Joey, just like I invented The Dictators with Andy. So it's great to see it. I mean when I meet the guys from Amon Amarth they're just hugging me.Viking rock, viking metal, all these sub-genres that we have influenced, it's a great thing. Just like the American punk thing with The Dictators.

Honestly, when we started everyone wasn't so happy with it. Everyone wasn't throwing praises around Manowar and throwing praise at The Dictators. But as time has gone by, it's just golden. That first record's in the Rock and Roll Hall of Fame in Cleveland, The Dictators Go Girl Crazy!. Manowar obviously… we received a lot of ridicule in the beginning for the way we look. It was cheesy, believe me, I thought a lot of it was cheesy, but it was about the music, really. We wanted to get everyone's attention. And, you know, at points we didn't have a lot of money to invest in assets and everything. So we did look a bit cheesy, I admit it. But looking back at it I wouldn't have changed the thing.

On His Current Relationship with Manowar

Well, I haven't spoken to them since Earthshaker in 2005, sadly. Well, I did when one of our guys died. But no, I don't have a very, very good relationship with Joey at the moment. I haven't talked to him. So I don't know. I don't know what he's thinking. Everyone said, like when the Karl Logan incident happened, that he's calling. He's calling you. Why do you think I want to go back there? I mean, you know, I'm doing my own thing. Everyone was saying he's going to call you. Petitions and all these things. Bring back Manowar, save Manowar! No, not a word. And I knew it. I knew that was going to be. He's not going to revisit the past. Maybe I just know too much.

On His Mindset Surrounding the Ross The Boss Band

I have great band members, great influences there. I listened to them a lot. I listened to myself, but I listened to my band. I respected the opinions of the people around me. I am not an egoed out guitar player. I've always let the whole thing work. I put my thing in there but everything has to grow. I could have done any kind of record that I wanted. And I still can, but I don't. I'm not an ego guy. I just wanted the band to work. I'm not sure about a million note solos and stuff like that or the egoed out rock star thing. I think it's more powerful what I'm doing. I know it is. I think I'm just lucky to do it, to be able to play music and make some money at it. I feel like I'm on the right thing again. I think we're pushing the envelope.

In this article: ross the boss 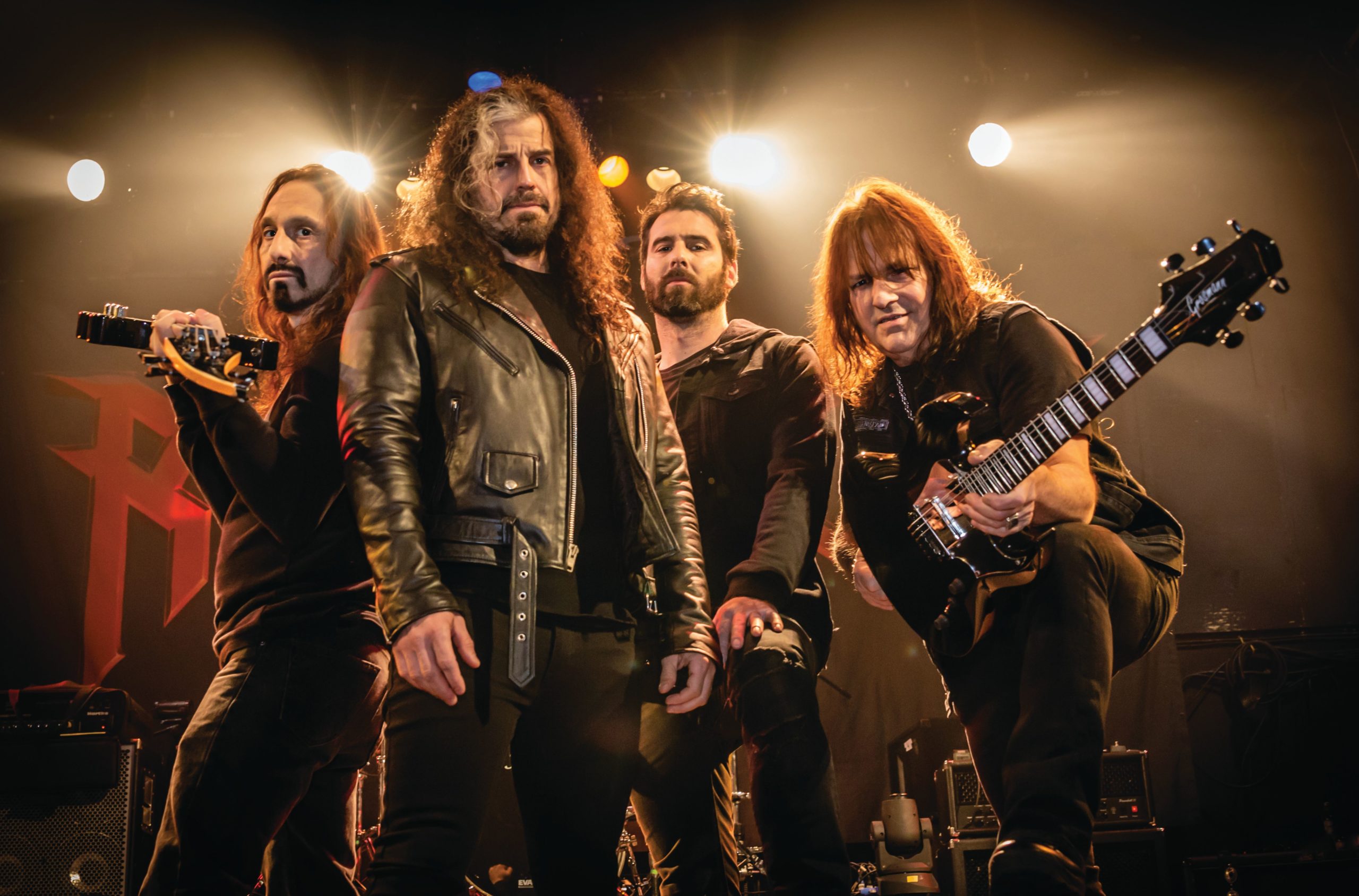 ROSS THE BOSS Thrashes In New Song "Denied By The Cross"

It also has a pretty sweet chorus. 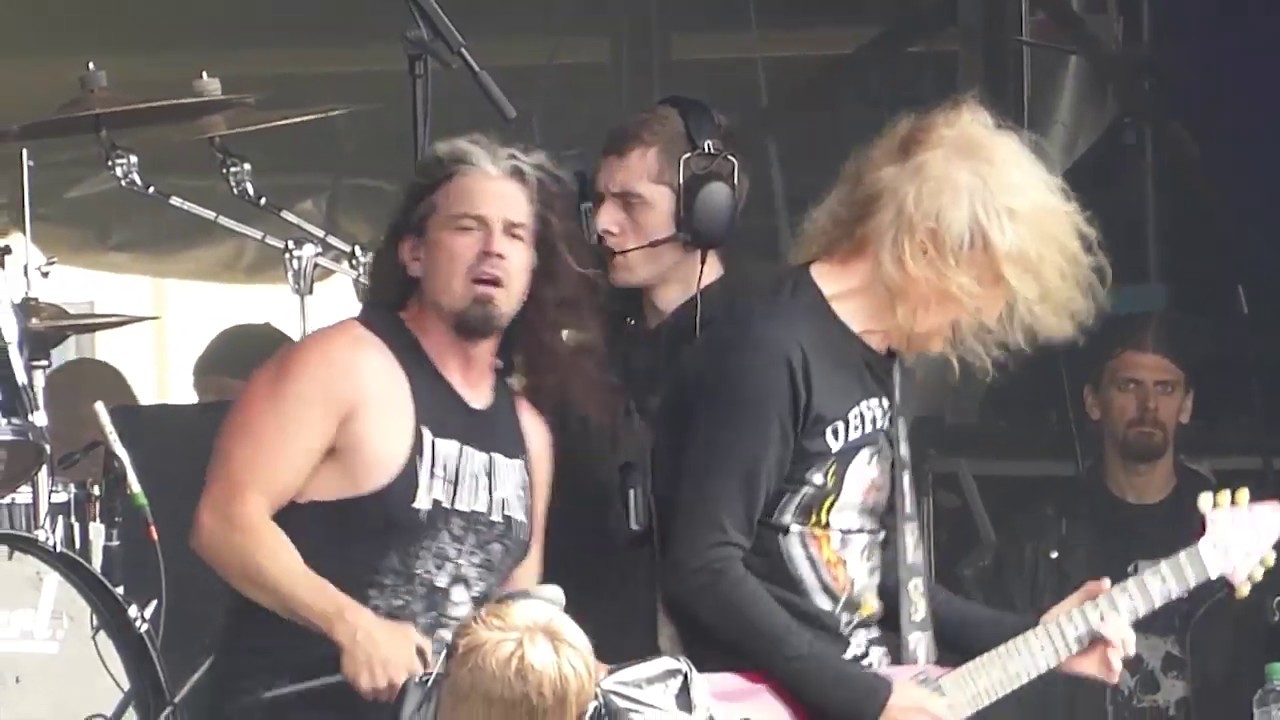 When K.K. Downing said he was retiring from the stage, he kept to it for a decade. That was until his friend Ross The...