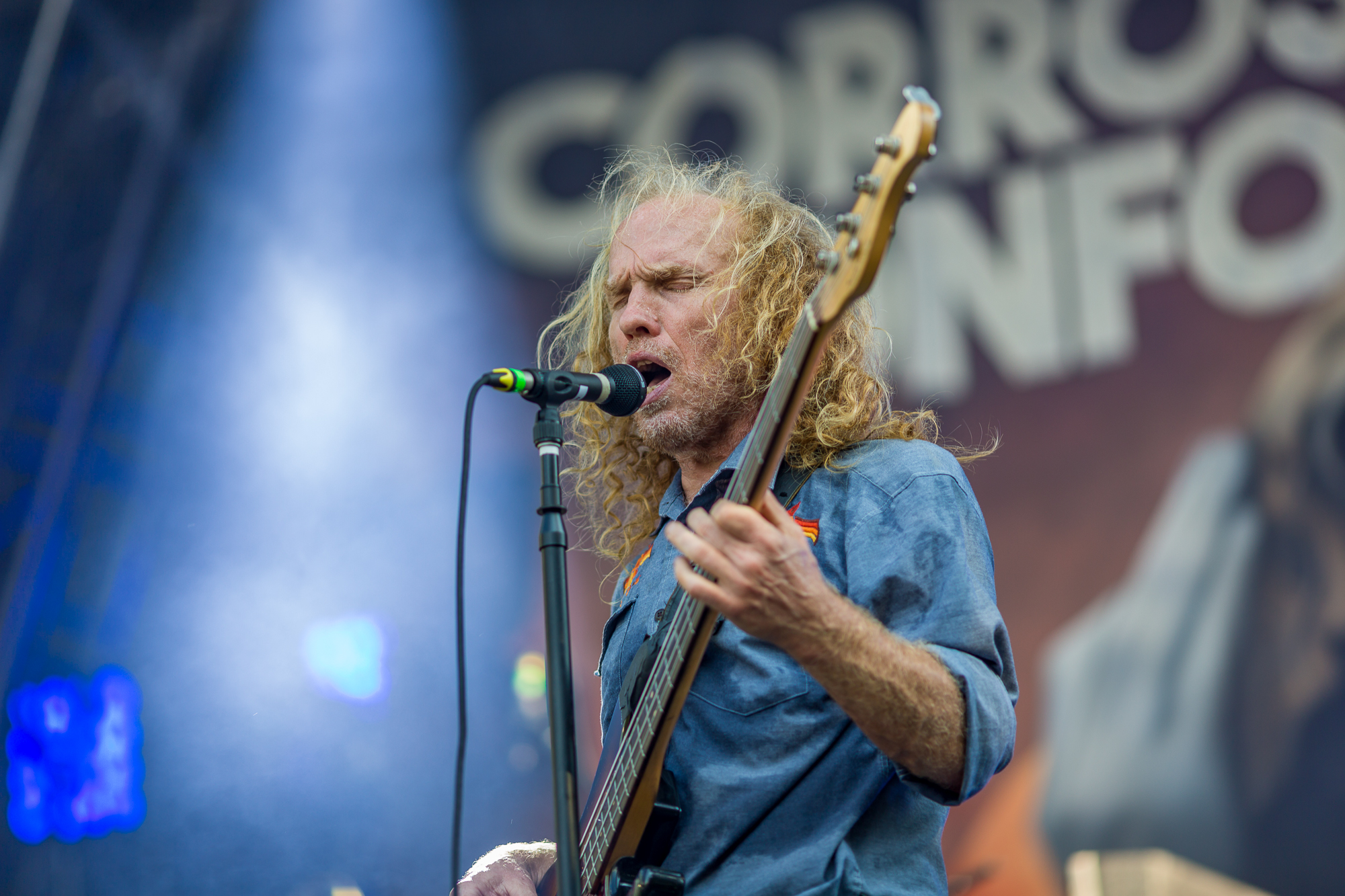 Southern rock lords Corrosion Of Conformity are hitting the road for a U.S. headline tour this month, trekking across the country with fellow riff machines Spirit Adrift and The Native Howl. Yet they’ll be doing so without a semi-familiar face.

In an interview with our friends at MetalSucks, Corrosion Of Conformity bassist Mike Dean revealed that Stanton Moore, who manned the kit during COC’s In The Arms of God era, would likely be handling drum duties on the band’s upcoming album.

Now, in a new one-on-one with Metal Injection, Dean shared that Jason Patterson – who ironically rotated touring duties with Moore in 2005-2006 – would be joining the band on their upcoming run of headline dates, with their latest stick-man Jon Green seemingly exiting the group, temporarily or otherwise.

"That's almost a sore subject because yes, I would say yes; our major intentions, yeah, we want to make a record with Jon Green because he's so fearless and creative and fierce and a good dude to come up with things with. But he has stepped aside for this tour anyway, perhaps totally stepped aside," Dean shared during out sitdown.

"You know, due to family things and he has work back in Manchester where he lives that probably makes more money doing what he does than playing in this band. And it's a little awkward with him being a UK citizen, having to go through the process of getting him a US visa, performer visa, which is a pain in the ass and expensive. So he stepped aside and we were sad about it, but we have Jason Patterson, who played with us in 2005 after we made In the Arms of God with Stanton Moore on drums and Stanton had a lot of prior commitments.

So Green is out, temporarily or otherwise, and Patterson is in, for now, to be followed by Stanton Moore. Quite the revolving door of drummers. Through it all Dean couldn’t help but gush on the talent and pedigree of the British stickman who stepped up at the 11th hour to salvage a COC Bloodstock set.

"I miss Jon. You know, Jon stepped in for Reed when Reed was kind of falling out. And he basically learned a set in 24 hours time when Reed couldn't make it to do the Bloodstock festival in the UK. 24 hours notice he learned the set and played it in front of 60,000 people, basically. Judas Priest festival crowd for Bloodstock. And he just nailed it and there was like no fear, you know? It was like, Oh, this guy's good, you know? So when Reed really started to fall out, you know, that was our guy."

The potential exit of Green comes hot on the heels of the loss of founding drummer Reed Mullin, who tragically passed away in 2020 following well documented substance abuse issues.

"It's been hard not having Reed with us, you know, even before he passed. And extra hard when he passed away. But Jon Green was the logical thing because it's not like where you get an accomplished drummer that's a clone of like the guy that you've always had. That would be kind of insulting and a little cheesy. He's like somebody that kind of brings his own take on the music.

"We're sad that we're not making a record with Jon Green, to be honest. And it was a bit of a shock to recover from, but I understand his reasoning and all that. But it's definitely a hard pill to swallow. Another hard pill to swallow in the drummer development type of situation. Far behind Reed Mullin actually passing away."

Catch Corrosion Of Conformity on tour with Spirit Adrift and The Native Howl at one of the dates below.

In this article: Corrosion of Conformity, interviews