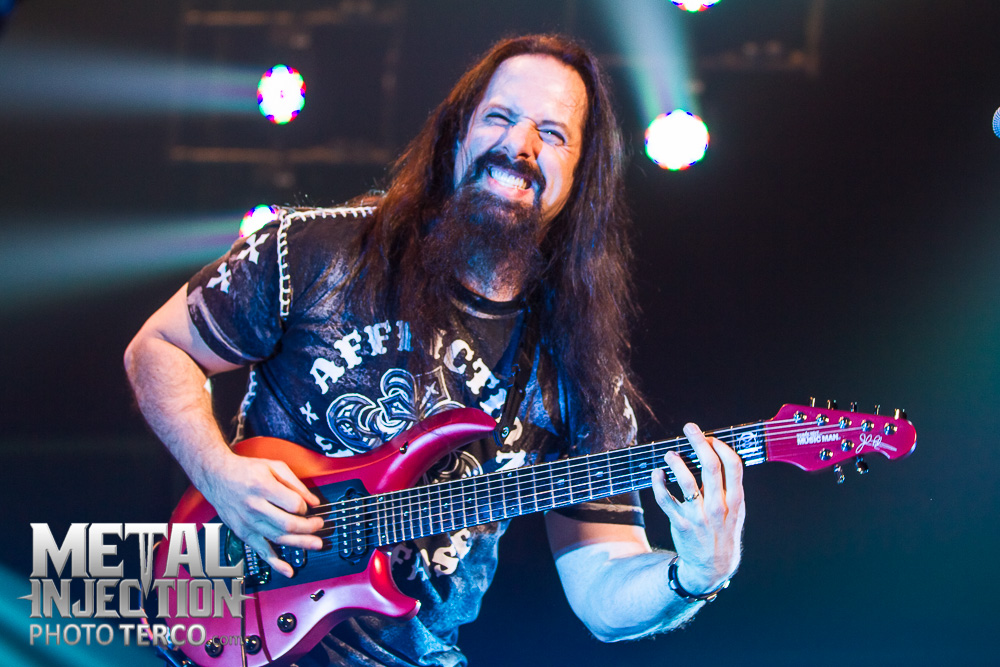 He's a legitimate guitar god, an established road warrior, and he's not taking this pandemic downtime lightly. John Petrucci has been anything but idle in the year since the mother-ship that is Dream Theater last performed live.

Petrucci – from the studio no less – caught up with Metal Injection for a deep dive into Liquid Tension Experiment's reunion and third studio album (available March 26th), Dream Theater's next record, his seminal guitar legends and much more!

On Downtime From Touring

Our last concert was the end of February last year, so it's almost a year since we performed live. Not too often, but we've experienced that before. Just between tour ends doing an album and by the time it comes out you tour again. You know, that happens where you haven't performed in a year. So in some ways, it's not that unusual. I think the idea that you can't tour and you can't perform1 is something that could be frustrating. If you wanted to you couldn't do it.

I know for myself, I love performing. I love being in the studio and being creative, but I also love performing and playing live. It's just a great experience. The other silver-lining to understand is for musicians like myself that do spend a lot of time on the road and do have families, wives and kids and everything, we're usually not home for big events and holidays. This has been really nice, a nice change of pace to be able to have this time home with family and be able to take a bit of a deep breath from all the craziness of just constantly being on the road. And having said that, it's not like I stopped being busy because I'm on my third or fourth album, I think, since I got home at the end of February (laughs).

But also there were logistical catalysts that helped as well. Mike played on my solo album, which I recorded where I am right now at the Dream Theater headquarters, our studio. I brought in my drum kit for Mike to do that. Mike brought in some bits and pieces and we built the kit that he played on my solo album. It was actually the first album we did here at the Dream Theater studios. It proved that we could do it, that it would sound great. We have a great engineer, Jimmy T. When we left those recording sessions it was like just leave the kit set up, so if we do LTE, we know we can do it here.

We have a great engineer, we have a great room. It sounds good. We proved it, so it was actually really easy. Everybody got covid tested and it's like, yeah, just come down to the studio. It's here, it works, we're set up for it. Sometimes that kind of stuff can get in the way. Where are we going to do it? How are we going to do it? Who are we going to use? Like there was no issue, just smooth. Let's do it here, let's use this guy, the kit's set up, it's going to work. So that part was really cool and really easy. I think it made it just that much easier.

On Chemistry in the Studio

No kinks at all, no kinks to work out at all. It was just so natural. Again, just having a place to come to that's comfortable and proven to hang out and do this is step number one. As soon as we saw each other and Tony brought in his espresso machine the same way he did on the first two LTE albums, and we started to drink espresso and did our first jam, it was just like no time had passed. It was so comfortable, so cool, no kinks, no weirdness. The music just flowed. And just like the other two albums, it was done very quickly, very effortlessly, and we had a great time doing it. We probably valued the time even more because we are in the middle of a pandemic and we hadn't seen anybody or hung out with anybody or got together and made music with anybody for several months. So it was a good break from that.

Well for me, fortunately, the kind of music I sort of picked to turn into a career was sort of already in that spirit, progressive music. Growing up listening to Yes and Rush and all these bands with long songs and lyrical concepts and multiple parts and broad careers of all these different albums, I've kind of been in the head space that creating music is a freeing type of experience. There aren't lots of parameters. I guess the only difference in the instrumental setting, the obvious one, is there's no vocals and the different instrumentalists have the task of sort of carrying the pace at any given time. Whether it's the guitar playing a melody or keyboard playing a solo, the bass doing the same melodically or a drummer either taking a solo or establishing a group. You're doing this thing where you're featuring each other and passing the torch as it goes around, so that's like the major difference.

Again, being in a band, writing the kind of style that I've been writing for so many years, I'm used to being in a setting where it's sort of like anything goes. Whatever style we want to infuse, however long we want the song to be, being in that head space is very comfortable. I think the thing with Liquid Tension Experiment, which maybe is a little bit more of an element, is the improvisational element. The first thing when we got together was we did these four really long jams that were like 30, 40 minutes, 45 minutes long and kind of pulled ideas from them. And that sort of sets the mood and the tone. But the freeing nature is definitely something that we're very used to.

On His Definitive Guitar Heroes

Well, I'm not just saying this because you're in Canada, but Alex Lifeson. Rush is my favorite band of all time. I definitely modeled my sound off of him and my approach, orchestration and playing for sure. And he's a huge, seminal player, and the music of Rush, as is Steve Morse. When I first heard Dixie Dregs and Steve Morse, it completely changed my whole perspective. I just wanted to be able to play like that and just practiced like a maniac, hours and hours and hours a day. So those are definitely two guys that come right to mind immediately.

On Rush's Impact on His Career

It might be different depending on where you lived in the US, but where I grew up in suburban Long Island, in New York, Rush was just as big as any other rock band. I mean, I feel like they wrote "Subdivision's" about my high school. They always played New York, every tour. They always came to the Nassau Coliseum or the Garden or whatever. They were always on the radio, like on the New York Rock Station. So to me I just grew up with it. It wasn't like, who's this weird band I never heard of from Canada? I don't think I realized they were from Canada. They just were always right there just as much as whoever it was, Def Leppard or Ozzy or Maiden. Rush was always a big deal in New York.

On 35 Years of Dream Theater

I mean, it's unbelievable. It's not something that many bands could say and we're just so, so fortunate to have this extensive of a career and fans that were not only there from the beginning, but the new ones that we gain with each album that comes out, which is so encouraging. The fact that we've been able to do this type of music at the level that we're at is mind blowing. The fact that I'm still in the same band with John Myung, who I met when I was 12 years old, blows my mind. The things that we've been able to do, the accomplishments and places we've been, it's just unbelievable.

There's definitely a lot we learned from Distance Over Time. And having said that, this is definitely something new and different as well. I can say this, we're hard at work. We still have a bunch to do. It's going to come out later this year. We're actually in the midst of tracking keyboards right now. I don't know if it's just like people are home and you can't tour, but it's like everybody just came to the table to play. Everybody is on fire. The best ideas and best playing. And so the album, it's lit up. There's definitely a lot of energy and excitement to it. I'm really pumped about it.

On the Importance & Impact of Music

I think it's important not to feel too self-important. You have to have perspective. But we all know that music, it's something that we make an emotional connection with. And during the time when there's a lot of uncertainty and life is just so different as all of us are used to, finding any sort of solace in art, whether it be music or any other forms, it's important for people. Likewise for myself as a creative person, being able to do this creates that same feeling for me, as well as being able to have that expressive outlet is really important. It's important emotionally for all of us.

You know, I miss it. People miss it for sure. The world loves live music. It will come back. We'll come back with a force once we're able to do it safely and the world gets back to normal. But in the meantime people do make a connection to our music. The whole The Astonishing record that Dream Theater did, that whole story line I wrote was based on how important music was in our lives and what would happen in a world where it didn't exist. I explored that very deeply, so I understand it. But fortunately music does exist. It's just we can't see anybody perform it in front of us yet. But it'll get there. 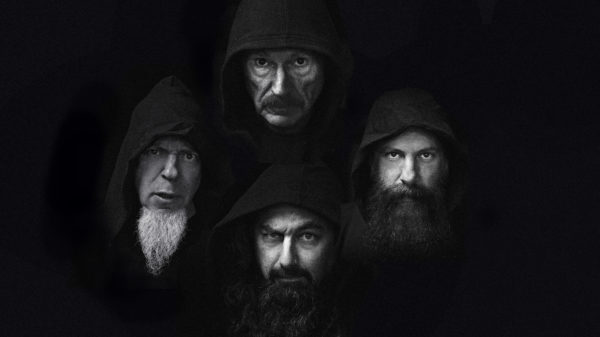