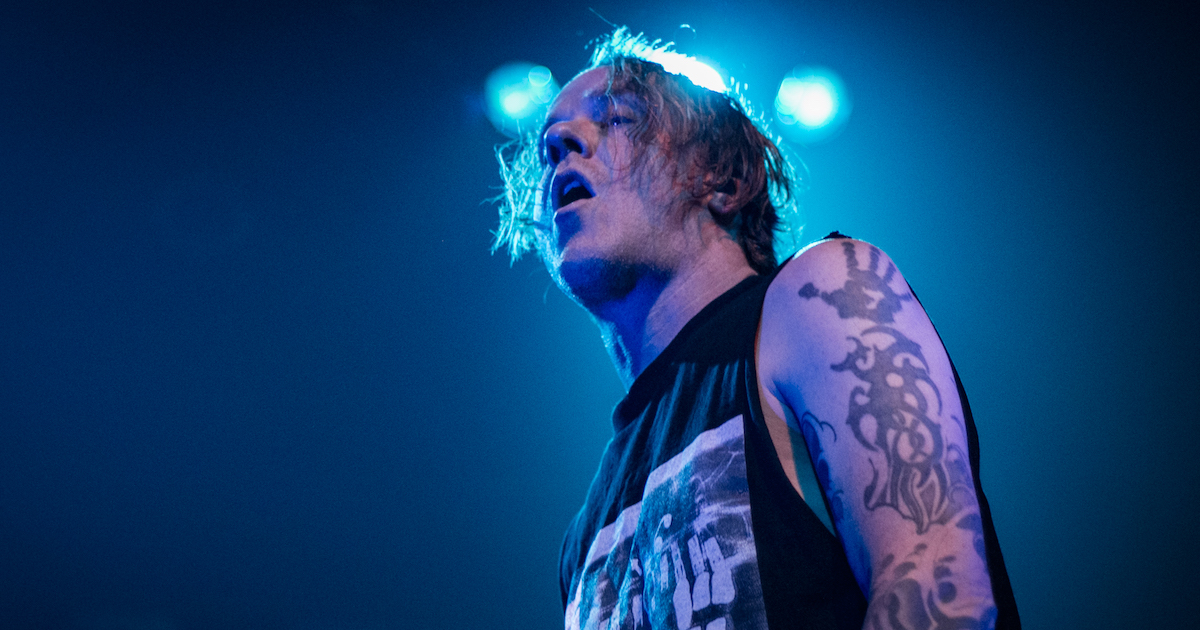 Days before his departure from industrial metal legends Fear Factory, vocalist Burton C. Bell made his thoughts on the state of the entertainment industry known. During with Metal Injection about his side-project Ascension of the Watchers, he said:

“To consider the music industry not essential is fucking ridiculous. It employs millions of people around the world. Not just musicians, but venues, managers, techs… But it’s not just essential for the employees. Music is therapeutic, it’s good for the soul, and without live music there’s no release for people. I think it’s 100% more essential for the human psyche then Wall Street.”

It’s understandable where Burton is coming from. The disappearance  of the live entertainment industry ranged between annoying to existentially threatening for some musicians. It must have been particularly bad timing for Burton who had just finished the 12 year-long recording process behind Apocrypha.

Ascension of the Watchers began as a collaboration between Burton and his good friend Ministry/Killing Joke keyboardist John Bechdel. The first ideas for Apocrypha came in shortly after the release of Numinosum in 2008. “Over the years, I’d sit down with my guitar or my piano and work on arrangements, depending on how I was feeling and the experiences I had,” says Burton, “ When I had a good idea for the arrangement, I would go to John’s or to Wales (with super-industrialist Jayce Lewis) to record the song in demo form. It was kind of like Frankenstein from various places.”

"Everything I write is very personal. For instance, the song ‘Keys to the Cosmos’ was dedicated to a good friend of mine who passed away eight or nine years ago. One of his favourite bands was Fishbone and one of the last times he saw them live, Angelo (Moore) made a statement about the Keys to the Cosmos, and it resonated so much with this friend that he lived his life based on it. So I dedicated that song to him."

Two years ago, with all the arrangements done, the time came to record Apocrypha properly. Ascension of the Watchers launched a Pledgemusic campaign, but that became complicated with Pledgemusic’s bankruptcy in May 2019. “That sucked,” says Burton, in an understatement.

Despite everything, Apocrypha finally took form. The result is a far cry from Burton’s main job with industrial metal legends Fear Factory, a gothic reverb experience that owes more to Type O Negative than it does Nine Inch Nails. Even with the melancholy nature of the music and accompanying videos, Apocrypha is actually an uplifting experience that Burton made to help get through some dark moments in his life. “All the lyrics came from two journals over the last ten years,” he says, “They may be melancholic musically, but all the words are positive.”

Hopefully we will all be able to hear this soon. Burton fully intends to take Ascension of the Watchers on the road as soon as the pandemic is over. “Definitely,” he says when asked about it, “I really want to capture the energy of us in a live setting. This is a band that needs to be played live.”

Apocrypha is out October 9th via Dissonance Records.