The Best & Worst Bands, Booze & BBQ of SXSW 2014 According To Robba

Every year, I feel like South by Southwest gets more flack for "becoming more corporate." But to me, South by Southwest is all about having a great time with your friends and seeing as many bands as possible until your feet hurt from standing all day. On that front, this year was another rousing success.

Trash Talk
This band is tailor-made for SXSW, and I love 'em. I saw these guys at the Scoot Inn and they were the first band I saw and they were already causing riots, and this is before their Beerlands patio show that got shut down in 15 minutes by cops. The best part of the show was when frontman Lee Spielman made the crowd get down and then when the song kicked in, the crowd jumped up and went nuts. Here is an animated GIF of that occurance (see if you can spot Tyler The Creator stagediving):

King Parrot
These guys came from all the way in Australia to blow my mind with their fantastic grind and incredibly hilarious stage banter. These guys wanted a party. My favorite line was when the bassist declared "It's to bright, I need to put on me sunnies." And from now on, that's the only way I'll refer to sunglasses.  Unfortunately, there is no live video, so let's defer to their most recent music video:

Mutoid Man
I don't know how I missed these guys when they played their NYC gigs, but man these guys crushed it. The band features Cave In frontman Stephen Brodsky and Converge drummer Ben Koller. It's a shame this is only a part time band because I really enjoyed the trio's chemistry. The cherry on top was the band covering Cave In's "Big Riff."

The Metal Injection Showcase featuring Scale The Summit, The Ocean Collective, Rivers of Nihil, Felix Martin Vattnet Viskar, The Atlas Moth and Silver Snakes
I mean, duh! Our very first showcase on the Thursday night of the festival was a rousing success. While Lady Gaga was covering herself in BBQ sauce down the block, we were too busy headbanging and circle-pitting. Frank did a stellar job putting the lineup together proving much variety. Felix Martin stood out to me, not because of his insane 14-string shredding, but because of how damn polite the guy was.

Also, the Ocean brought a HUGE show to a very small stage and they delivered big. But, the most exciting was the write up the show got in the local paper, the Austin Chronicle which was placed right next to some titillating sex ads. Yes, there were many hot guys at our showcase.  [pictured right]

The worst thing in the world was waiting on a long linethat didn't move. Mostly because it's a waste of time because you aren't going anywhere. This happened to me at Mohawk's moments before Les Claypool's Duo de Twang hit the stage as I got there right at capacity. Despite about 50 people leaving as I was waiting on line, they let nobody in. It made me so anxious but I ended up listening to the entire set outside. I realize this is a total first world problem, but it still sucks. It still ruled hearing his cover of "Man In the Box"

Look it's hard to complain about getting a free press pass to go attend a festival, even if I have to wait on a long line. For some reason, SXSW made it even more awesome this year with the announcement of this express pass. Basically, as a member of the press you can register once a day for a pass to a single venue which would allow you to cut the line one time. It worked like a charm for me when I tired to hit up a late show at the Hype Hotel, with a line around the block. The crowd couldn't be more pissed, sorry guys, not my rules!

WORST: The People Only There For Free Booze

The Chromeo show I saw was not really the best and it wasn't the band's fault. They were on point. It quickly dawned on me that most of the people there were not there for the music but for the booze. GUYS, COME ON, LET'S DANCE!!

Of all the product shilling, I minded this the least. I almost considered hopping in.

I guess it's so ridiculous that everybody ends up talking about it, so I guess in that sense it's a smart move by Doritos, but UGH! A little too much:

Not metal! But this was the most buzzed about band by a lot of people, including my immediate party crew. We were all about the band all week. Really, our obsession was with frontman Samuel Herring, a new wave Danzig, constantly emoting with each syllable of his lyrics. Every once in a while, he will throw in the most captivating death-growl and I would lose it. It was the most fun I had at the event. The ultimate highlight was running into the band late at night and taking silly metal photos:

They were the nicest dudes and even gave us shout outs from the stage at their final performance: "Hey look, it's our metal bros…METAL BROOOOOS." It was glorious! See if you could spot me jumping up and down in this video…

At the Scoot Inn, there was an African food cart and it contained the best goat sausage wrap I've ever eaten. Which is to say, this was the first goat sausage I ever had and it was fantastic. It was wrapped with cheese, lettuce, sun dried tomatoes and a little bit of love. Highly recommended if you're ever at the Scoot Inn.

It might look delicious but the moment I bit into this atrocity it was incredibly rubbery and just not at all satisfying. Stay away!

Look at these fucking slices! Coming from NY, I am incredibly critical of pizza, but when I was starving during a day show and they offered free cold Hoek's pizza, I couldn't be any more satisfied.

During the day it's not uncommon to forget to eat. I was starving one night and ran to the shortest line I could find, which was Shawarma Point. I can't begin to tell you how much this food hit the spot.

Every year, I go out with a crew to Lockhart, TX to get some authentic BBQ. When we arrived at Black's, the town looked like a Universal Studios western movie lot, except, you know… the real thing! And the signage out front was fantastic:

"Giant beef rib?" I thought, "yea, okay, we'll see about that." Turns out they weren't lying. There were some giant beef ribs:

It was an incredibly authentic experience. Deer heads on the walls! The smell of BBQ permeates throughout the entire town. You walk in and are greeted by a buffet of sides to pick from and then you just go to town and pick out some meat as well. And in case you are curious about my food plate:

No, I didn't catch all the bands I wanted to see, but that never works out. SXSW is all about just living in the moment and having the best time possible and this year was a success in that regard. Hope I'll see ya there next year.

I leave you with a loop of me eating ribs set to Meshuggah's "Bleed" – thanks to the fine folks at HBNBM.com for having the time to do this:

Here is Tony Foresta with his favorite moments from SXSW (video produced by Frank Godla):

In this article: sxsw 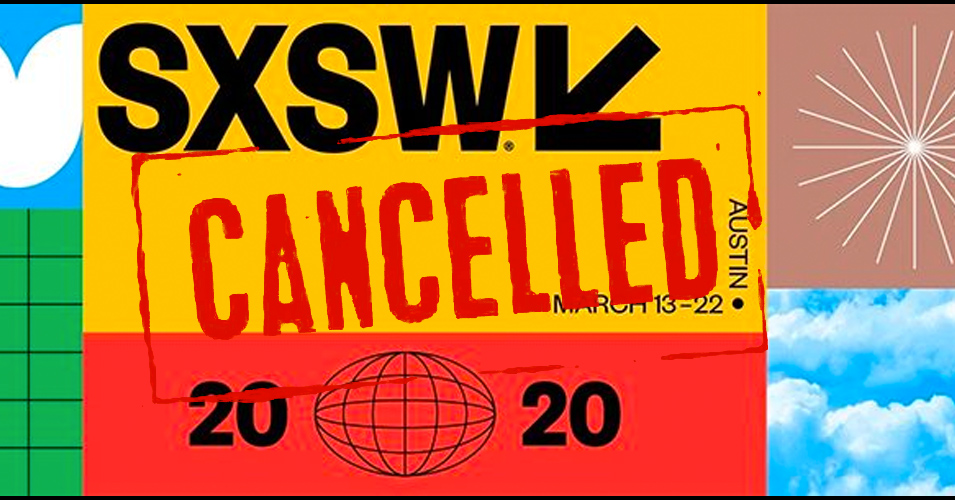 SXSW Lays Off About One-Third Of Its Employees, 2021 Event Now In Doubt

The mayor of Austin made it official.

With the continued – and intentional – contraction of SXSW in 2017, an effort between SXSW, the business entity, and the city of Austin... 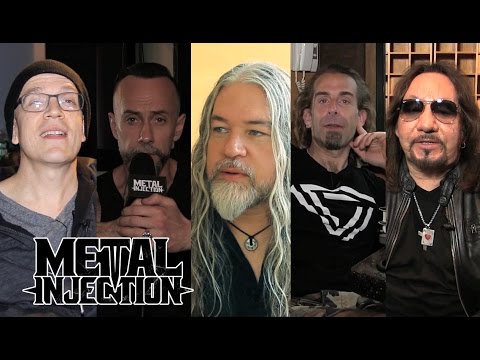 The busiest year yet!