Ozzfest 1997: Where Are They Now? From California To The East Coast

UNDEATH's ALEXANDER JONES Discusses DEFACEMENT, And Their Ability To Rip Off Faces
Ozzfest 1997 saw the return of Black Sabbath and became a full fledged US tour. We check in with four of the second stage bands to see where their paths led after Ozzfest.

This is part of our ongoing retrospective series looking at some of the less-familiar acts that graced the stage on Ozzfest and were they are now.

Ozzfest 1997 picked up where ’96 left off and ran with it. What began as a small, three show event turned into a full-fledged tour only one year later. Black Sabbath returned with their original lineup (sans Ward) along with Powerman 5000, Fear Factory, and Coal Chamber. Joining them were a handful of bands we’re still lucky enough to see today like Marilyn Manson, Machine Head, and Neurosis. Unfortunately, some of the second stage groups have fallen away from the limelight. Let’s look into the four of these once forgotten bands and see if any are still rocking today.

This stoner rock band featured on the second stage was a short-lived group formed by John Garcia, former vocalist of Kyuss. Slo Burn only released one EP before disbanding shortly after their Ozzfest run. Amuse The Amazing was a decent effort, and listening to Garcia’s other projects Unida, Hermano, and his various collaborations won’t damage your ears, but it’s clear that Kyuss was the winning formula for the vocalist. Josh Homme and other ex-Kyuss members would go on to have success with Queens of the Stone Age while a Garcia led semi-Kyuss revival branded under Vista Chino (without Homme) would not achieve nearly the same fame. Still, with bands like Black Sabbath, Marilyn Mason, and Pantera tearing up the main stage, Slo Burn was a unique inclusion to the diverse second stage.

Love 'em or hate 'em, you have to admit that downset. handles rap-metal like no one else. Originally a hardcore band named Social Justice, they tweaked their sound and released a self-titled album in ‘94. Their follow-up, Do We Speak A Dead Language?, is a perfect example of how to correctly blend hardcore music with rap vocals, a feat many of their successors will fail to accomplish. They’ve only released five full length records in the last twenty years, with their latest coming during the in summer of 2014. As of now, all is quiet from their camp.

Few things go together quite as well as Sweden and metal music. This all-female quartet hailing from Stockholm received significant US exposure with their addition to both Ozzfest ’97 and ’99. Drain STH released two albums and enjoyed a fair amount of popularity before disbanding in 2000. Not only are they the first of only a few all-female acts to be featured in the tour’s history, their international roots make them standout from other bands they shared the stage with. Sure, Ozzy and Sepultura played the main stage in ’96, but one of the hallmarks of Ozzfest is that it features bands fans may not have discovered on their own. Drain STH wasn’t another North East hardcore or West Coast thrash group, which only helped grow the notion that Ozzfest was truly a unique event composed of more than homegrown U.S. talent.

If you’re looking for a superb mix of metal and hardcore, get your fix from Vision of Disorder. Another New York hardcore group to take the Ozzfest stage, Vision of Disorder brings a visceral hardcore foundation augmented with occasional clean vocals and melodic structuring. Releasing a studio album almost every year from 1995-2001, VOD took a short hiatus in 2002 before picking regrouping in 2006. Two more albums in 2012 and 2015, sounding better than ever, make it clear that their music is here to stay 20 years after their Ozzfest debut.

1997 established Ozzfest as a legitimate tour that would continue on an annual basis for the next decade. Within a year, the reactionary move that was The Ozzfest picked up enough support to become a successful, nationally touring festival. Though not nearly as eclectic of a mix that future years would hold, this chapter in the event’s history showcased a wide range of metal, setting the stage for years to come. A precursor to what would eventually become a global phenomenon, Ozzfest 1997 was an incredibly successful followup. 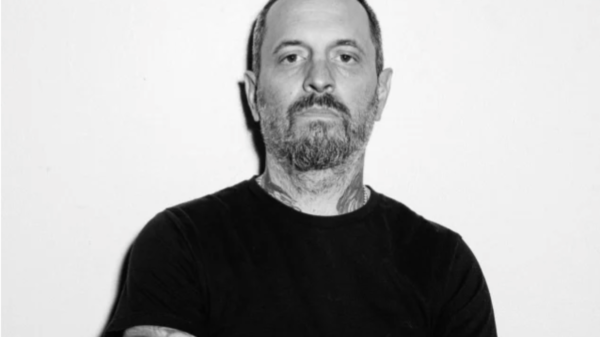 "A blend of classic and indie garage rock."

VISION OF DISORDER's New Song "Electric Sky" Is A Rager

Razed to the Ground might have been delayed, but here's a new song to tide you over.

VISION OF DISORDER's New Song Is A Disjointed Mass Of Riffs

Vision Of Disorder will be releasing Razed To The Ground on November 13 via Candlelight Records and from what we've heard, I'm all about...