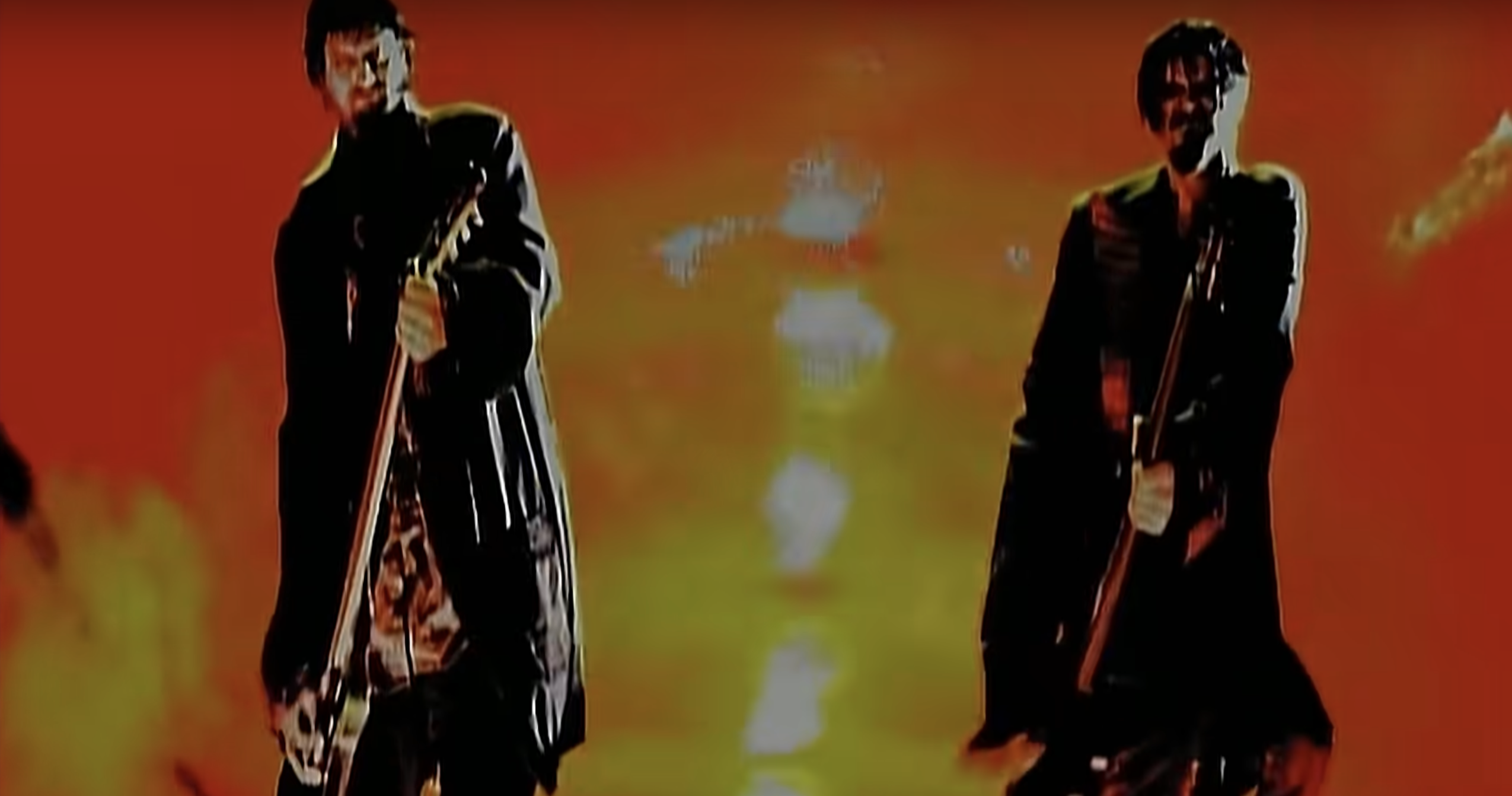 Former Rob Zombie guitarist Mike Riggs became well known for his see-through Fernandes Vertigo guitar filled with blood (and to a lesser extent one that was covered in "skin"). Riggs said in an interview with Ultimate Guitar that he originally chose the Vertigo because nobody was playing them at the time, and that he felt he could make it his "thing." So Riggs took on the endorsement, "junked them up a bit and ended up really liking them."

Riggs then said he had the idea for the blood and skin guitars after someone told him that there's nothing new you can do with the instrument. Though Rob Zombie did have to stop him at one point from filling the guitar with rotting meat and maggots, because it would stink up the trailer. Also, imagine if that thing ever burst or broke on stage or something… the smell!

I call the clear one The Blood Guitar and the green one The Re-animator … I got the idea when someone told me 'There's nothing new you can do to a guitar / everything's already been done to a guitar.' So I came up with the idea of a clear guitar you can put different stuff in … originally I had a 'dead' albino snake I was going to put in it and I had the idea to add rotten meat that would fill up with maggots and I believe Rob said something like 'it's going to stink up the trailer' or something like that … So it ended up being blood and that worked out best since it gets the audience involved and covered in blood."

Riggs clarified he got the blood from a meat packing plant in Austin, TX, and used the guitar on every recording he's done since 1998. Riggs played with Rob Zombie between 1997 and 2003, and performed on everything from Hellbilly Deluxe to Past, Present & Future. Riggs would eventually be replaced in 2005 by John 5, who is still in the band today.