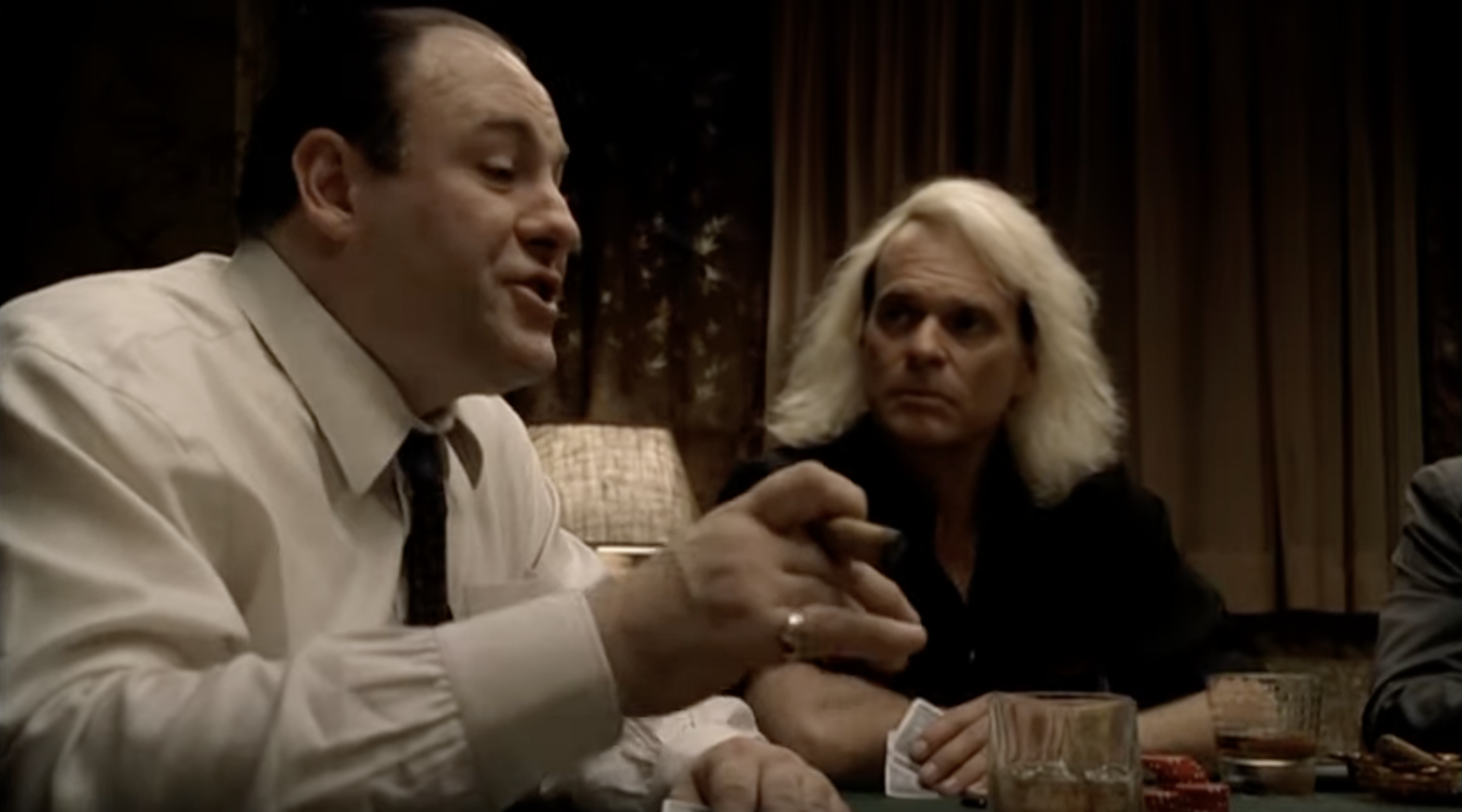 January 10, 2022 marked the 23rd anniversary of the first episode of The Sopranos, the HBO series that instantly captivated viewers when it debuted in 1999. The Sopranos would run for six seasons and along the way, ushered in a new era of Golden Age (or Second Golden Age) TV. In this case it would be intense, character-driven human drama and storytelling with copious amounts of violence and clandestine storylines. And everybody sat down on Sunday night to watch it all go down. If you didn't have HBO, you were parked on a friend's couch that did.

The show had its fair share of guest appearances over the years. Specifically the 2004 episode "All Happy Families" that featured actor Steve Buschemi, the late Peter Bogdanovich, old-school crooner Frankie Valli (a native of New Jersey who appeared on The Sopranos seven times), and an awesome curveball appearance by vocalist David Lee Roth, who of course played himself. After his appearance on the show, Roth reportedly said the following about the experience:

"Mom says I'm going to look like Lee Marvin in ten years whether I'm in movies or not, so I might as well get after it!"

I’m not going to be the one to say that Roth’s dear Mom wasn’t too off-base about her prediction. But listen, if you’re going to look like someone when you get older, Lee Marvin (whose hair turned prematurely white by the time he was 40), isn’t the worst-case scenario by a long shot.

Roth was seemingly everywhere in 2004. And some of the places he popped up were completely random, outside of course showing up on The Sopranos, seated at Tony's right hand at the poker table. He toured as a solo act in Japan, the UK, and the US in January, February, and March, and would later make headlines when it was discovered he was (and had been) a paramedic in New York City and ended up saving a woman's life after she had a heart attack. Plus he walked the Red Carpet at the MTV Video Music Awards and performed with the Boston Pops on the 4th of July. So, considering all this, it's not a major stretch that the stars aligned between the Big Apple and its neighboring New Jersey (both were primary filming locations for The Sopranos). Again, Roth ended up playing himself with his hair long and colored platinum blonde, as a guest at Tony's infamous poker games. Here's an amusing take from Roth (as told to Rolling Stone) about Tony Soprano, one of the greatest fictional protagonists ever portrayed on television, played by the late James Gandolfini:

"You know, twenty years ago, Tony Soprano was driving around New Jersey in his Iroc-Z just blasting Van Halen."

His scene lasts 90 seconds, but he still got to deliver a few lines of dialog. One of which is classic David Lee Roth – a "let me tell you a story" moment which must be absolutely true. The 2004 season of The Sopranos would be the first time the show, after being nominated for an Emmy every year since it began, would finally score the award for Outstanding Drama Series. And of course, Roth had a hand (probably a royal flush), in that.

Bless you, David Lee Roth. We don't deserve you.

David Lee Roth having his big moment on The Sopranos in 2004.

In this article: David Lee Roth, James Gandolfini, the sopranos