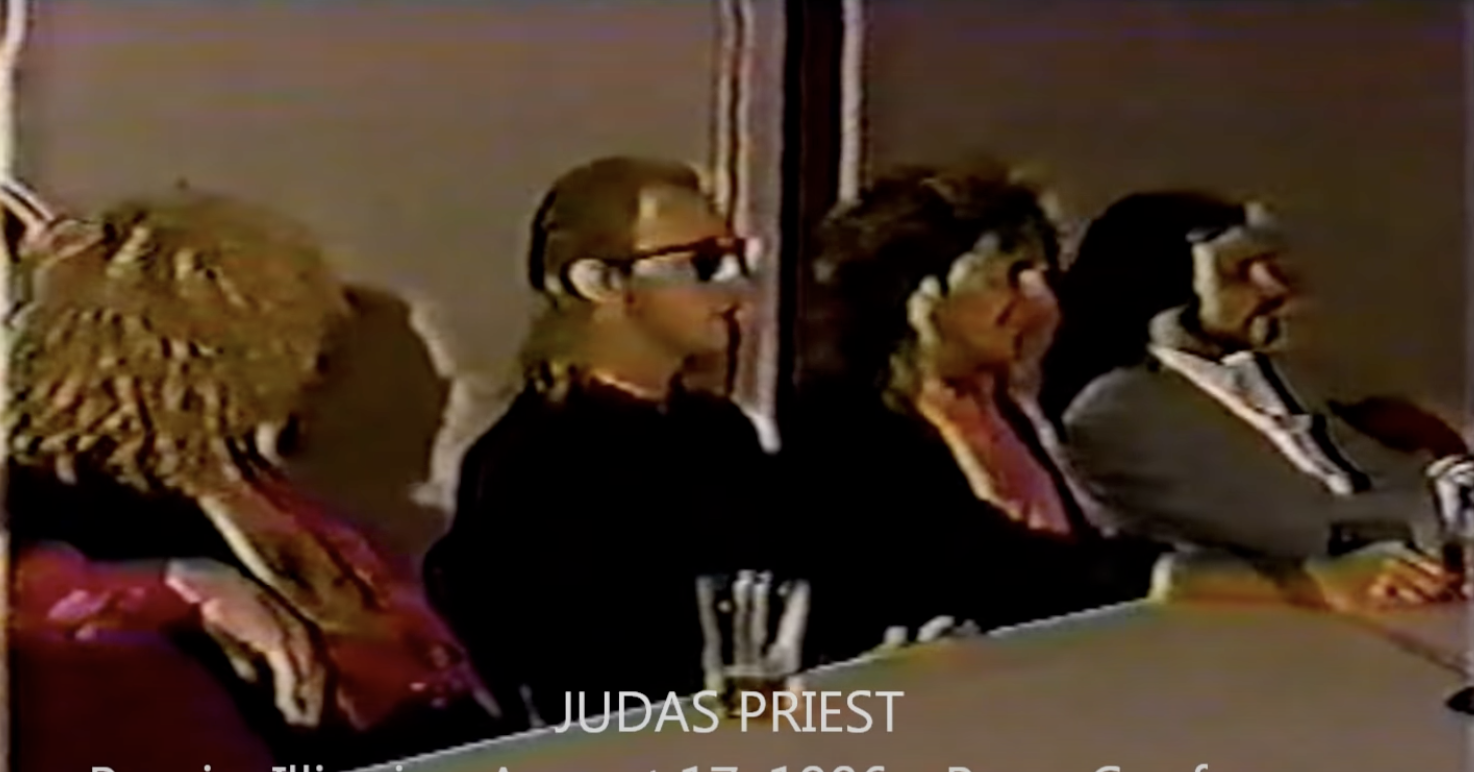 A couple of months before they arrived in Peoria, Illinois on the Fuel for Life tour in 1986, Judas Priest had just been the subject of director Jeff Krukick's Priest-loving documentary, Heavy Metal Parking Lot ("HELL YEAH!" never forget!). On August 17th, 1986, the band played the Peoria Civic Center (with Krokus opening the show) and later took part in a press conference hosted by local radio station WWTC, led by one of their DJs. The room is full of Priest super-fans, all of whom submitted three questions for Priest. The station then selected "the best" questions from the lot and had each corresponding fan ask the band the question themselves. The headbangers of 1986 Peoria did not disappoint, and neither did the members of Judas Priest.

Tribbett just so happens to be a native of Peoria, so it seems like there’s a good chance that the Greg in the video is Greg Tribbett of Mudvayne (who would have been eighteen at the time). With a little help from YouTube, we just might have Scooby-Dooed the heck out of this little heavy metal Easter egg. There is another strange thing about this press conference – Rob Halford seems to be silent for lots of it, which may lead you to think there was a recent rift between the band members. Speculation aside, this is likely not the case, as it is well known Halford has for decades rested his voice following live shows, and drinks a special concoction of tea to help him soothe his throat. As he often did in television appearances with Judas Priest, former guitarist K.K. Downing comes off as the happiest dude in the room, maybe even on Earth. And why shouldn't he be? It’s 1986, he's in Judas Fucking Priest, and he has amazing hair.

A few of the highlights from the press conference include the band's answers to what profession they would be involved in if they were not in the profession of being Judas Priest. K.K. threw out "tennis player" because I guess the golfing bug hadn't bit him hard enough yet. The other responses are very much worth hearing for yourself, especially Halford's answers. Later on, when asked about how the band came up with the name Judas Priest," Glenn Tipton launches into a very off-the-cuff story that he might have lifted from Ronnie James Dio's "How to be Metal" playbook. This footage is about as the 1980s as it gets. Long live JUDAS PRIEST!