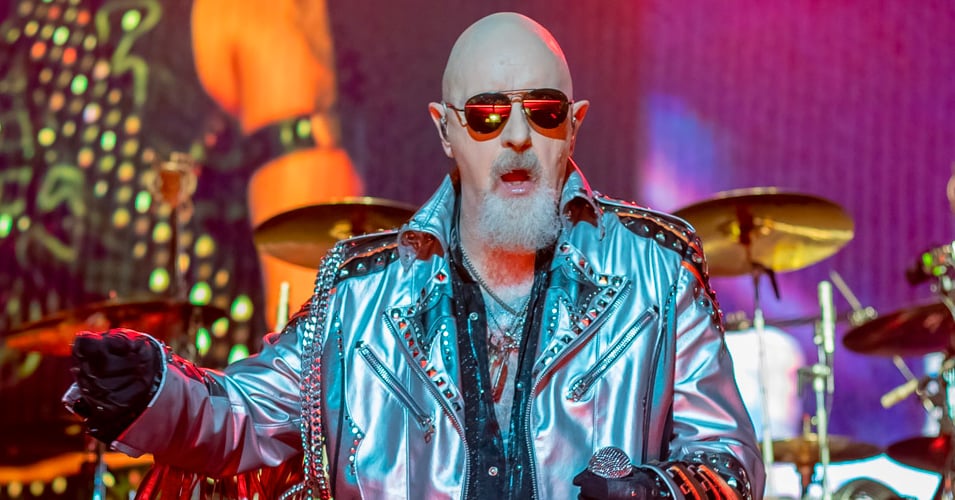 Today, August 25th, 2020, is Rob Halford's 69th birthday (nice!) and we thought we would celebrate the Metal God's defining feature… his voice!

The appeal of listening to isolated tracks from well-known jams has long been a thing. The first example that comes to mind is the now infamous vocal tracks of David Lee Roth lifted from "Runnin' With the Devil" (1978). Though their first full-length album would not be released until 1974, 2020 marks the 50th anniversary of Judas Priest. And while the historic tour in celebration of this hallowed event won't be happening, the very metal milestone for a band led by metal god Rob Halford must be acknowledged. And loudly.

In 2016 Halford jawed about his impressive ear-searing vocals and what he has done over the last five decades to support his ability to hit six octaves album after album, gig after gig. In addition to minimizing his vocal interaction with people after a live show, Halford says he requires, at minimum, ten hours to let his voice recover. If you've seen Priest live, you may have noticed Rob likes to chew gum. He credits a UK brand called Airwaves for helping him hit "clear, clean notes" thanks to the power of menthol eucalyptus. He also drinks tea made of honey, lemon, and ginger, so hot most normal people would not be able to drink it. But Rob Halford, as we all know, is no "normal" person. Before he got sober in 1986, Halford was a legendary partier and drug addict. He has also assessed his live performances during this period as "inferior" to anything he has done clean. Before he got sober, Priest put out nine fucking albums, all of them profoundly influential and defining for the band and the genre of metal. Another thing all of these records have in common are examples of Halford's shocking vocal prowess, something the vocalist has never ceased to deliver.

This is especially true of Halford's vocals culled from a live performance of "Diamond's and Rust" found on the 2004 Reunited Tour Documentary. The footage of the performance includes a shot of one fan down in front being brought to tears by Halford's emotive rendition of Joan Baez' lovelorn classic. He was 53 at the time. Let's start things off with Halford's isolated vocals from 1978 on the early Priest anthem, "Hell Bent for Leather."

'Riding on the Wind.' This one goes to fucking eleven.