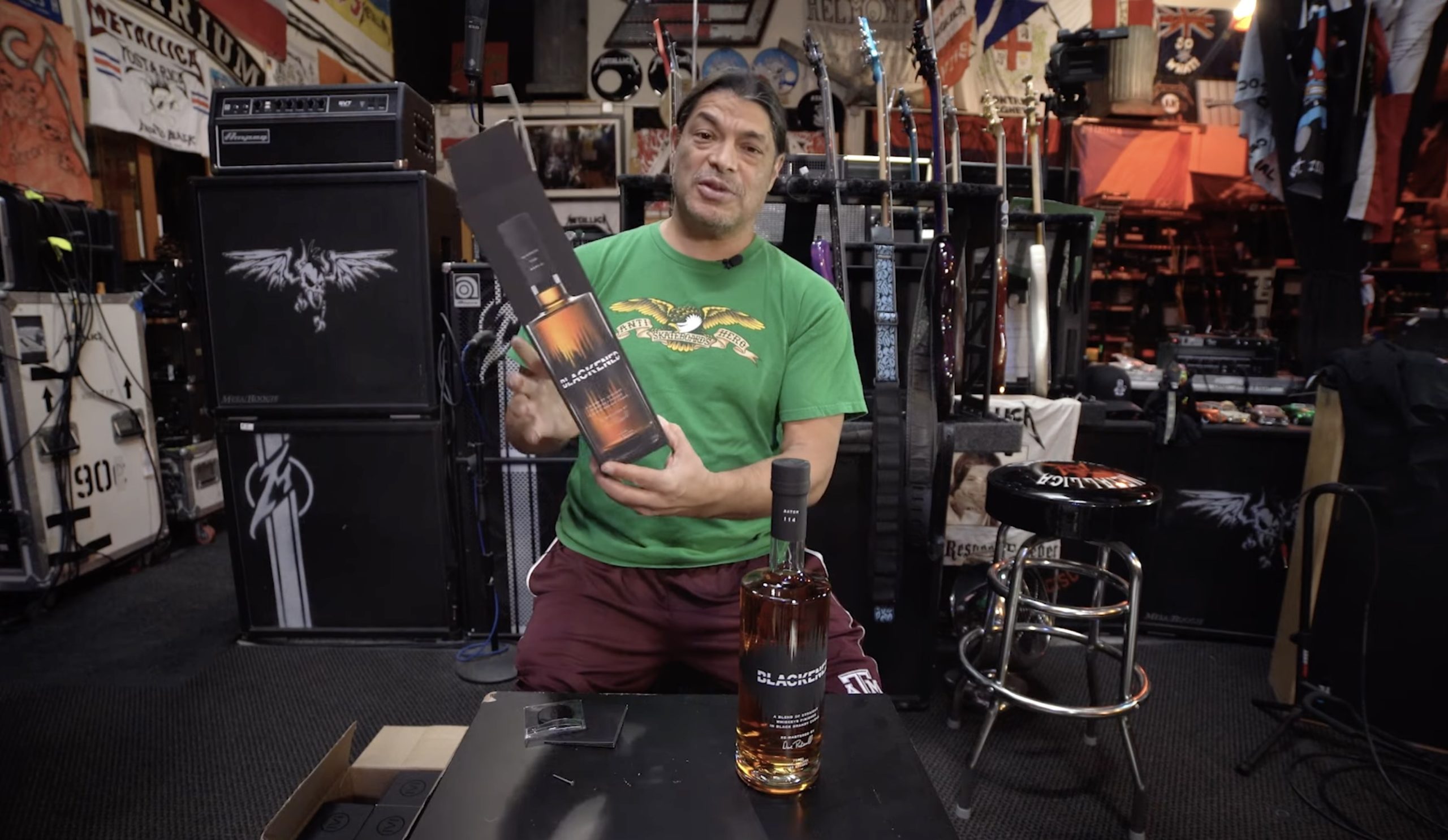 It's almost hard to believe that it's the 30th anniversary of Metallica's smash self-titled 1991 album, affectionately referred to as The Black Album. Metallica has decided to make their flavored whiskey a part of the celebration of the monumental anniversary.

Every batch of the band's whiskey is "sonically-enhanced" by the band's music, and for the latest batch, they made sure the whiskey listened to The Black Album.

“It seems our friends at Blackened American Whiskey have been spinning The Black Album a lot lately – it’s the focus of their latest special release! Available now, you can enjoy a bottle of Blackened’s Batch 114, sonically-enhanced by the album itself, as part of a limited-edition collector’s pack.

“The pack also includes a collectible whiskey coin and the Snakebyte Cocktail Booklet, a recipe book featuring riffs off the classic whiskey Snake Bite drink from some of today’s rock star bartenders from across the country, and named after James Hetfield’s Signature ESP Snakebyte Guitar.

“Using the proprietary BLACK NOISE® finishing process, Batch 114 was blasted with all 12 songs from The Black Album. A standard finishing practice for Blackened, the black brandy casks are pummeled by low-frequency sound waves forcing the whiskey to penetrate deeper into the barrel, extracting more caramel, honey, and vanilla flavors from the wood.”

Here's Robert Trujillo explaining it a bit. You can purchase yours here.