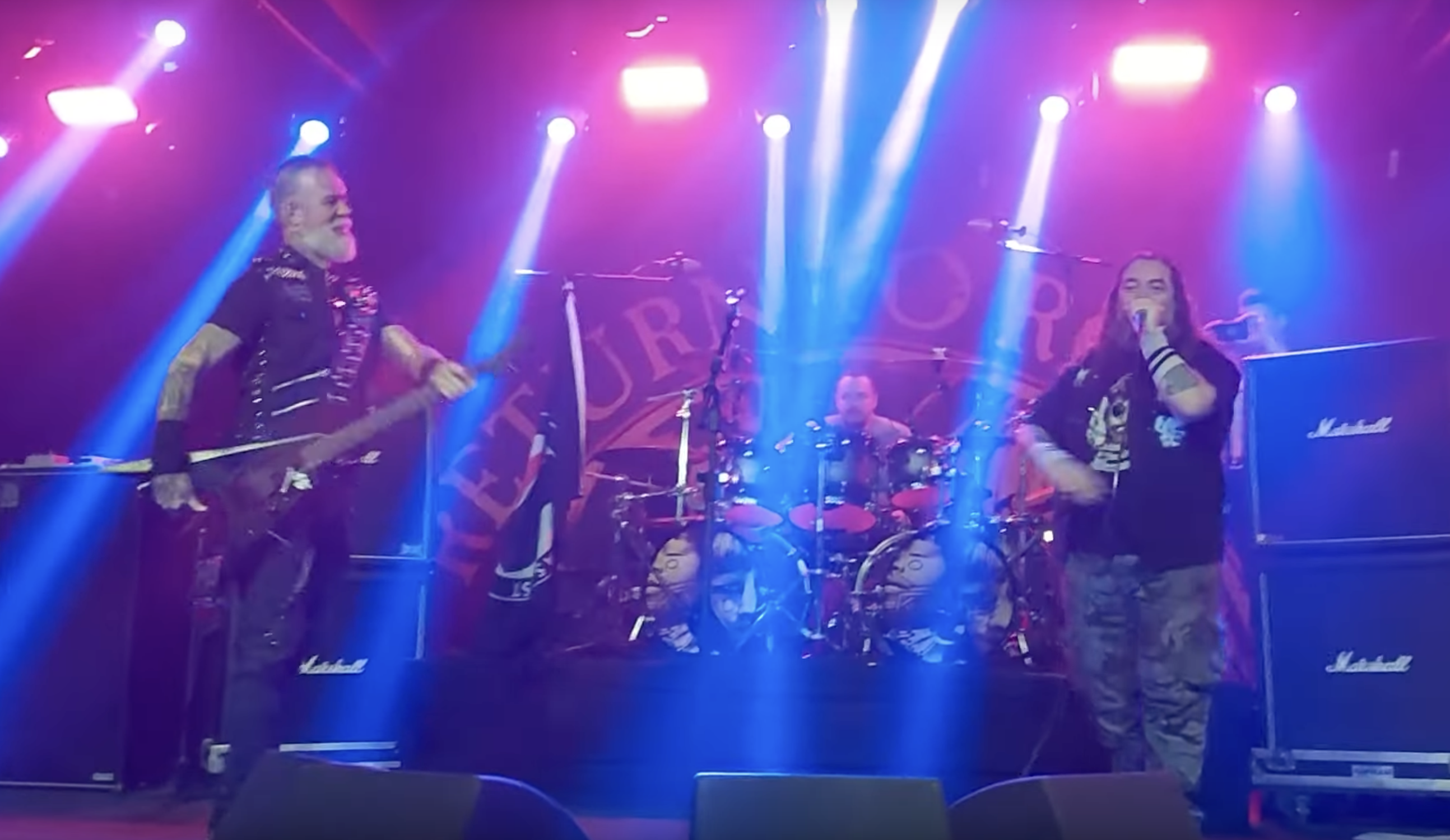 Most of Sepultura's Morbid Visions lineup – frontman Max Cavalera, drummer Igor Cavalera, and guitarist Jairo Guedz – reunited on stage for a cover of Sepultura's "Troops Of Doom" on August 4 and 5 during two shows in Brazil. The reunion wasn't exactly surprising considering the Cavalera brothers are out on their Return Beneath Arise tour, and the two aformentioned shows were opened by Guedz's new band The Troops Of Doom.

As for the current Sepultura lineup ever getting back with the Cavalera brothers, it seems… not entirely impossible? Max's brother and ex-Sepultura drummer Igor Cavalera said in a recent interview that reuniting with his former bandmates would be "awesome." He then notes he's perfectly happy with the "real reunion" of playing with his brother, but still – a Cavalera reunion with Sepultura would be nuts.