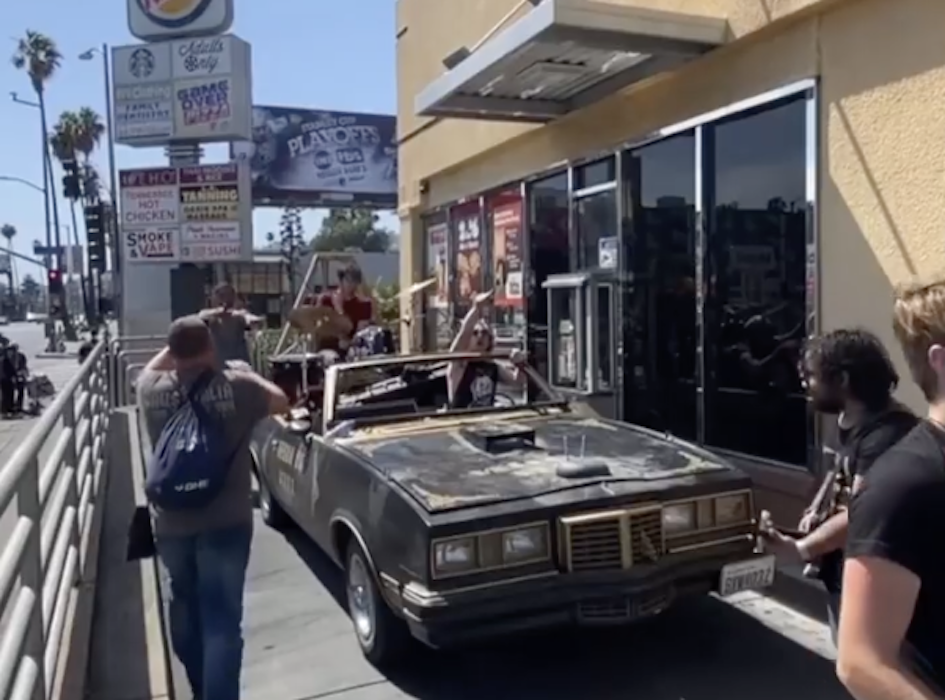 Listening to AC/DC's "Thunderstruck" is always a good time. Listening to AC/DC's "Thunderstruck" being played by a band in a Burger King drive-thru is somehow more magical than the normal experience. So shout out to Hollywood, CA band Vella La Vella for doing exactly that. What really takes this comedy to the next level is that the cover is actually well performed, and not just some goof for the sake of goofing – Vella La Vella can play!

No word on if the Burger King in question was in on the joke, or their employees just got treated to some surprise riffing midway through the work day. Though given the band's clear penchant for playing in front of Burger Kings (and Wendy's), I'm guessing the latter to some extent. And who knows – Vella La Vella DID say they love Whoppers… maybe there's a sponsorship there. Gotta pay the bills somehow, right?

Now if we could just hook Vella La Vella up with Hemorage, the band that plays shows out of their truck, we could have a pretty sick mobile tour going.