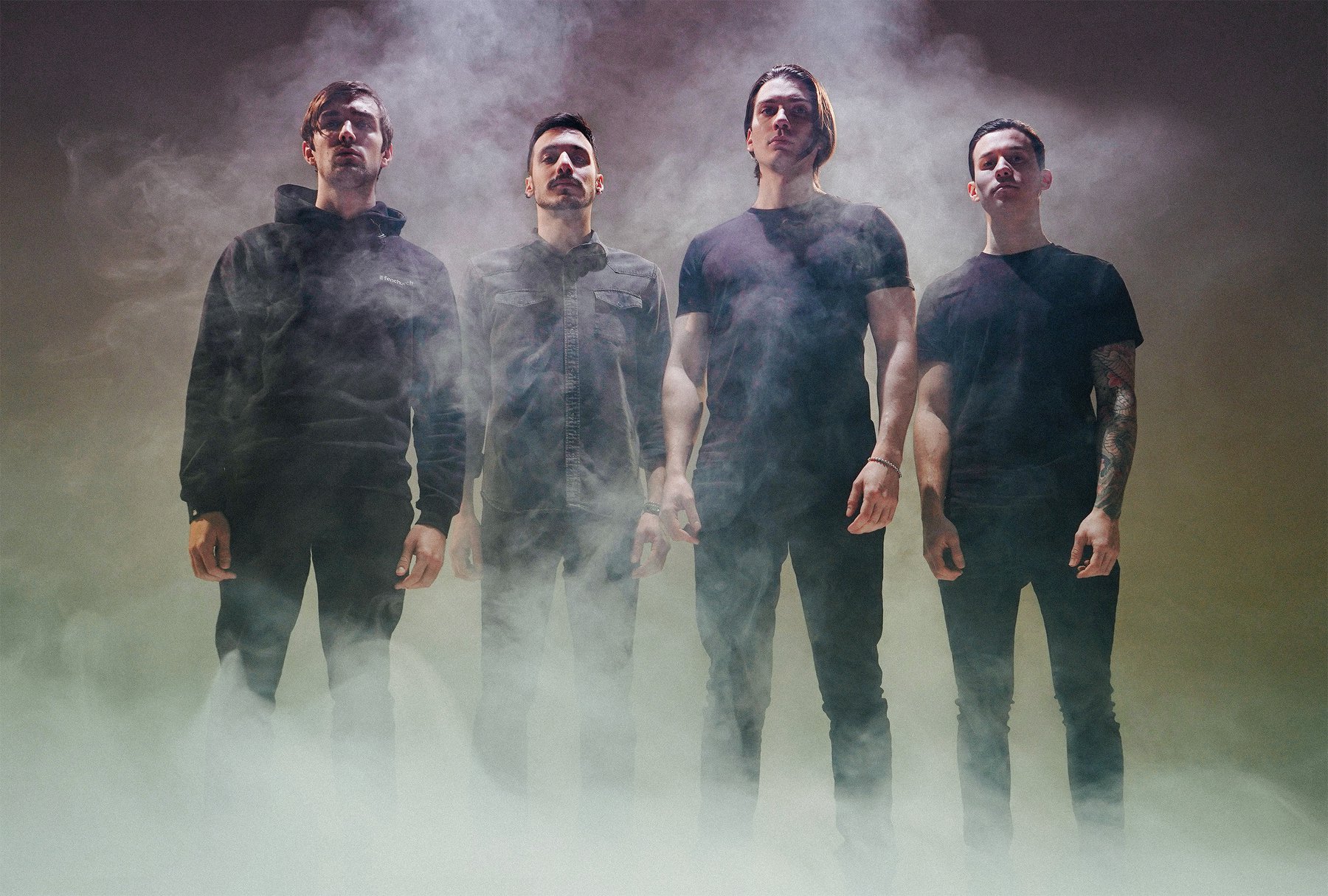 Despite Exile is an Italian progressive metal act consisting of Jei Doublerice (vocals), Giacomo Santini (guitar), Giovanni Minozzi (bass), and Simone Cestari (drums). The band's style is difficult to pinpoint as they hold song structure similarities to some modern core acts like After the Burial or Within the Ruins, without ever going soft or djent, but instead leaning back on a more technical death metal foundation in the vein of perhaps Beneath the Massacre and Fallujah.

We're excited to be premiering the band's new single titled "Venom." The track immediately conquers in terms of in-your-face death metal chaos, yet is surprisingly able to throw in melodic and progressive moments without losing that vicious edge initially established. With the metal scene in Italy gradually growing over time, Despite Exile definitely fits in with the rest of the more hard-hitting acts like Fleshgod Apocalypse, Hour of Penenace, and Destrage regarding their spectacular sense of musicianship and heaviness. You can check out the music video for the new single now, released via Famined Records.

In this article: Despite Exile