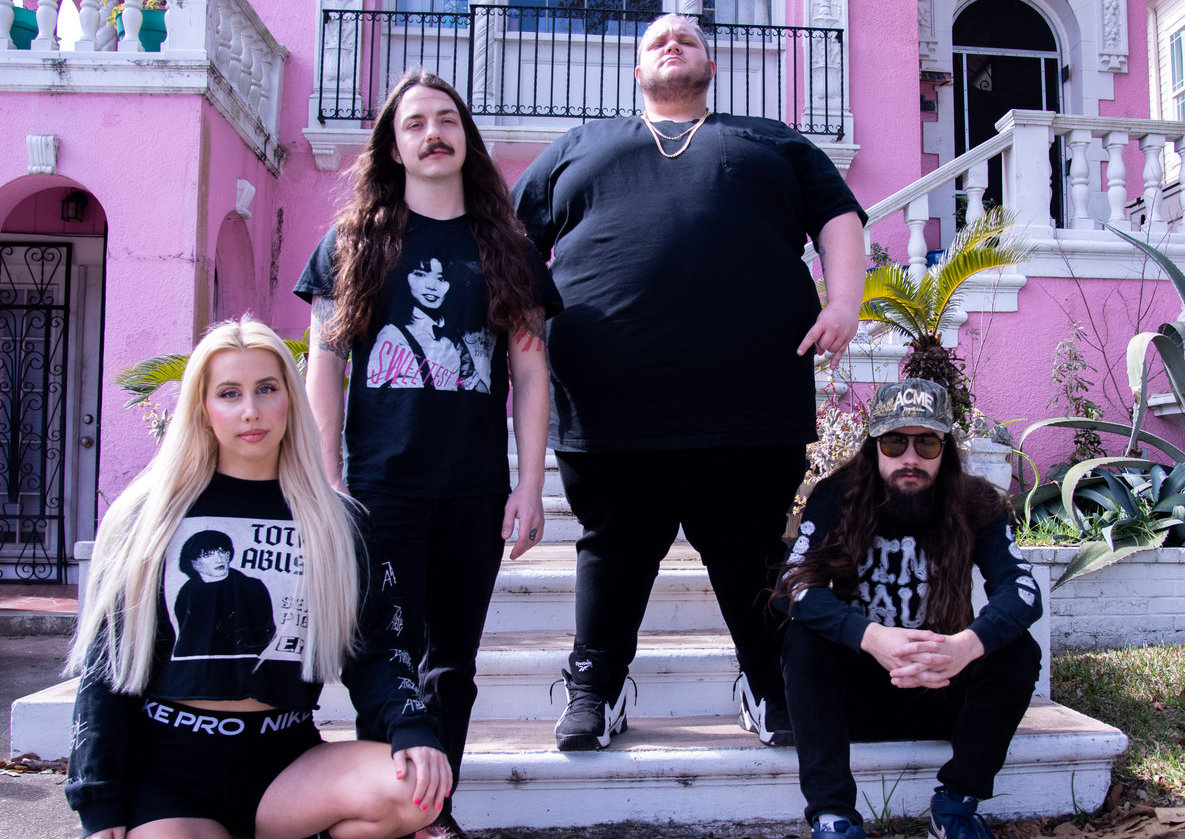 The Abbey – "A Thousand Dead Witches"

Bleed is back with a brand new single called "Killing Time" that's sure to please anyone looking to get their '90s Deftones-style shoegaze metal on today. The single is from Bleed's currently-unannounced debut album due out in 2023 via 20 Buck Spin, which is sure to kick ass.

New Orleans death metal influenced hardcore act Brat is here to beat your ass right into next week with a brand new single "Human Offense." Then I'd imagine you're going to cart your unconscious body around for a bit in their pink-lined van, which you'll see in the below video.

Cryptae is here to dredge up only the most insane death metal thanks to "Trench." Clocking in at just under two and a half minutes, Cryptae brings everything from frantically strobing melody lines to outright cavernous beatdown riffs. The end result will leave you in a heap on the floor. Cryptae will drop Capsule on November 18.

Daeva, the blackened heavy metal band featuring three members of Crypt Sermon and former Infernal Stronghold vocalist Edward Gonet, just released their debut album Through Sheer Will and Black Magic. It's awesome, but holy shit – how are we all not talking about how sick Steve Jansson is at guitar?

Dryad will release their debut album The Abyssal Plain on January 20, and they've got a cause. Of their first single, Dryad states it's "a call to arms to save our oceans before it’s too late – a black metal d-beat attack in defense of water sanctity (as well as a slight nod to a favorite horror film)."

Elder will release their new record Innate Passage on November 25 and is now streaming their epic single "Endless Return." As is customary with Elder, the song clocks in at damn near 10 minutes and is nothing short of a psych-heavy progressive masterpiece.

Legendary Japanese post-rock-meets-screamo band Envy is back with a brand new single "Seimei" and an EP of the same name due out November 9. "Seimei," as Envy always does, is beautifully constructed music laid behind spoken word vocals that all explode into a flurry of massive melodies and distortion. It's great.

New Jersey death grinders Ground is here to kick your ass right into next year with their new single "Tastemaker." Clocking in at less than 90 seconds, "Tastemaker" comes in like a hurricane made exclusively of bricks and fucks your entire situation up. Ground's new record Habitual Self-Abuse is out now.

Portland duo Hoaxed recently released their Relapse Records debut album Two Shadows and it's fantastic. It's a great mix of doomed heavy metal, goth influence, and maybe a touch of Americana folk for an end result that's catchy as hell… and has some very serious riffage.

Loss Becomes is about to make you sing along as you get your morning moshing in with their new single "Grudge." Equal parts anthemic and throw-down-worthy, "Grudge" is the kind of song that you're going to turn up the second it hits the chorus. I mean, you can try not to do that, but you're going to. It's unavoidable.

Rhythm Of Fear is here to groove their way right into your brain with a brand new single "Alien Synthesis." I mean seriously, if you can get past the whole "AFTER! THE ABDUCTION!" bit and not have this buried deep within your brain, then there's something wrong. Rhythm Of Fear's new album Fatal Horizons is out now.

Long-running sludge act -(16)- is back with their new record Into Dust due out November 18 and surprise surprise, it's stuffed to the gills with nasty riffs. It's also great to see -(16)- being more consistent with their output in recent years, given their general excellence in being filthy.