The Wednesday Sludge: A Look Back At IRON MONKEY's Debut Album

Every week, Nic Huber dissects the heavy riffs of bands — new and old — in The Wednesday Sludge. This week's column is a look back at one of the greatest sludge albums of all-time.

If there is one thing that can be said about sludge metal is that ultimately everything goes back to (the) Melvins. What if Pepper Keenan would have never given Jimmy Bower that Melvins cassette tape? Would Eyehategod exist? What about every other sludge band in the world?

It all goes back to the Melvins' 1987 debut Gluey Porch Treatments, which is considered to be one of the first true sludge records according to Daniel Bukszpan's book The Encyclopedia of Heavy Metal.

The Melvins' ability to craft hardcore punk with the slower, bluesier, riffs of Black Sabbath captivated a generation of bands who didn't find themselves aligning with the thrash and death movements of the late 80's and early 90's.

Two of those bands existed on opposite sides of the pond but were no doubt heavily influenced by Buzz, Dale and the revolving door of Melvins bassists: New Orleans, Louisiana's Eyehategod and Nottingham, England's Iron Monkey.

After playing a handful of shows, the band entered the studio in 1996 to record their eponymous debut album, which was originally released on a small imprint called Union Mill before being reissued by Earache Records a year later.

The sticker Earache placed on the cover of the 1997 reissue describes Iron Monkey's debut perfectly: "Nearly 40 minutes of down-tuned aggro-stoner sludgecore." The album, much like their American counterpart Eyehategod, intertwines the fierce hardcore punk of Black Flag with the Melvins' slow, fuzzy, aggression to an almost perfection.

From Iron Monkey's opening moments, the amplified feedback along with the groove created by Iron Monkey's rhythm section immediately smacks the listener with crusty d-beats that go on for the next 40-something minutes. Riffmiesters Jim Rushby and Stu O'Hara, the latter replacing Steve Watson shortly after the band's formation, supply an endless barrage of fuzzy riffs that could have ended up on a Weedeater or a Buzzov*en record.

Morrow's full-throated vocals, coupled with his manic stage presence, tattoos and bald head, helped earn Iron Monkey the rumor that the band formed in prison. According to Noisey, the band also became the subject of controversy throughout the press due to their aggressive live show, and were eventually barred from playing in London.

The band still managed to release a follow-up to their eponymous debut with 1998's Our Problem, which helped transform Iron Monkey into one of the premiere sludge powerhouses of the 1990's. The band released a split in 1999 with Church of Misery called We've Learned Nothing, which is a personal favorite of mine.

Unfortunately after the release, vocalist Johnny Morrow was discovered to have been suffering from a life-threatening kidney disease while out on tour with Pro-Pain.

"It got a lot darker, when Johnny got ill," Greaves told Noisey. "That last tour we did with Pro-Pain was really dark. Johnny was getting seriously unwell and nobody realized what it was. It was the middle of summer, and he’d have a jacket and a hoodie on in his sleeping bag, and he’d still be shivering, he was turning yellow. In the end we went to a doctor in Poland, and he said, ‘This guy has got to go home, he could die,’ so we called Earache right away—and they refused to send us any money."

Greaves told Noisey that Pro-Pain ended up helping the band out by giving them money from merch sales to pay for the fallen vocalist's flight home.

"When we got home we called Earache and told them that was it, we wanted off the label, they weren’t having any more Iron Monkey. We told them that if they didn’t let us off the contract we’d split up. They didn’t think we would, so we did—and that was that. About ten days after the tour.’’

For a band that was quite possibly the loudest band in England until Electric Wizard came along, Iron Monkey's final chapter is a unfortunate end to what turned out to be a beautiful moment in heavy metal history.

Vocalist Johnny Morrow tragically died on June 22, 2002. Following Iron Monkey’s split, he had formed a new band called Murder One and had been working on the Ruined by Idiots live compilation, the latter being released posthumously in 2003.

Close to two decades later, the band has reformed as a trio with co-founding members Steve Watson, playing bass, and Jim Rushby, handling guitar and vocal duties. Replacing Morrow is Chaos U.K.'s S. Briggs, who also played with the late vocalist in his post-Iron Monkey sludge supergroup My War.

The newly-reformed Iron Monkey entered the studio earlier this year to record a new album with Johnny A. Carter (ex-Pitchshifter). According to a release, the album will be comprised of nine tracks including a cover song, and will be released around late summer/early fall via Relapse Records.

Quite a large shadow has been left by Morrow so it will be interesting to see if the band can match the same ferocity that it once displayed many years ago. Until then, crank this to 11 and drop out: 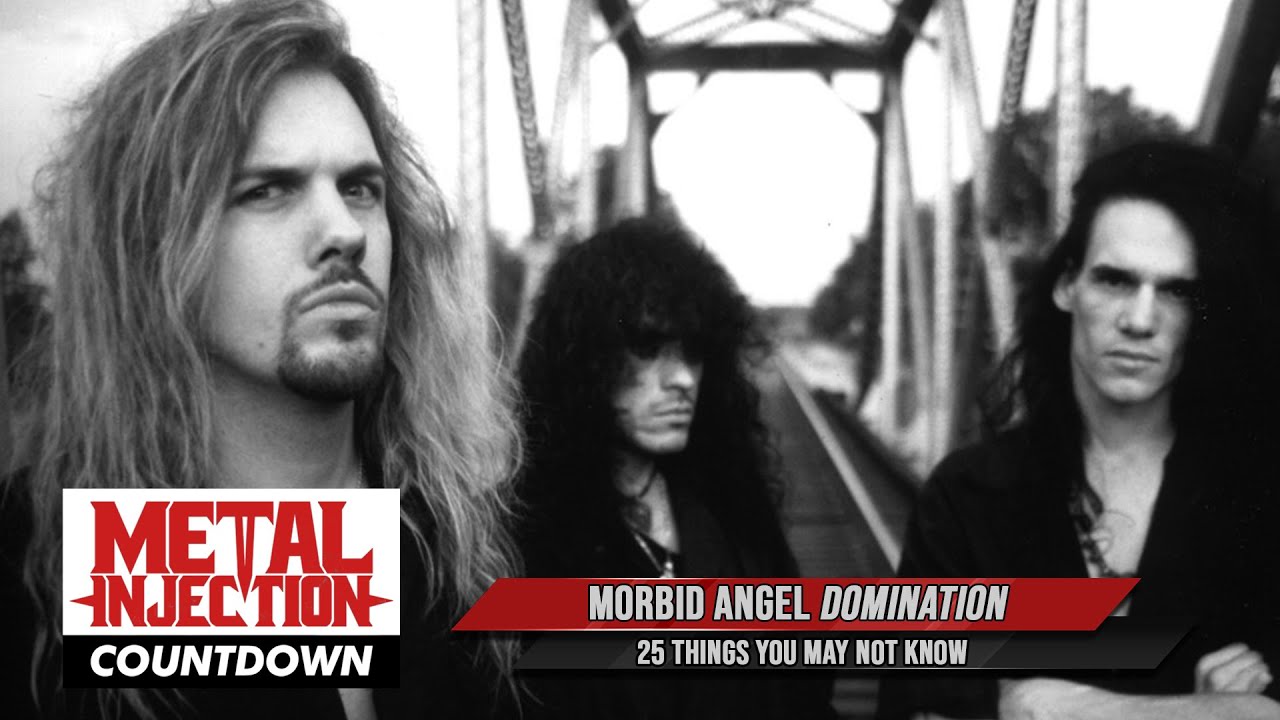 25 Things About MORBID ANGEL's Domination You May Not Know 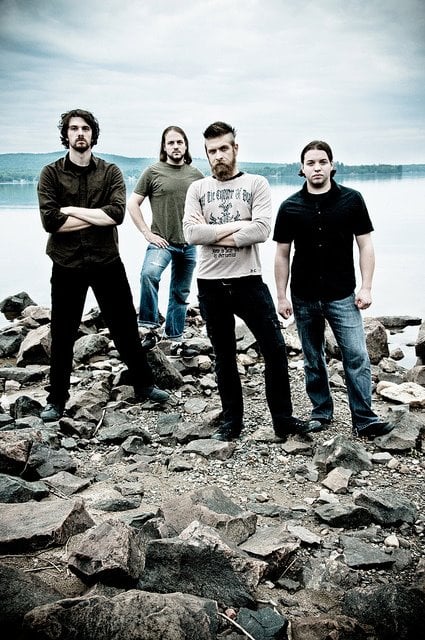 Welcome to Throwback Thursday. This is the place where we get to indulge in nostalgia and wax poetic about excellent metal of years past....

#TBT: Melodeath March Finishes Up with A Perfect Album from AT THE GATES Slaughter Of the Soul

Spoiler Alert: Because weed, that's why.