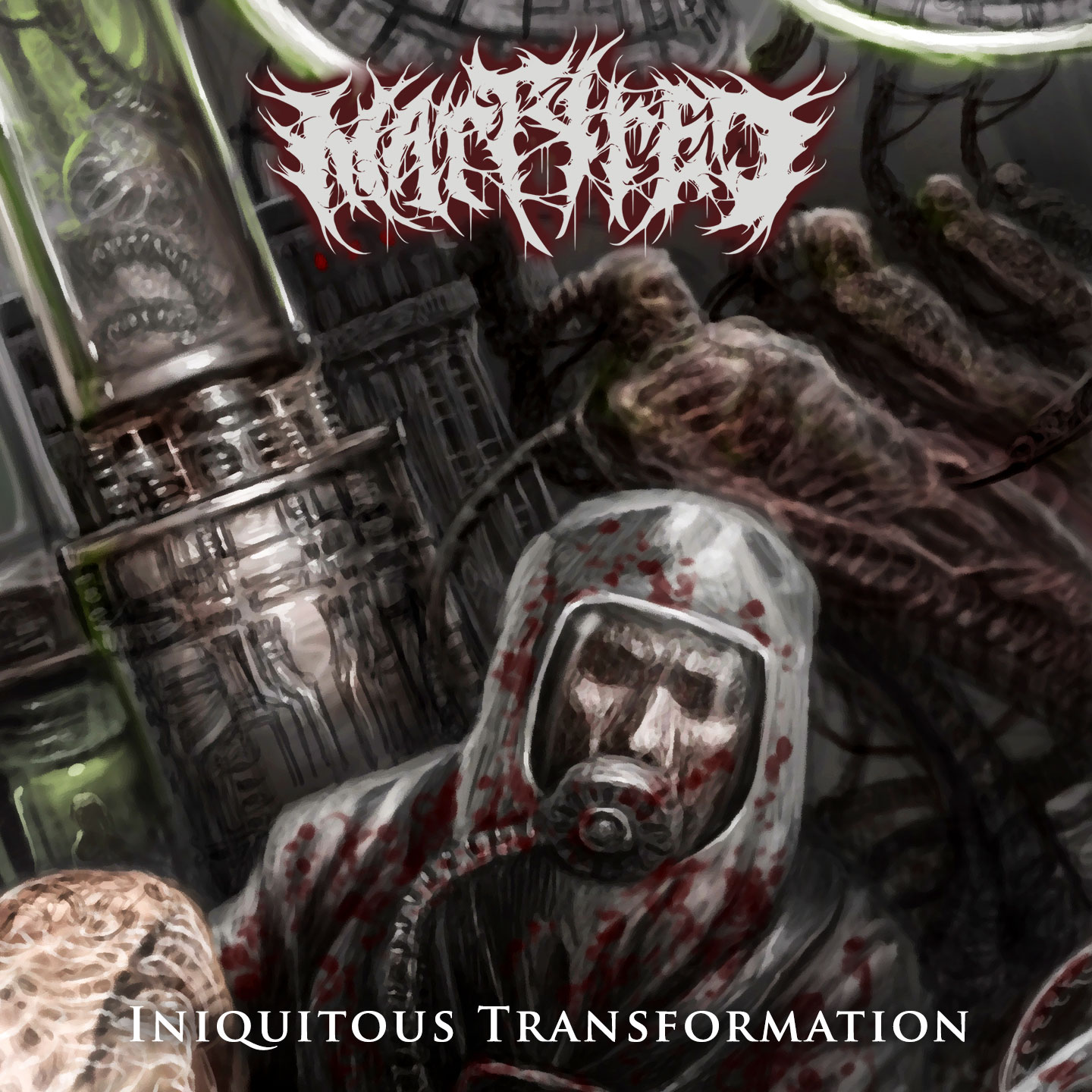 Another week begins to roll by, and like clockwork, we've got you covered with some cool new music from an underground band worth your time. Today we're focusing on Austin, TX natives, Martyred who initially began back in 2003. The group took a hiatus a bit over a decade ago and came back with their crushing 2018 EP, Dawn of Terror. Texas has a fuckload of awesome death metal bands and though I hadn't heard of Martyred prior, every member (both current and former) has deep roots in their scene. Some of you will also recognize one of Martyred drummer Rene Martinez's other bands, Stabbing, who've been making some waves in the world of brutal death metal lately. Hell, even current Suffocation vocalist Ricky Myers was in the band at one point on drums as well!

Sometime in October, Martyred will be releasing their debut album, The Relegation, through Time To Kill Records. I'm excited to help premiere "Iniquitous Transformation" today to give you a taste of what their new album is all about. This is a skin-flaying hellacious banger in the vein of Suffocation and Cannibal Corpse, albeit with a technicality more akin to Deeds of Flesh. The song is overflowing with gnarly spiraling solos, eye-popping guitar leads, and numerous killer groove-driven brutality moments at times. The band also cites Vader, Immolation, and Deicide among their core influences, which I can hear in the song as well.

Martyred shared with us that "Lyrically the song entails the transformation of a man into a bioengineered killing machine hybrid, signifying the modern decline/evolution of the human race. The song is taken from our upcoming album, The Relegation."

So be sure to check out "Iniquitous Transformation" below. I'd also suggest checking out the band's prior material which is pretty damn good. Pre-orders are not live yet but I suspect they will be soon. You can follow the group over on the Martyred Facebook Page and Martyred Bandcamp Page.

In this article: Martyred, Stabbing