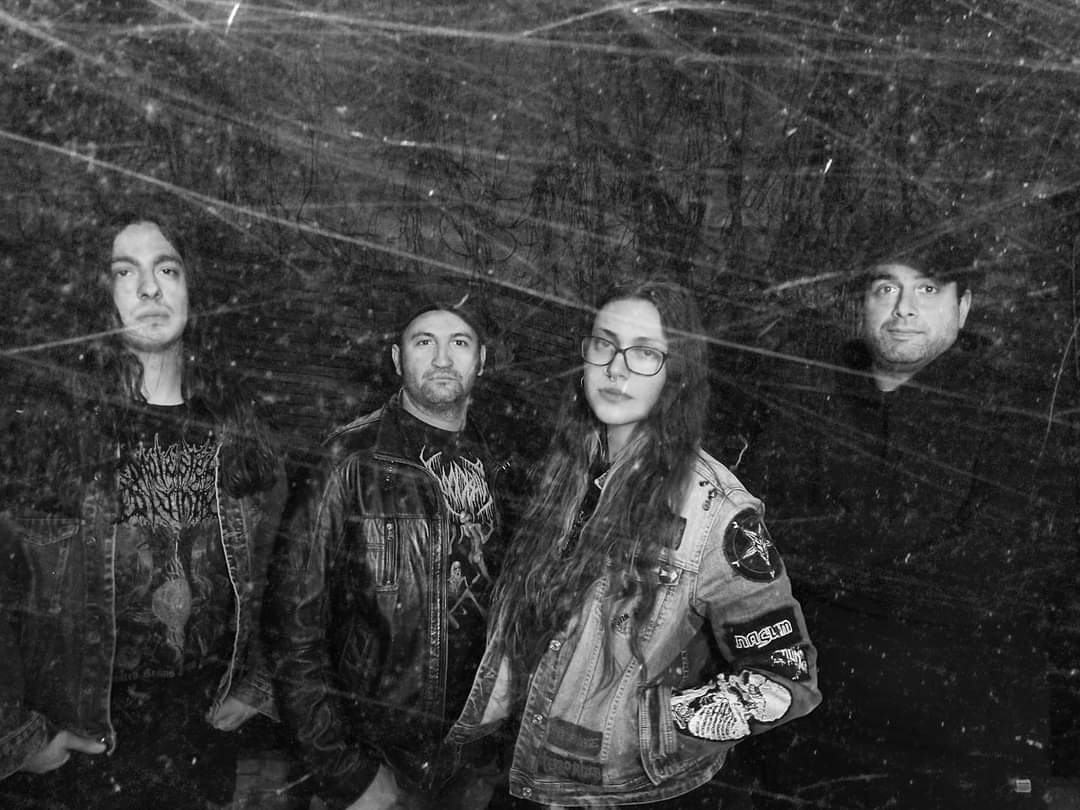 Are you ready for some fantastic technical brutal death metal from Turkey? I'm really excited to help Inhuman Depravity launch an early full stream of their sophomore album, The Experimendead. The album is set for release on September 9 via Gruesome Records based out of Portugal. For a very long time now, Turkey has been a well-known exporter of crushing brutal death metal and although death metal legends Cenotaph is the band most think of when it comes to their scene, I humbly argue that with the release of The Experimendead, Inhuman Depravity has earned their spot as equals to Cenotaph at a bare minimum.

When it comes to technical brutal death metal, the default norm is a style that seeks to overwhelm the listener with an over-the-top wall-of-sound approach that never lets up. As much as I love that when it's done well, all too often it leads to albums with just a few good songs. On the other hand, the technical brutal death bands that choose to focus on complex maze-like compositions such as Defeated Sanity, tend to impress me more. Inhuman Depravity falls into the latter camp, and beyond the to-be-expected bevy of sick leads, tricky pinch harmonics, and wild solos; the unpredictable top-notch songwriting on The Experimendead is what elevates this album above most of their peers.

This album is a shrine of sorts, one that worships the almighty riff, just about every kind of death metal riffing shows up here, and every song has a wide mix of gnarly riffs in abundance. The dual old-school meets modern approach Inhuman Depravity has going on is also nice. Fans of Cannibal Corpse and old Suffocation will appreciate how the band draws from those band's playbooks while placing it within a modern sound. Above all else, I think the aptest band to compare the music on The Experimendead to is Abnormality. This album is clearly a death metal love letter written by experienced musicians whose passion for the genre from its early days to the present era shines through from start to finish.

The production on the album is an additional noteworthy highlight, beyond the vocals and guitars sounding dark and menacing as expected, I'm particularly hyped about the natural-sounding drums and the quite audible and always crushing bass playing that frequently diverges from merely following the guitar work. For this style of music, when the bass and drums sound more organic, it's a nice plus given that's not often the case for this kind of music.

I asked the band if we could get a bit more information about the release and they shared with us: "New full-length album The Experimendead takes the band onto a whole new level of brutality. The devastating new album is a sonic assault into the most technical, violent, and true spirit of the genre. Featuring eight songs spanning 33 minutes of pure violence, highly skilled musicianship, and sick brutal vocals, The Experimendead displays a true old-school technical brutal death metal for fans of bands like Disavowed, Deeds Of Flesh, Severe Torture, Brutality, Sepsism, Sinister, and Suffocation."

Without a doubt, The Experimendead is among the very best technical brutal death metal releases of 2022 and it'll be on my year-end list in December for that reason. So be sure to check out our early stream of Inhuman Depravity's The Experimendead below. If you like what you're hearing, pre-orders can be placed through Bandcamp here. You can follow the band over on the Inhuman Depravity Facebook Page and Instagram Page.

In this article: inhuman depravity