Tech-Death Tuesday: Enjoy More Blastbeats In Space From THE INFINITE WITHIN And ARA

Tech-Death Tuesday: DEATHBRINGER Serves Up Heavy Brutality Driven By The Ever-Elusive <em>IT</em> Factor
Space themed technical death metal returns as the focus of today's Tech-Death Tuesday for a second week in a row. I blame Wormed for putting me in the mood for sci-fi tech. Hail Space!

Hey there fellow tech-fiends, like clockwork its time again to delve into some sick tech-death since its Tuesday. Last week's space and sci-fi themed edition inspired me to cover two more bands who also definitely hail space in today's edition. As always, I hope you dig at least one of the bands that's posted about. I've got some really cool early album streams planned for a couple future editions of Tech-Death Tuesday. So make sure to tune in every week and get your fill! If you like what you hear below, you can check out all the prior editions here.

The Infinite Within- Bestial Void Inevitability

Today's first target is Slovakian space-tech unit The Infinite Within, and their 2014 record, Bestial Void Inevitability. I feel like this record went under the radar unfortunately, and fits in well today since the band is very sci-fi themed and focused. As for the kind of tech-death they traffic in, The Infinite Within crossbreed something along the lines of Archspire and Origin with Hate Eternal. The end result is an in-your-face and balls-to-the-walls experience, pretty much at all times. In a lot of cases that kind of approach gets real old real fast, but The Infinite Within clearly have the talent and skill to pull it off and keep it fresh from song to song. Bestial Void Inevitability horrifically merges their sci-fi themes with a sound and assault whose coldness and mechanical brutality practically screams space in all capital letters.

Ah Ara, how I love thee. Hailing from the land of cheese in Wisconsin, cosmic destroyers Ara have released an EP and a full-length to date since their inception in 2012. Today I'll focus on their 2014 full-length, Devourer Of Worlds since it fits today's theme, though I'd already had plans to cover it here at some point anyways. I really fell in love with this record when it dropped, and damn does it still hold up. Even by technical death metal standards, this is advanced thinking mans metal through and through. Ara's sound covers a crazy amount of range between skronky dissonance similar to Gorguts, to Morbid Angel And Mithras sounding, and also is clearly influenced by OG tech-gods Anata. They bounce back and forth between their many different styles within each song. Which makes for pretty chaotic and odd music, but damn is it interesting! Devourer Of Worlds not only lives up to its title, but might even be a bit of an understatement. This record is the apocalypse recorded in space by mutants. Hardly the work of mere mortals, Ara consistently make it clear that they operate on a higher wavelength than the majority of their peers. With any luck, they'll have something new for our ears in the not-too-distant future.

In this article: Ara, The Infinite Within 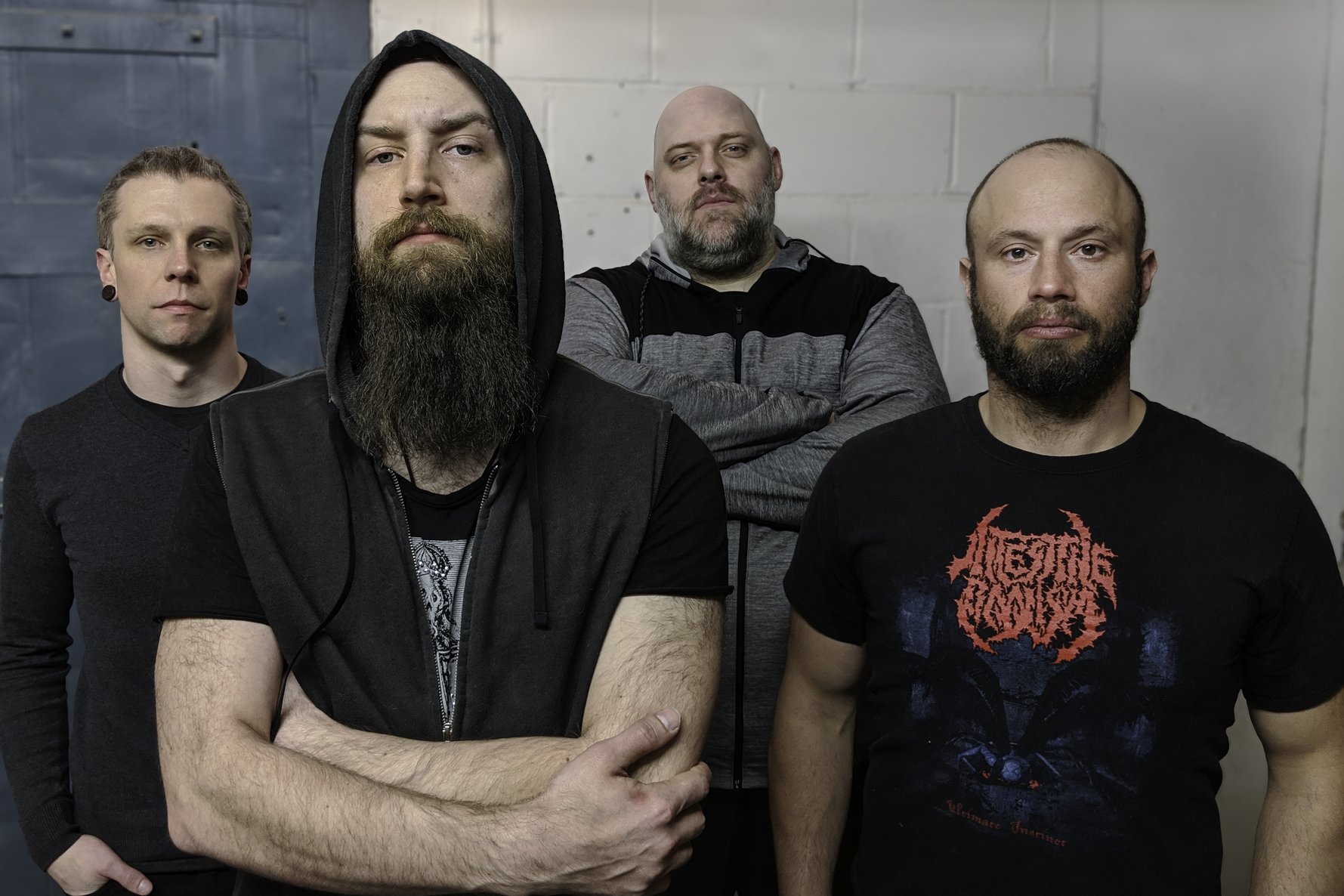 Extreme of the Extreme: ARA Lay Down The Law Of Death Metal With Jurisprudence