Tech-Death Tuesday: EMULSIFIED Offers Up "Rotten" Brutality With A Side Of Shred 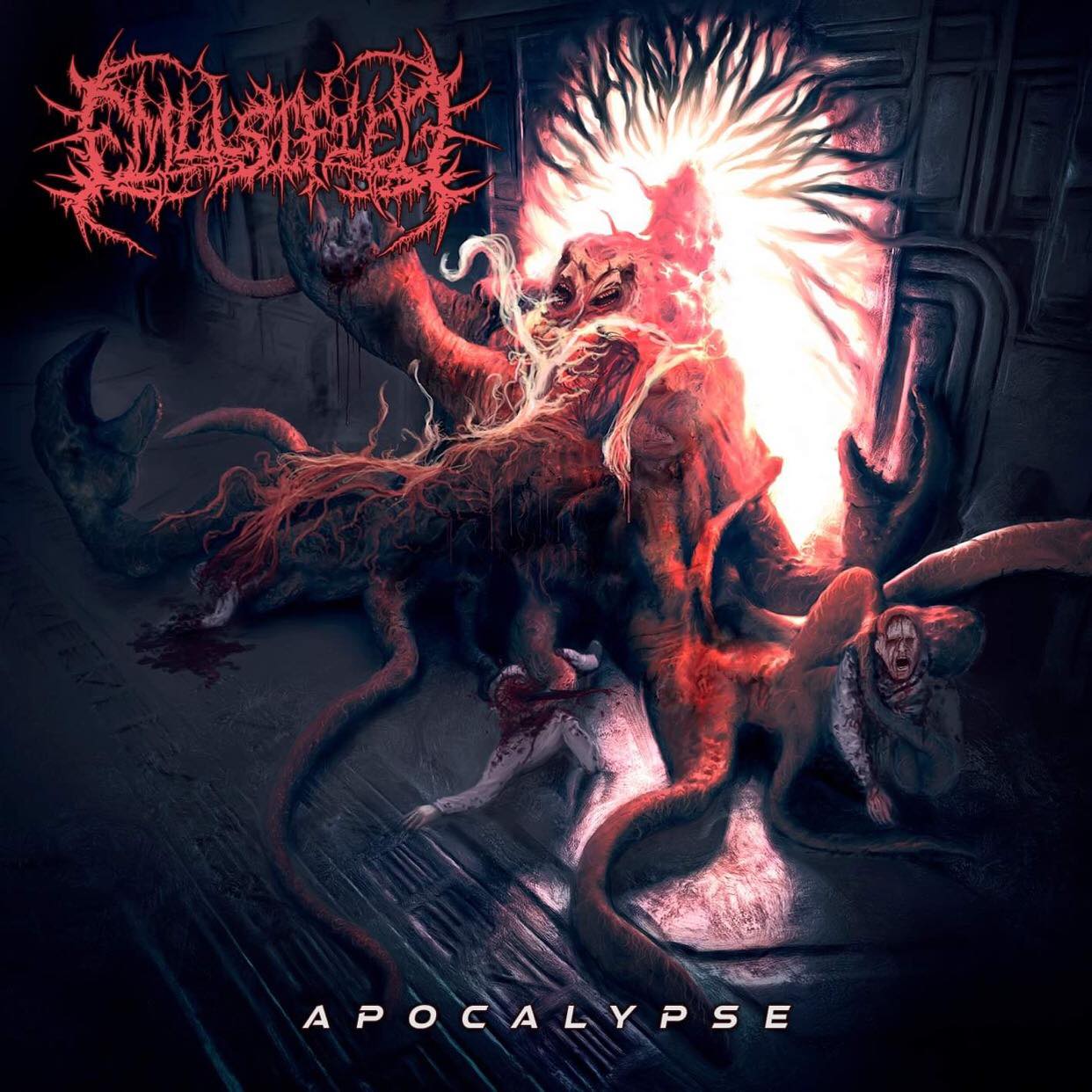 Indiana-based brutal tech bludgeoners Emulsified released their debut EP Flesh in 2017. I helped the band launch "Cadaveric Abdominal Inflation" over at No Clean Singing before its release at the time due to knowing the band Dawn Of Dementia, with whom they shared members with. The dinosaur eating a human cover art for Flesh is still notable and ridiculous in all the best ways. After spinning Flesh a bunch today while working on this feature, it's clear that the top-notch musicianship and dank br00tality still hold up just as well now. Flesh was a great introductory statement of sorts, showing what they could were capable of along with flashes of their more intricate future direction moving on.

It's been a while since Emulsified has had anything new to share but 2022 finally sees the band signed to Inherited Suffering Records along with the release of their debut album Apocalypse, which will be coming out soon through them. To help support the release, we're premiering a new single today called "Rotten." As far as sickeningly brutal jams go, "Rotten" delivers on that end but it's the additional tech-death focus that elevates the track into something more fucked up and unhinged sounding.

"We are very excited to finally announce our updated three-piece line-up, with Drew Keedy joining us for vocals," said Emulsified guitarist and bassist Derick Harshbarger. "Our debut album Apocalypse will be released through Inherited Suffering Records next month in March. The album will contain seven tracks totaling right around 30 minutes. Listeners can expect a matured sound from our Flesh EP with roots in low-end chromatic groovy brutal death metal along with branching out into more technical death metal and progressive elements."

For those interested in modern death metal both slamming and caveman-like with a calculated technical overlay twist, "Rotten" is a hype-worthy track many of you will enjoy a fuckton. If you like the song, Apocalypse will be up for pre-order soon. You can follow Emulsified over on Facebook.

In this article: Emulsified