Tech-Death Tuesday: Take A Walk In The Shadows With FLESHMEADOW

Hey there tech-fiends, it's that time of the week again. I've got some exciting early streams lined up for this space in the coming weeks but I don't want to spoil the surprises just yet. For now, we'll focus on the debut record from Fleshmeadow today. As usual, here's the weekly reminder that all prior editions of this series can be perused here.

I'm sure some of you may have heard Umbra already, as the album dropped in the final days of December 2016. I heard about it shortly after when one of my fellow writers at NoCleanSinging helped launch the album early. I promptly put it on my list of potential Tech-Death Tuesday picks but didn't get around to covering it until now. Beyond having a ridiculous and cool name in Fleshmeadow, this Oslo, Norway-based group have chops for days and a unique spin on the tech-death sound.

While the music here certainly isn't solely indebted to Obscura, that's definitely the school of high-minded tech-death Fleshmeadow dwell within most of the time. Followed by a groovy and mechanical sounding dash of Psycroptic and (subtle) Gojira influences to my ears as well. Now if that was all the band played soundwise, I'll admit I'd still be pretty psyched. But the band also injects their tech-death core with venomous black metal influences that help make Umbra special, and no, I'm not talking about symphonic keys here. While it's not quite at the level of being "technical black metal" as the band claims, it's definitely a noticeable part of their sound which helps shape the blackened aesthetic of the record.

So if you're late to the party like me, or haven't heard Umbra yet at all, be sure to give it a spin below and intake its corrosive majesty. If you dig what you're hearing, you can order Umbra through the Fleshmeadow Bandcamp page. Be sure to follow the band over on their Facebook page too. 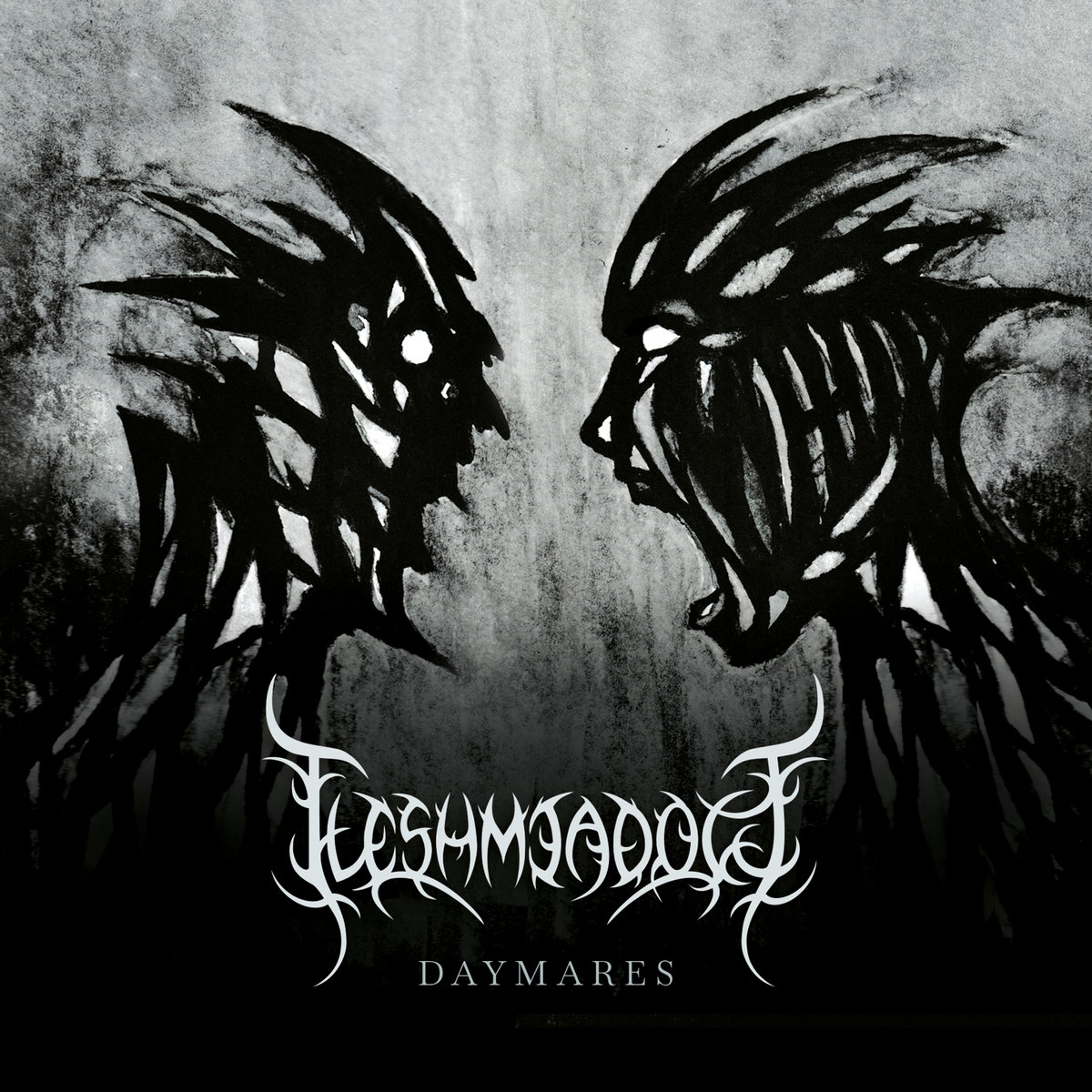