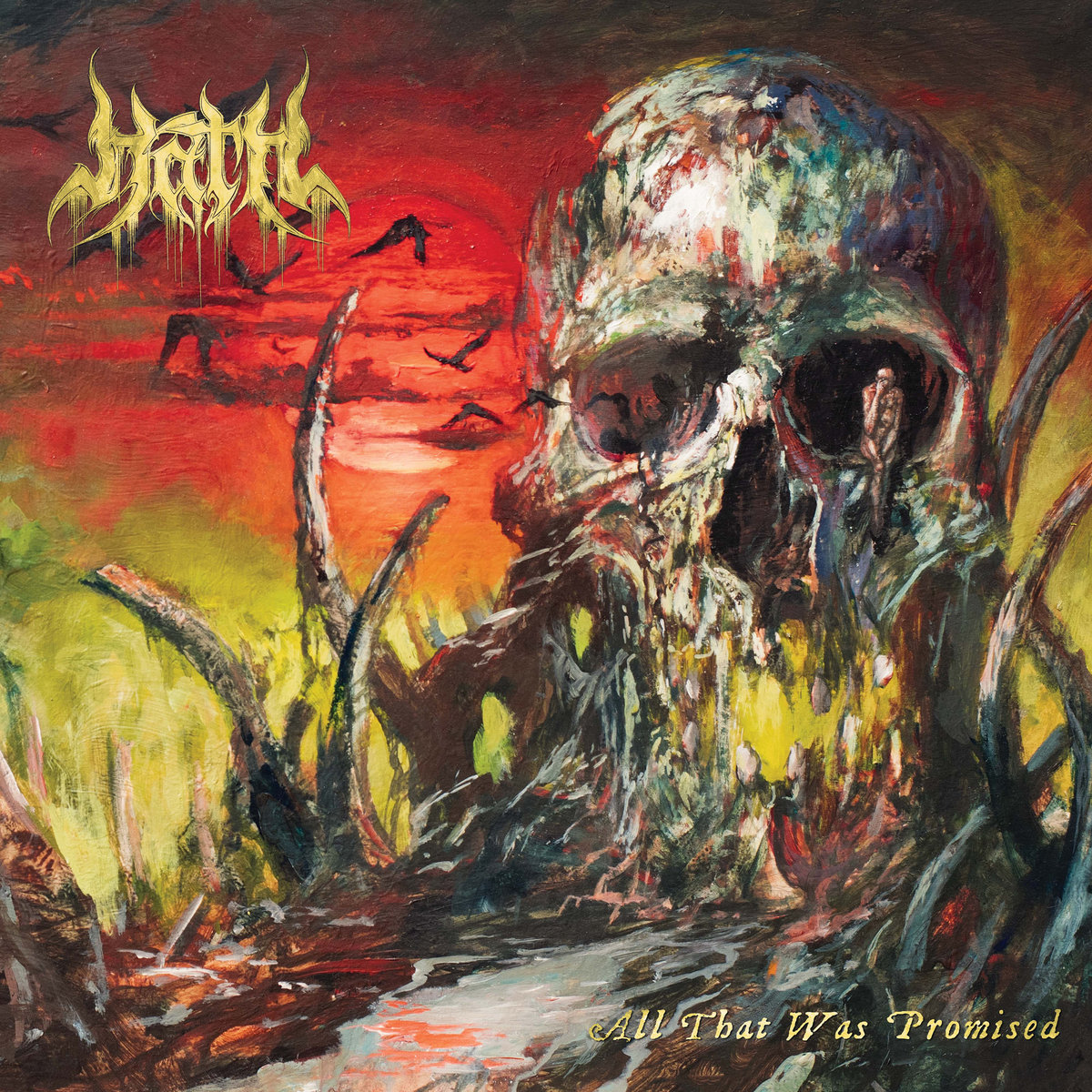 Hey there tech fiends, it’s that time of the week again. Next week I’ll have a sick premiere from Godless Truth (Transcending Obscurity Records) so be sure to catch that one. I’ve got a really cool premiere for you today from New Jersey natives Hath. You can scroll below and click play immediately on “Lithopaedic" or read on to learn more about the band. Hath – All That Was Promised is set for release on March 2nd through Willowtip Records.

I’ve had my eye on Hath since 2015 when their ambitious five-song EP entitled Hive was released.  I first learned of Hath due to one of their member's prior bands I’d covered at No Clean Singing called Dystrophy. Within that band, one of their guitarists named Peter would later go on to create Replicant and the other also named Peter by sheer coincidence would later go on to help create Hath. This is pretty incredible when you think about it, that two of the best modern death metal bands on the tech-y end of the spectrum both came from one singular band in the same area previously. But more importantly, this is a solid reason to go jam Dystrophy if you’ve never heard them before.

Fast forward to 2018 and Hath really blew up on the strength of how good Of Rot and Ruin was. Progressive blackened technical death metal with an emphasis on heaviness and diversity, Of Rot and Ruin earned all the praise sent its way and then some. So now the band is back with their second album, All That Was Promised. I’m super excited to be able to share “Lithopaedic with you all today. This is a real epic barnburner of a track. There’s a lot of moving parts to it but the core backbone of the song lies in its commitment to bruising heaviness and eerie bleakness. Hath shares, "this song is for fans of Bloodbath, Morbid Angel, and Slugdge.” Needless to say, this song is fucking awesome and I'm sure many of you all will agree.

"Lithopaedic is a song about a meeting of alternate selves and the transformative ordeal that follows. In a way, the music reflects this, with its focused intensity showing signs of another direction for us to explore or incorporate. It might be the heaviest song on the new record and we're really excited to share it."

So be sure to check out “Lithopaedic below and you can place your pre-orders for All That Was Promised here or here should you feel so inclined. You can follow the band over on the Hath Facebook Page and Hath Instagram Page.