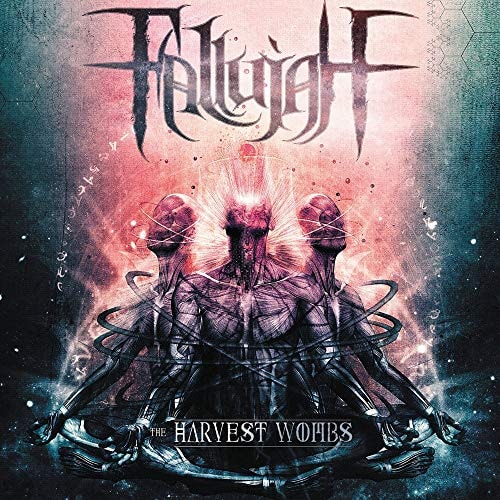 Like many other fans of technical death metal, hearing The Harvest Wombs in 2011 was a pretty fucking incredible experience. As nothing like it had ever come out before when it comes to taking progressive death metal-focused tech-death into an atmospheric and often ethereal direction. Yesterday, the album turned a decade old and it's still an incredible release that holds up just as well now as it did ten years ago.

Although it was The Flesh Prevails that launched the group's status into the stratosphere, The Harvest Wombs is still rightly beloved in many circles along with featuring a slightly different form of their now well-known sound. Primarily in how it sees Fallujah's approach leaning a bit more to the brutal and hyper-aggressive end of things than later works which continued to evolve upon their unique atmospheric ambitions. Somewhere between cerebral and vicious, The Harvest Wombs is a truly engrossing ten-song tour de force driven by an endless supply of memorable riffs and eye-popping often stunningly beautiful shredding. The relentless near inhuman drumming is the second biggest highlight on display although the ruthless vocals and killer bass playing are also superb and help make the music the full and complete experience that it is. If you haven't listened to this album in a long time, this is a great time to hit play and remember what it was all about.

Fallujah guitarist Scott Carstairs had a lot to say about this special moment for the group,

"Ten years ago to the day!!! Fallujah released The Harvest Wombs. This was my first time writing an LP. It took months and months of tracking at my parent's house not including the few years of writing and figuring out the "Fallujah Sound" all while suffering through the school system. My 17-year-old brain could barely handle the task I had set up for myself. It challenged me in ways I couldn't have imagined. It consumed my every waking moment (like all albums do lol). Countless hours of solitude, writing, deleting, revamping. I remember constantly asking myself if this obsessive effort was worth it. Shouldn't I be concerned with what everyone else my age was worried about?? Shouldn't I be out with friends ??? It only took me a couple of years to find out the answer. I could have never imagined the adventures and relationships those months of solitude would lead to. How my skills would improve.

The fulfillment of creating something not only precious to me but now to others. This was the first step in becoming the musician I am today and I thank young Scott for sending me on this journey. His mind would be blown with what we're doing today. Thank you to anyone who has bought this record. Came to a show. Watched my stream. Y'all make my dreams come true. Hope you are chasing your own and ignoring the noise (it never goes away).

It seems almost serendipitous for The Harvest Wombs to turn ten now as it's arriving at the same moment that the band is hard at work recording their next album. Like clockwork, churning out their next musical chapter with nothing to prove to the world but plenty of creativity left in the tank. For all the reasons listed in the early portion of this post and more, The Harvest Wombs is absolutely the sort of influential release that deserves to be talked about when decade-related anniversary dates roll around. And who knows, a lot of people get into bands at a certain point, never going back to earlier releases. Maybe a few people reading this hear the release for the first time.