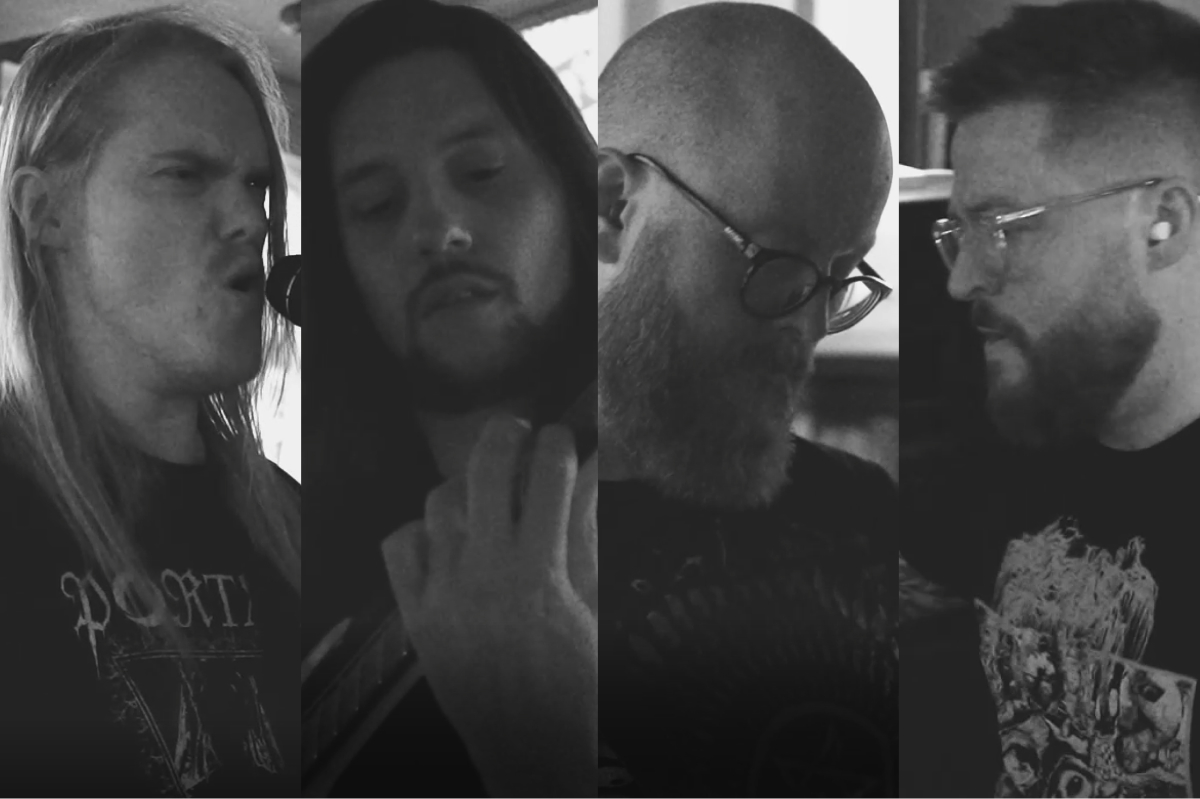 First off, I want to make clear that the reference to Piss Vortex in the title above should not be confused with Pissgrave, the NSFW cover art-focused group more people know but to me are only notable for their gross-out cover art. Mainly because Piss Vortex made great music and Pissgrave still hasn't. But if you haven't hear Piss Vortex prior, the Denmark group's brand of amorphous deathgrind was something special, drawing from many other angles including dissonant death metal, technical death metal, brutal and mathy ideas, and a lot more. Their three efforts were highly praised wordlwide and for good reason before they called it quits a few years ago. In a nutshell, they crafted grindcore so evolved and intricate that it sort of felt like a disservice to the uniqueness of the music they were performing to not highlight that they were not basic grind when discussing them.

Now, we get to hear most of Piss Vortex's laudable musicianship revived as Elitist, aided by Defilementory (now Dysgnostic) bassist Thomas Fischer who also contributes to the multi-throated vocal assault present on their debut material as a group, "False Lives".  Although the bulk of the line-up is from Piss Vortex members, if it weren't for Thomas from Defilementory/Dysgnostic, I wouldn't be doing this premiere so that also is worth mentioning. He reached out to me because I am a massive fan of Defilementory's 2014 debut album, The Dismal Ascension. One of the finest marriages of brutal death metal and dissonant tech-death ever released even now.

So now that I've explained what Elitist consists of musician-wise, let's get on to the meat and bones of the killer dissonant-minded technical death metal song I'm really excited to be premiering here today. The song for sure carries over a multitude of vibes found in Piss Vortex's music but it centers itself around "meaty" crushing complex death metal more of the time in a supremely satisfying way.

In line with that observation, Elitist shared with me that,
"False Lives" is one of the more straightforward, punishing death metal tracks from the album and shows off the core aspects of our sound. Frenetic drums, dual vocals, dissonant and off-kilter guitar, and bass, but also a focus on explosive, riff-oriented death metal." With band-cited influences for the project ranging from  Hate Eternal, Gorguts, Nile, and Discordance Axis. To my ears, the song makes me think of Hate Eternal playing a Maruta song, and that's a fucking beautiful thing to hear. Elitist has been working on their upcoming material for over three years now as I was told, and that absolutely shows in the quality of you'll hear today on "False Lives".

Seeing as this live tracked debut single, "False Lives", is merely the beginning of what will form a to-be-released studio album set for next year, there's a lot to look forward to when it comes to this band.  You can follow the group over on the Elitist Facebook and Instagram Pages.