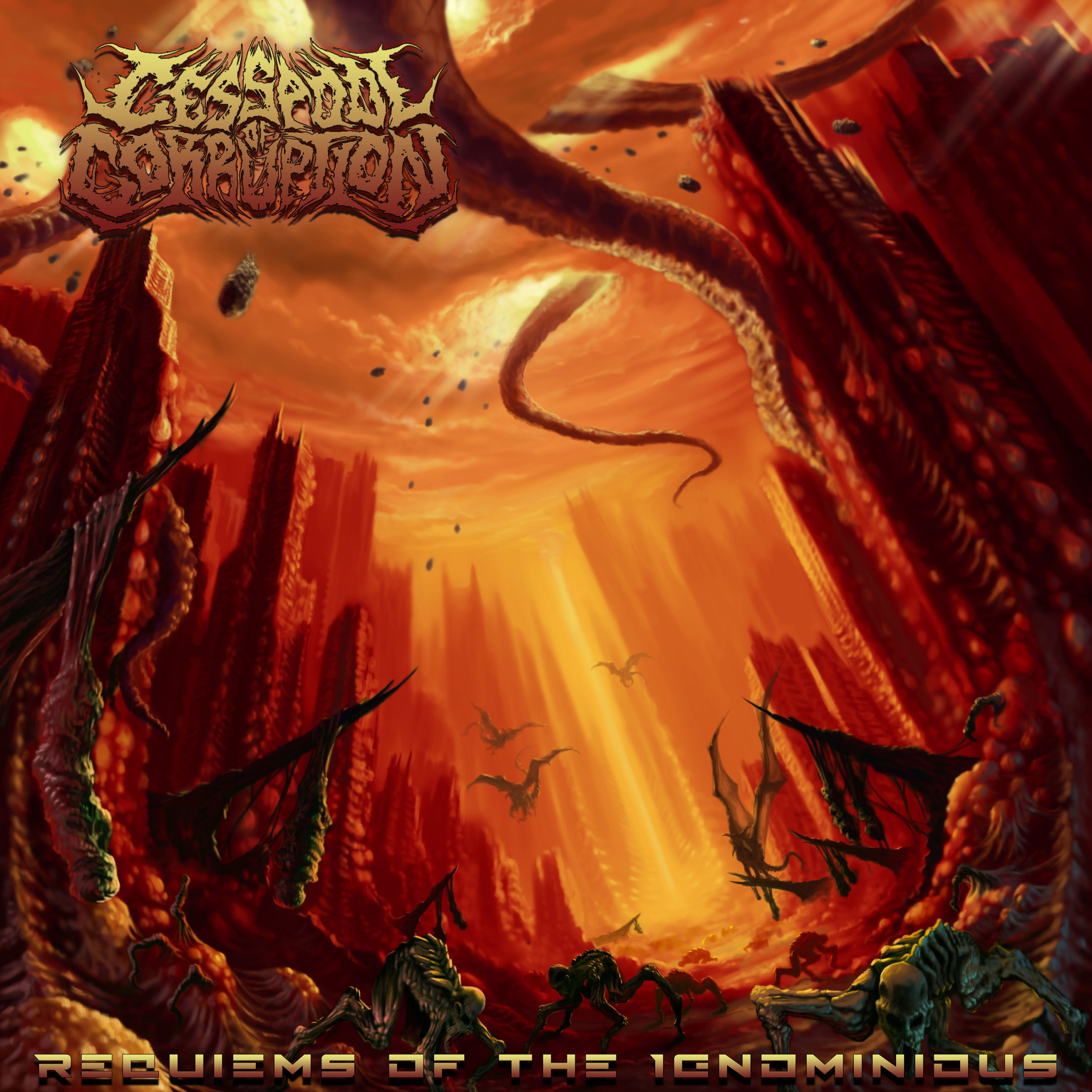 I've got another killer premiere for you all again this week and have a lot more coming soon so keep checking in for more new music. This week's item is an early stream of Cesspool of Corruption – Requiems of The Ignominious which drops on Friday through Gore House Productions.

I was completely new to the group prior to being approached about helping with a premiere of some kind for the album. But the quality of the music sold me pretty quickly and I'm certain a lot of you will dig this. So for anyone else who is also new to the group, they're a Dallas, Texas-based group that has been around since 2012 and had previously dropped an EP in 2016 called Eradication of the Subservient. On Requiems of The Ignominious, the group performs a varied and interesting take on the established Cali-founded style of brutal tech-death.

Cesspool of Corruption's music here falls somewhere between Deeds of Flesh, Suffocation, and Decrepit Birth type material for the most part. In addition to delivering endless pummeling brutality mixed with shred as is the norm for this type of sound, the band's melodic angle adds a lot to the music in a refreshing way. It almost feels like melodic death metal at times and that oddly enough works damn well. I think it makes them stick out from the hordes of other tech brutal death bands and I really dig what they're doing here.

Cesspool of Corruption comments: "We’re beyond excited to finally bring you “Requiems of The Ignominious” in its entirety. It was quite the journey, but we’re proud to finally have arrived at this day. This will be our first full-length album and we can’t wait to hear what everyone thinks. We pushed ourselves and feel what we’ve brought is an excellent representation of how we’ve progressed along the way as musicians between now and our last release, the EP “Eradication of The Subservient.” You can expect the songs to have a few more twists and turns, new sonic textures, more creative use, and blending of harmonies we hadn’t explored as in-depth prior. There are more elaborate structures, riffs, and ideas in general across the album. You can expect the songs to have more variation in approach and direction as well, but without ever sacrificing the “Cesspool sound.” This album has worked toward crafting a more signature style for us and presents an excellent glimpse of what you can expect in the future from us in terms of evolution for the next album, which we’ve already begun working on."

While I regret that this is one of those weeks where I don't have the time to discuss the music as in-depth as I'd like, I'm glad at least to share it with all of you out there as it's a damn good release. So be sure to check out "Requiems of The Ignominious" below. Pre-orders can be placed here. You can follow the group over on the Cesspool of Corruption Facebook Page.