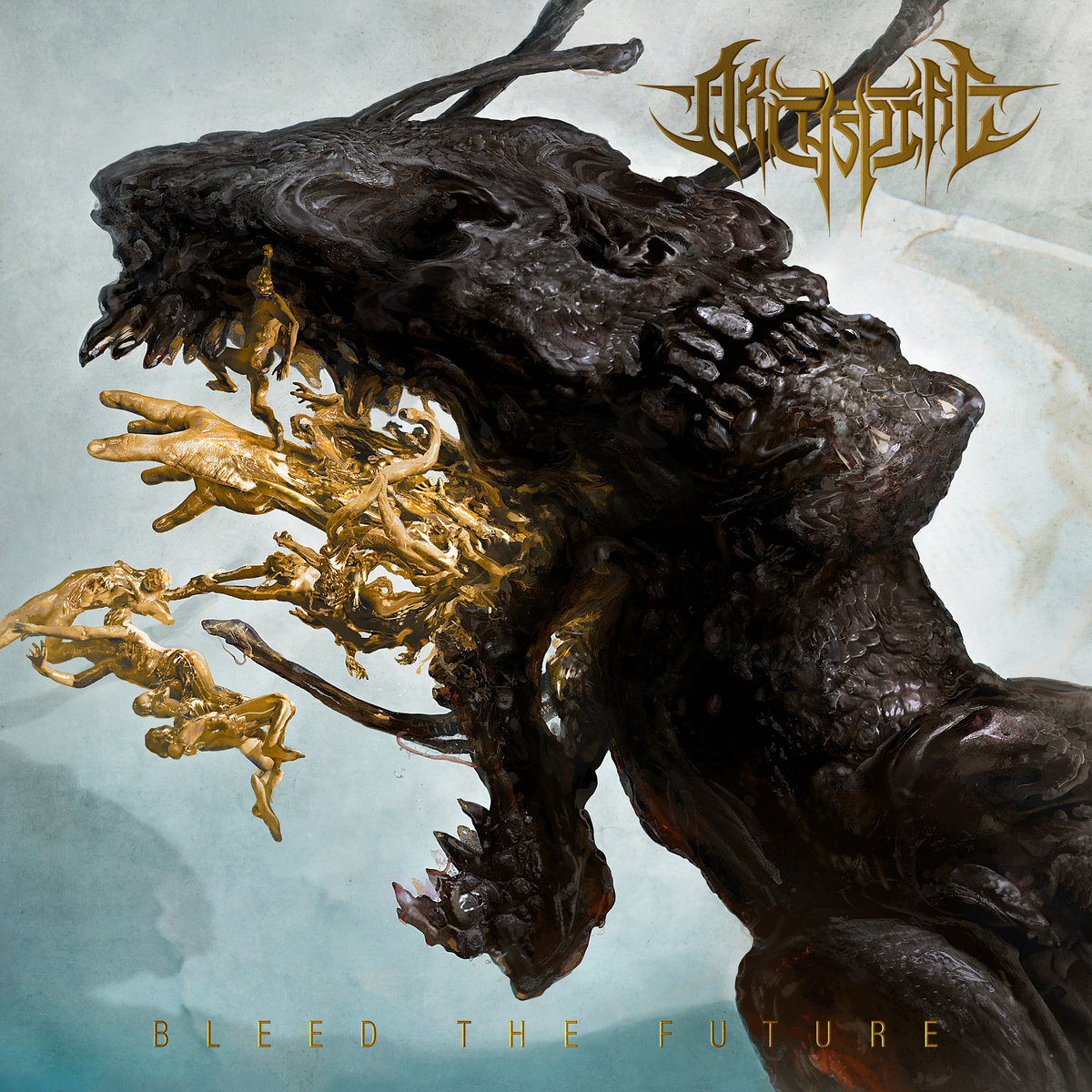 If you tune in next week, there will be an early full stream of Sunless – Ylem (Willowtip Records) here in this space. Since there weren't any site-specific premieres to sign up for, I'll be talking about Archspire – Bleed the Future today as a big fan of the band. Which will officially come out next Friday, October 29th through Season of Mist.

When it comes to Archspire, my journey with the band goes back to their 2011 debut album, All Shall Align. Although I remember hearing some of it prior in 2010 when it was still considered an EP. At any rate, my anticipation for what would follow that impressive early effort was very high and their second album, 2013's The Lucid Collective, did not disappoint at all. If anything, I'd argue that release captured a certain type of unpredictable controlled chaos that continually ups the intensity a la Cryptopsy at their finest, that the group's releases into the present haven't delivered on in the same way. For that reason, in particular, I will always have a particular affinity for that album above all else due to that angle present. All of which coalesced into the refined, catchier, and often more repetition-led focus found on Relentless Mutation. I wouldn't have handpainted STAY TECH on my now junked car before its release if I didn't believe the band was delivering on that ethos.

With the upcoming arrival of Bleed the Future, it's always a fair question to discuss what any new release from a band of note has to offer, and already others have interpretations and have shaped their own narratives about it that I find inapplicable or laughable. But the more important point is that while I may always pine for the band's more chaotic ways where the dynamics were more of a tornado than soft to loud, slow to fast, there's nothing wrong or weak about the songs on Bleed the Future. If anything, Bleed the Future does experiment quite a bit with placing their proggy ideas and clean guitar-driven moments deeper and more integrally within the songs here. Something that Relentless Mutation built on after their newfound place on The Lucid Collective, and throughout this album certainly is used to support songs in more varied ways than just being relegated to intro or outro spots for anyone that knows the band's style well.

In addition, I am glad to note that Jared's bass playing this go-around on Bleed the Future shines with an abundance of moments where his bass playing is the focus. Something I felt was a bit lacking (at times) on Relentless Mutation yet was arguably a concrete established part of Archspire's sound even before their last album even though it wasn't totally absent on Relentless Mutation for sure. As usual for the band, it would be a bit shitty to not state the most obvious point of all: every member of the band puts on a tour de force performance here and it's an exciting thing to behold on multiple levels. That can be said of most technical death metal releases but doing so in the service of the music in the way Archspire does, within the confines of a record just over thirty minutes long, is a special feat. It reminds me of why I love Origin – Echoes of Decimation so much; all killer and no filler. Archspire has always dropped albums around this length and it helps a lot when it comes to avoiding excess bullshit that could be cut in order to create records of upper-echelon quality in the tech-death sphere.

Arguably my main and only complaints here are that the intro to the final track (pointless and not worth including) is tied to "A.U.M.", the album's final song, one which isn't all that ambitious and I've grown used to Archspire dropping their most extravagant material as the closing song on their prior two albums. Something they didn’t do this time around. Besides that, my main complaint is the same as I mentioned above, I don't personally feel that relying upon increased levels of repetition with fewer ideas per song than on prior works makes the material here better or elevates the band to a new level. It does make things catchier as a result and that has to help a lot of listeners get into this type of material who might otherwise find it inaccessible which is perfectly understandable.

Aside from my minor quibbles as stated above, there isn’t much for me to say in a negative sense. Bleed the Future is, as every Archspire release has been, a really fucking well-written release with a bit of something for all tech-death fans.

If there is one central thought to take away from this article, it's that hype is undeserved for almost everything that drops in a given year. And yet, once again for Archspire, it is warranted again. Bleed The Future is the result of a very focused band making the music they want to make and doing so on a level few if any can touch. It’s also important to point out that the group continuing in this direction of uber extremity while being listenable to people who don’t like tech-death like this on average is impressive as hell. I've embedded the three early singles below and you can pre-order Bleed the Future through the SOM EU store, SOM USA store, and Bandcamp. Stay Tech…Also, Piss! 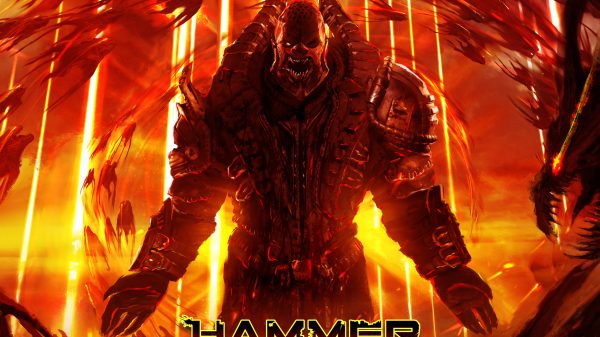 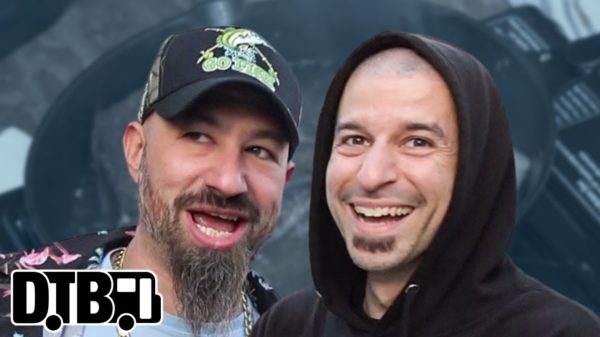 ARCHSPIRE Shows You How To Prepare Steak & Wine In Their Trailer

See? You can totally eat well on the road. 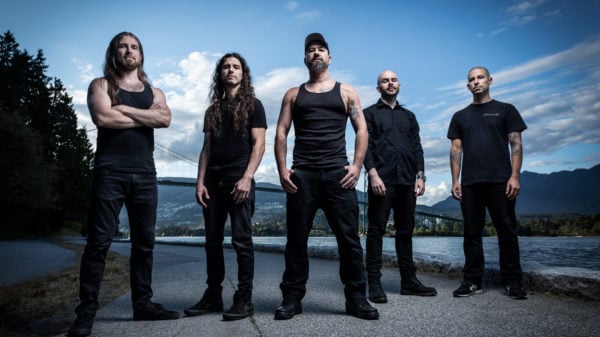 This July and August. 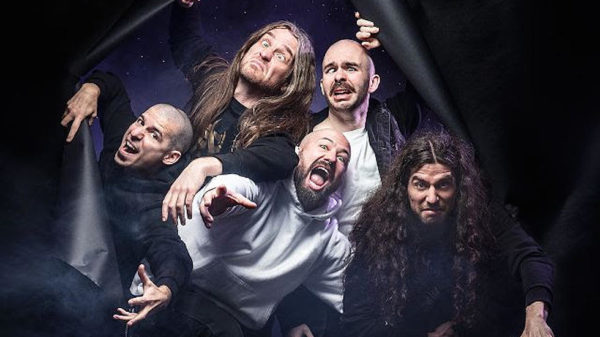