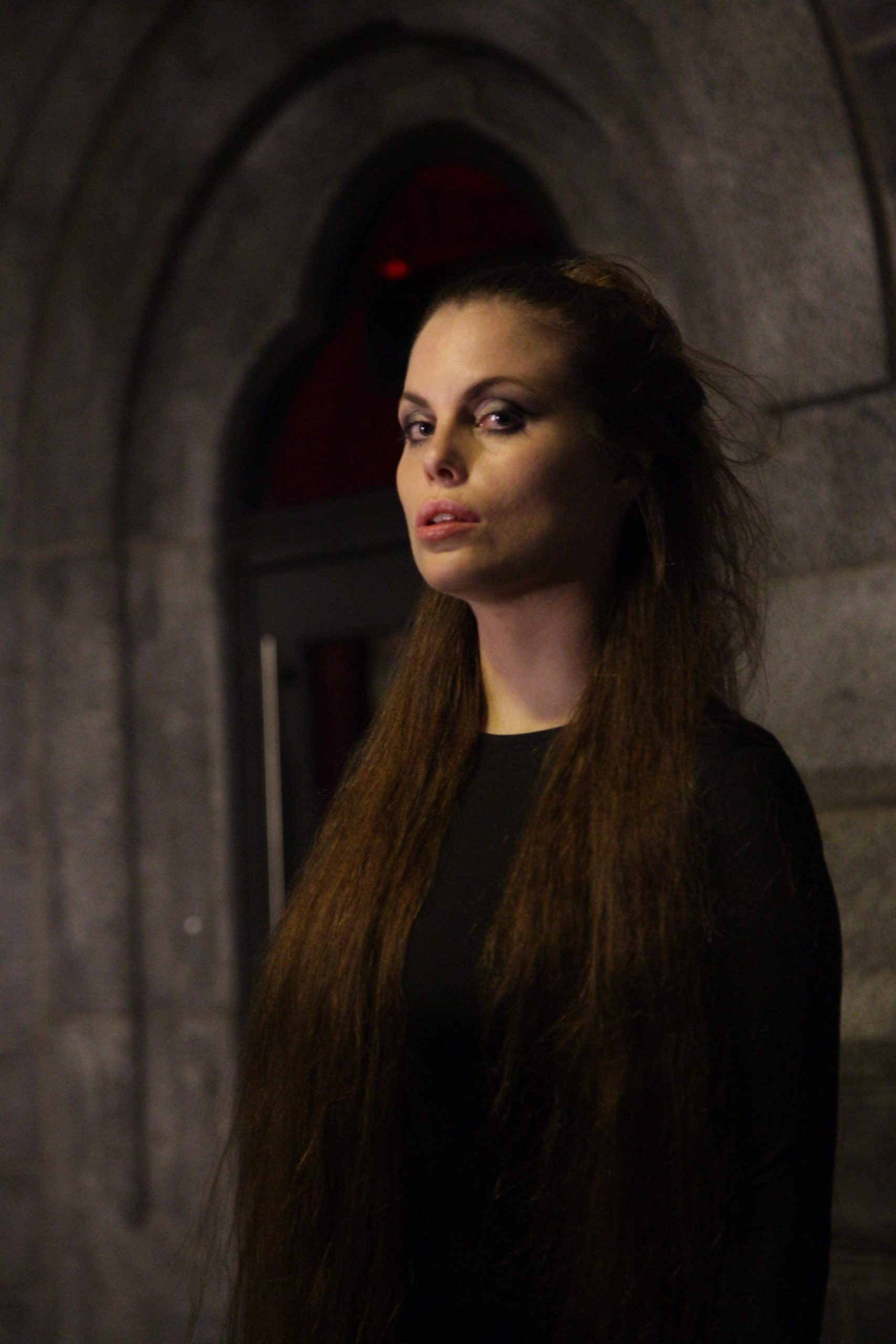 Folterkammer would like to offer you a ticket to the opera. It is not what one is expecting though. While the music would have no issue being viewed through a fancy pair of binoculars and dress, the band is not about to relent for a high brow audience. For Folterkammer is here to strike a pact in blood between black metal and opera.

If one is familiar with the workings of Imperial Triumphant, it should be no surprise that its members have no qualms about bending the genre in ways that will make militant listeners’ minds snap. Add in Swiss opera singer Andromeda Anarchia and we get Folterkammer, a band that bridges together opera and black metal. Symphonic black metal has been going on forever, why not bring in the opera? Do you know how fucking metal operas are? Whole lotta death!

Here Foltenkammer offer up the second track off of Die Lederpredigt titled “Die Hymne.” An epic track that wastes no time in driving forward. Anarchia’s vocals kick in over the driving black metal. The track is rife with chanting that feels straight out of something like Lohengrin.

According to the band:

Darren Hanson (Bass VI, compositions) originally wrote “The Hymn” as a funeral march for harpsichord and choir, which was arranged for a black metal formation by guitarist Zachary Ezrin, the music being intensified by his guitar playing and by the drums performed by Brendan McGowan. Singer Andromeda Anarchia wanted to highlight the epic and dramatic nature of the music by writing catchy, repetitive / echo-like lyrics for the choral part that make it easy to join in with the chants whether you speak German or not.

Darren wrote the bridge of the song by making the progression sound dark with predominantly major chords. The text of the bridge sums up the entire meaning of the song, which can be translated as:

“Only the glow of the fire creates life out of death

Rises Phoenix from the ashes

Only a fiery life is worth dying for

Only the life you burn for is worth living for."

The song is about living a life of fiery passion but also about the irony of being alive. In a sense it brings to mind a Henry Miller quote: “The aim of life is to live, and to live means to be aware, joyously, drunkenly, serenely, divinely aware.” But that awareness need also remind you that one day one will die. And if one is not living up to the moment, burn it down, start again and keep going until one is at that peak.

Folterkammer’s Die Lederpredigt will release December 11th. It is an opera you do not want to miss.

In this article: die hymne, folterkammer