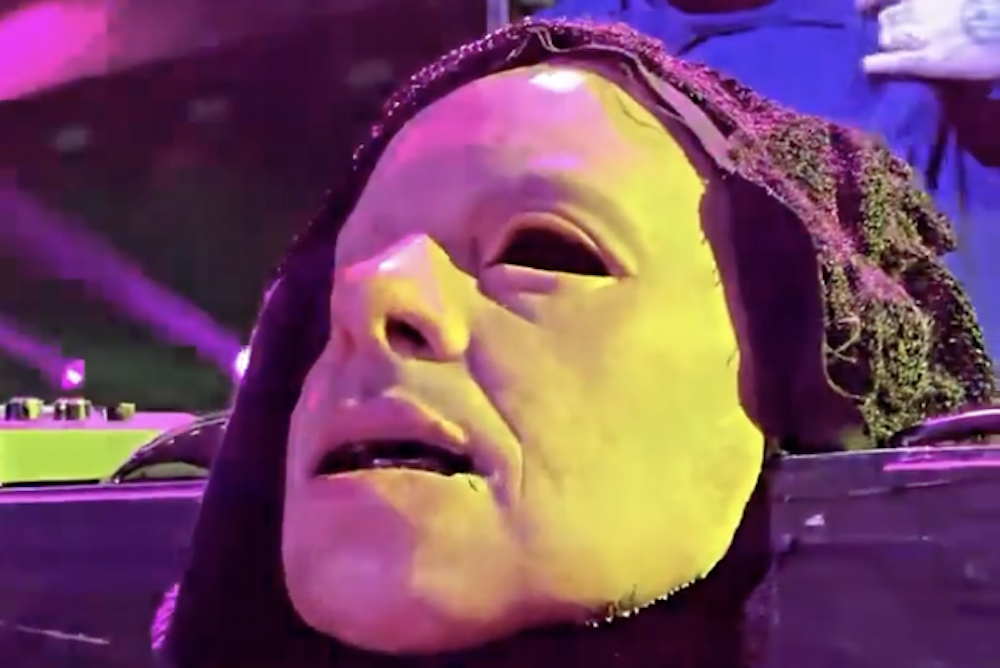 Slipknot recently announced their new record The End, So Far alongside the revelation of new masks for the majority of the band. DJ Sid Wilson went a very mechanical route with his, and took the whole "machine" thing one step further by making a robot out of his previous mask. Watch as Wilson's newly-mounted mask sings along to Slipknot songs live in the below video. It's equally very cool and very creepy.

As for the album title The End, So Far, it doesn't quite mean what you think it does. During a show at the Hills Of Rock festival in Plovdiv, Bulgaria on July 21, Slipknot vocalist Corey Taylor told the crowd that the album title signifies a transition and not an actual end.

Pre-orders for The End, So Far are available here and you can check out the latest single "The Dying Song (Time To Sing)" below. You can also catch Slipknot on tour at one of the many dates below.