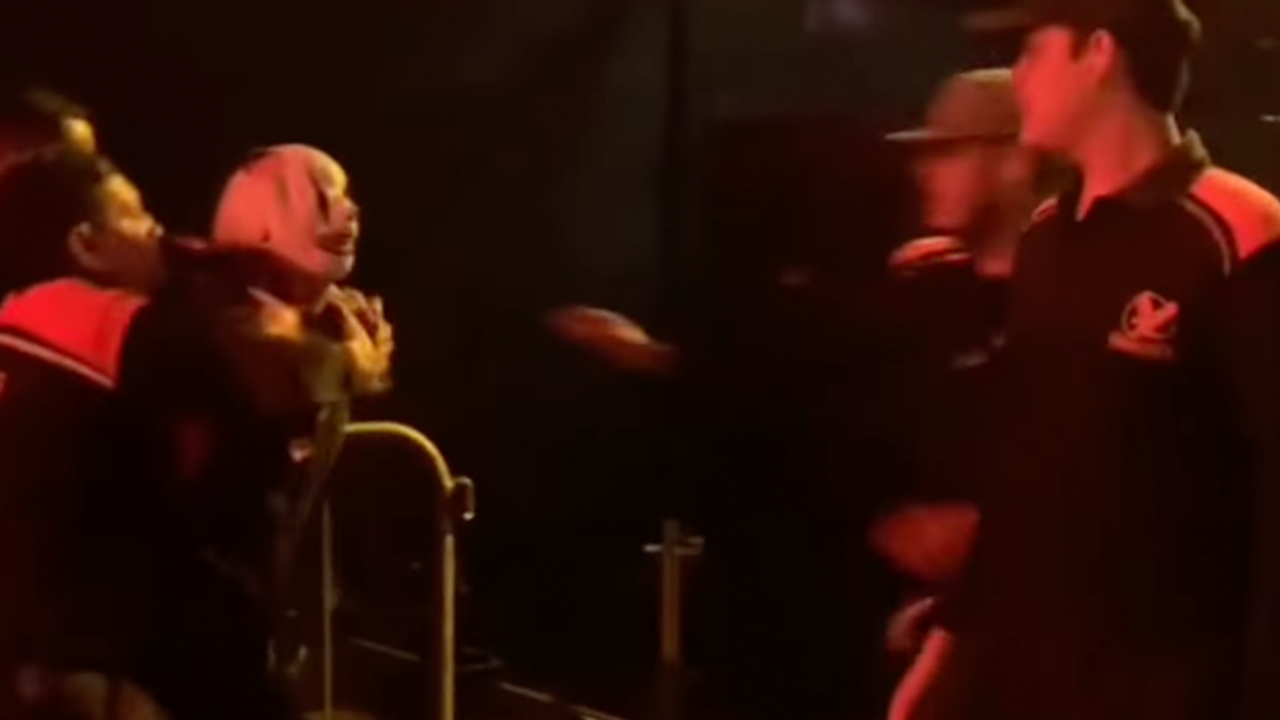 There have been plenty of stories lately of people getting on stage and being total jerks. And then there's Slipknot percussionist Michael "Tortilla Man" Pfaff, who's actually in the band and was mistaken for a stage crasher.

The incident happened at a show in Mexico when Pfaff was briefly detained by security after being mistaken as a part of the crowd trying to get on stage. Which seems weird, given Pfaff is dressed like the other dudes on the stage, but whatever – at least they're doing their job.

Fellow percussionist M. Shawn "Clown" Crahan eventually comes over to see Pfaff free and the show goes on. As for his perspective on things, Pfaff commented on the video saying "I'm not mad… security doing their job!!! I was just trying to get to the maggots that couldn’t see me."