Most Of TOOL Joined BRASS AGAINST On Stage For "Stinkfist" Cover 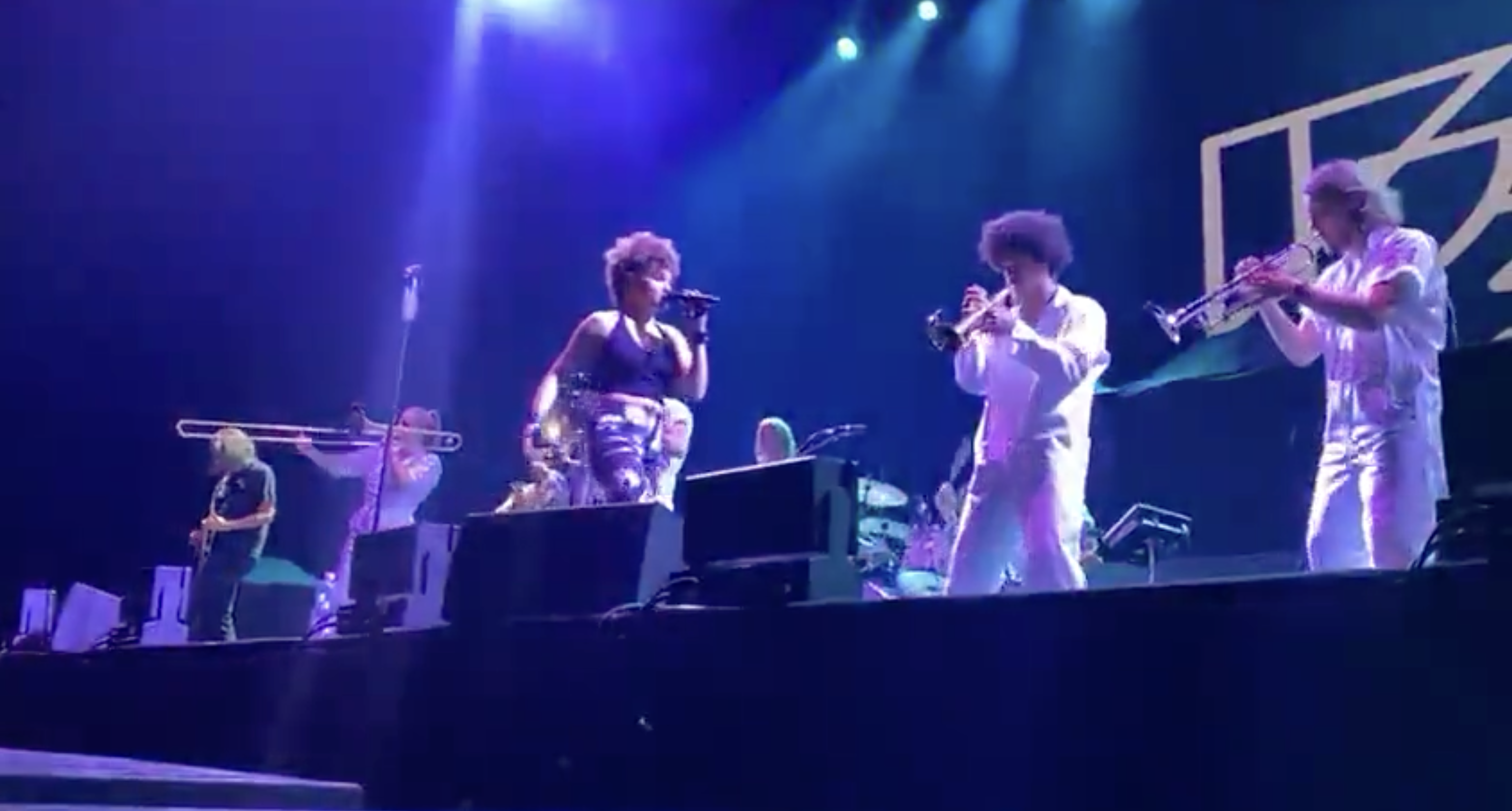 Brass Against was joined by Tool guitarist Adam Jones, bassist Justin Chancellor, and drummer Danny Carey during a May 24 show in Budapest, Hungary for a cover of Tool's "Stinkfist." This is the same tour where Tool also put a "No Pee Zone" sign on stage for Brass Against vocalist Sophie Urista after the now-famous incident where Urista peed on a fan's face on stage.

Now that Tool is off the road, it might (maybe) be time for the band to work on new material. According to drummer Danny Carey in a recent interview, Tool has some leftover ideas from the Fear Incoulum sessions that they're going to start working on.

"It was frustrating not having new material to play, but that time really flew by quickly. I guess that's just the nature of life. It's like when you have kids, and they're grown up, and you go, 'What happened?' It took a long time, but we did a lot of touring and tried to grow in different ways and take a break from each other to keep things fresh. We also wanted to bring in outside influences, so we would have something new to say to each other musically. It all came together really well on this one. I'm sure it won't take us this long for the next one. We even had some stuff left over from the last one that we'll develop. We have head starts on three or four new songs."Advertisement. Scroll to continue reading.