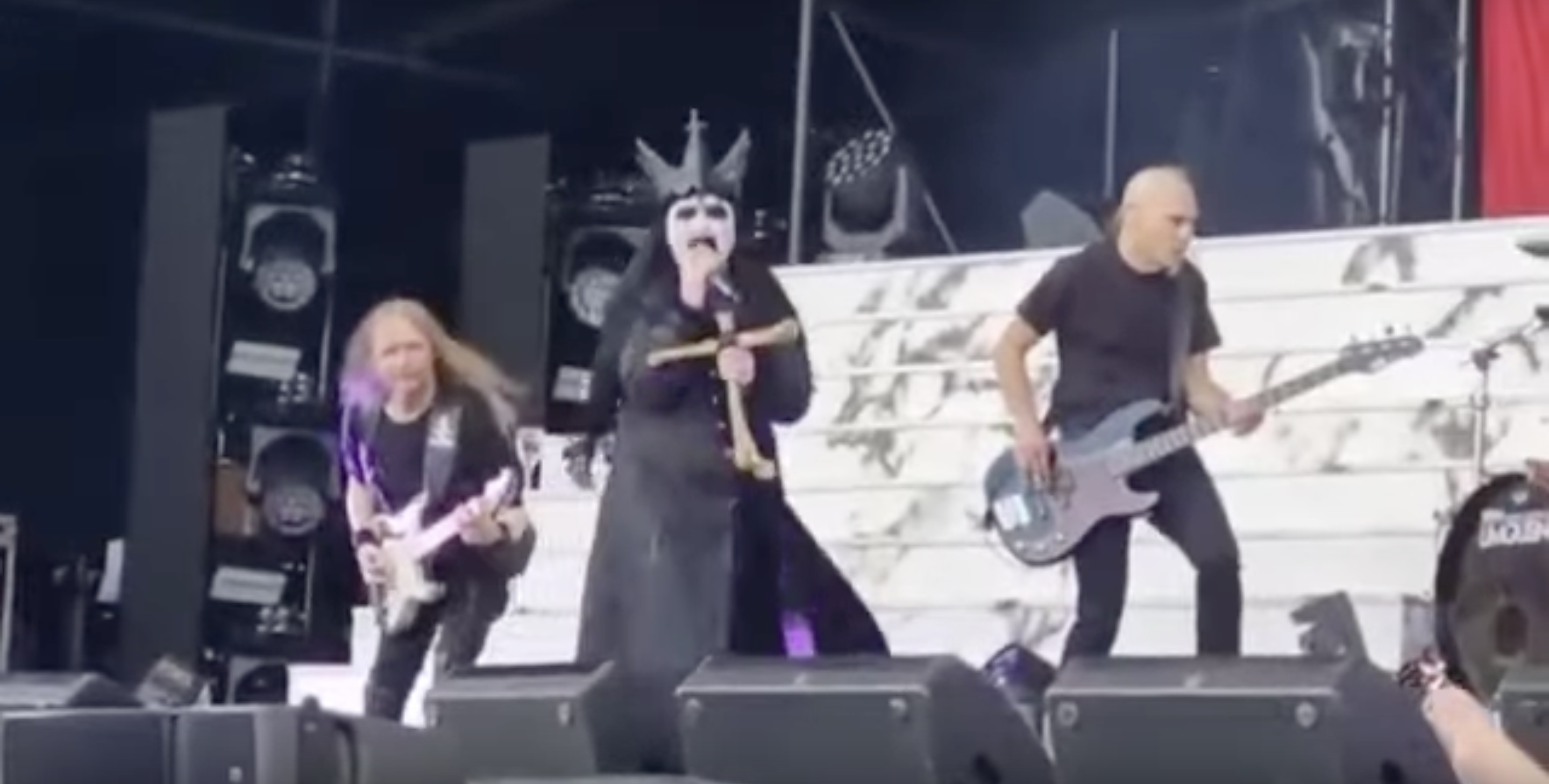 Mercyful Fate played their first show in 23 years in Hannover, Germany and man did they sound great. Vocalist King Diamond also debuted two new looks, both evil as hell looking – one wearing what looks like a red suit and a goat head mask, and another all dressed in black with a massive crown.

The band also performed a new song called "The Jackal Of Salzburg," though no footage of that has yet surfaced. The show ran as follows, and you can find some of the fan-filmed footage below (we'll update as more becomes available):

On the new song, King Diamond recently said "It's quite a monster, I would say. It's almost nine minutes long. So, it's not just a quick little [song]. We hope we can play it. We're gonna do everything in our power to play it. It's not recorded yet. So whatever version we might play for you could change before it is fully recorded. Some drums have been recorded — that's what I can say.

"But we will do our damnedest to play it. We [may] put it early in the set, even. But that's something to look forward to… Now we've gotta make it sound correct, 'cause the early demo versions have lots of stuff on it that create a certain mood in the whole thing, which we can't do [live]. The live version will be different. I can't do the backing vocals, naturally, that is intended for the song. But that's also a challenge, to do a version that works live… It's gonna be fun. It's gonna be heavy.

“The subject is very heavy too. We are back in 1675 till 1690. That's a piece of history that we are describing — a nasty piece of history," King Diamond added, though he didn’t elaborate further. Mercyful Fate is currently King Diamond, guitarists Hank Shermann and Mike Wead, bassist Joey Vera, and drummer Bjarne T. Holm.