The members of Clouds have a combined resumé that remains virtually unmatched in doom metal. Amongst the members of the atmospheric doom band are contributions and efforts in some of the genre's biggest and productive names over the last 25 years. Names like Pantheist, Shape of Despair, Barren Earth, and Eye of Solitude are just a handful of examples. However, their collective work in Clouds remains its own wonderfully unique entity. 2016 saw the band release their second full-length album, Departe. Prior to that, a 2014 debut called Doilu. Now this year, less than six months removed from Departe, Clouds delivers a brand new EP named Destin.

Destin is a wildly diverse listen. Beneath its atmosphere resides a plethora of guest appearances (listed at the end of this feature), acoustic tracks, and momentous dirge. Perhaps what is most captivating about this new record is how Clouds epitomizes the unique heaviness of extreme doom. The trademark growls and long-standing riffs are ever present. Yet, the haunting keys that float in the depths of the mix, as well as powerful clean vocals from guests and band members alike, make it such an emotionally complex and overpowering composition.

The sorrowful tone of Destin takes many shapes as well. Compare "Fields of Nothingness" and "You Went So Silent", for example. The former tracks almost nine minutes of melodic death doom driven by a harsh vocal performance and a towering musical arrangement. The latter meanwhile is an acoustic performance that taps into stark minimalism to create a touching sadness. Using these two tracks as benchmarks, the other songs of Destin exists on a sliding scale of melancholy. In addition to being a conduit for grief or woe, this new release serves as a link between the past and future works of Clouds.

Drummer and vocalist, Daniel Neagoe, spoke on the new EP; stating: "Destin is our proudest of works so far. It is both relentless and oppressive and with the help of our distinguished guests, the music receives an individual value and personal touch. It is, in fact, the natural continuation of both Doliu and Departe and the bridge to our next chapter." Guitarist and bassist, Déhá, also spoke. He followed Neagoe's sentiments adding: "Destin is definitely more than an EP, and not only with length. It brings tragedy to a new standard in our music and shows that this same tragedy can be brought with a simple acoustic song and a voice, as well as with full force and amazing guest vocalists. I do believe this is our most emotional release so far and I can't it say better than Daniel; it's a bridge for our next works."

Destin can be streamed below. Be sure to pre-order the album now from Bandcamp and follow the band on Facebook. Guest features on the album include: 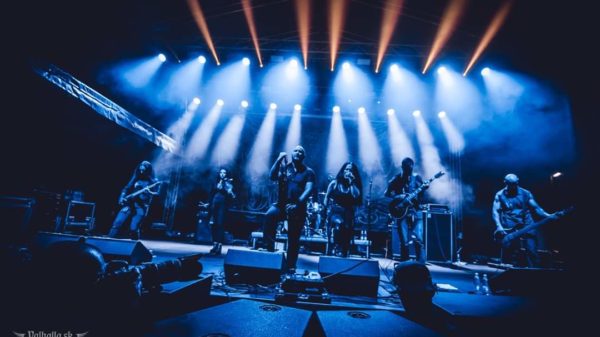