Check Out This 150+ Doom Band Compilation To Benefit Ukraine
Experimental Black/Death Metal duo Veilburner are on the cusp of dropping their 3rd full-length, The Obscene Rite. We've got a full early stream of the album to show you ahead of its release this Friday, September 30th.

By my estimation, Veilburner are one of the most criminally underrated black metal groups around right now. Their music is highly ambitious, very eclectic, and damn frightening stuff all at once. This upcoming Friday, the band will release their 3rd full-length, The Obscene Rite. Today we've got a full early stream of the album to share with you.

For those unfamiliar with Veilburner, the band started in 2014 and is based out of Pennsylvania. In spite of the tremendously intricate and multi-faceted nature of the groups music, the band is made up of only two members. One goes by the name Chrisom Infernium, and handles the lyrics, main vocals, and the groups artwork. The other member goes by Mephisto Deleterio and performs all the music and production, backing vocals, and as the band likes to mention, is the "curator of the odditorium".

Prior to the upcoming release of The Obscene Rite, I've been a very big fan of the groups two prior full-lengths that preceded this. Like a fine wine fermenting in hell, the groups music has only gotten richer, weirder, and more evil with each new release. If their first album, The Three Lightbearers can be seen as their most savage, and its follow up, Noumeneon, as their more experimental and prog inflected companion release, than The Obscene Rite sits somewhere in between those two worlds.

No one really sounds like Veilburner given the depth of their sound, but I'll try to give the best description I can as to what you're in for. The group seems to draw inspiration from Deathspell Omega quite a bit, and mix that with a varied smattering of death metal influences in a way reminiscent of Akercocke and Behemoth possibly. Meanwhile, the groups penchant for infusing their music with a lot of industrial, psychedelic, and prog influences often brings to mind fellow black metal oddities such as Dødheimsgard, Arcturus, and Sigh.

If that makes it sounds like there's a shitload of different things going on at once here, that's most definitely the case. Although to Veilburner's credit, this mad scientist-esque mash-up between genres and sounds always comes together quite eloquently in the end. After endless spins of the record, I confidently say that The Obscene Rite is my favorite black metal album of 2016 thus far. If you're an adventurous music listener who enjoys metal music that's experimental or unique, I'm sure this will be right up your alley and worth a purchase.

In this article: Veilburner 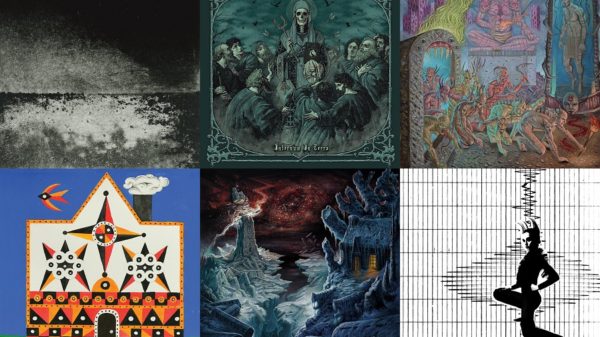