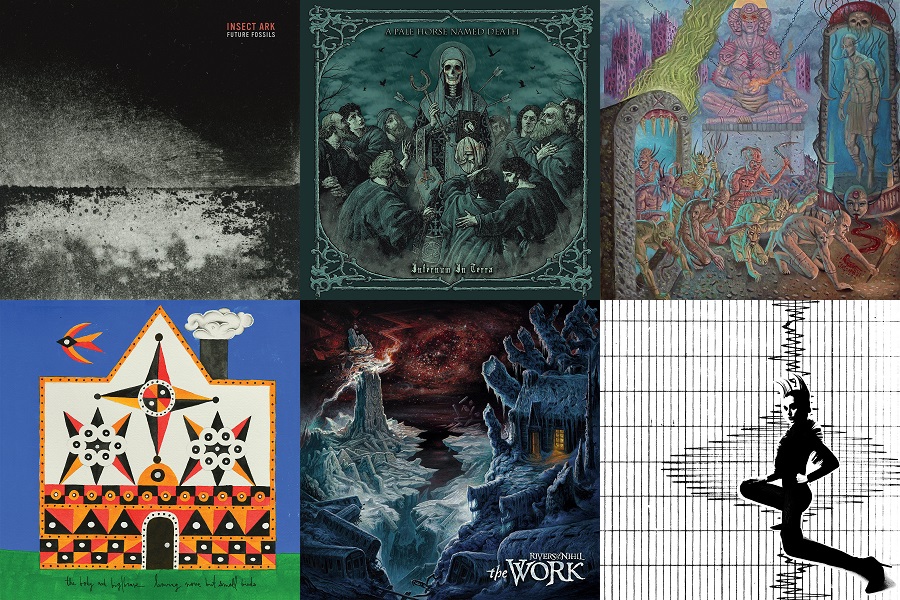 This week’s new heavy metal releases include divisive metal/pop blending artists, a folksy collab, rad death metal in a variety of flavors, and more! To the metals…

The Body and Big|Brave – Leaving None But Small Birds

On their latest collaboration The Body are teaming up with Big|Brave for an oddly folksy album. It has all the darkness of both artists, but with just enough twang to it. This also reminds me more of an early Emma Ruth Rundle record, and I'm not mad about it.

If you're seeking technical and tight musicianship paired with low vocals, then you seek Upheaval. The second record from the outfit brings lots of Faceless vibes. The songs are all pretty brief, but they are jam-packed with excitement.

Give it a listen here

Back in 2015 (golly, I've been doing this a long time) I wrote about the debut album from Exxiles, and now the time has come for their equally epic and proggy sequel to that record. Reminiscence features powerful epics, sweeping cinematic pieces, and heavy metal fury. Like the first outing, this one features a bunch of guests like Derek Sherinian (Sons of Apollo), Chris Caffery (Savatage), Donna Burke (from Final Fantasy, Silent Hill and other games), and more.

Admittedly, this album isn't very metal. Heck, it's essentially not rock at all. Over its four tracks this EP is slowly drifts between relaxing Nine Inch Nails Ghosts-esque pieces and the score to a nightmare. The nightmare portion is what got it here.

Pairing rather nicely with Insect Ark (in terms of mood), we have the latest from A Pale Horse Named Death. Since the last record the band got a new drummer (Chris Hamilton) so now there's only one former Type O Negative drummer in the band. Still, Sal Abruscato and his crew know how to write slow, super melodic doom that's both heavy and catchy. It's like if Alice In Chains if they only listened to Master of Reality.

On her fourth album, the divisive Poppy is blending driving guitar rock with soaring pop stylings. It's a rather diverse album with songs that are akin to Sleigh Bells, Rob Zombie, and Garbage. This isn't going to be the album to win over naysayers, but it's a triumph nonetheless.

Rivers Of Nihil – The Work

The Work is easily Rivers of Nihil's most varied album yet and it presents a progressive band that has actually progressed since their inception. This album includes cinematic tracks, deathcore flurries, anthemic rock moments, jazzy bits, GNR guitar work (the solo in "Wait" straight up sounds like Slash, and it's wonderful), and yes, even some saxophone. This really is an album experience, so if you dug the singles, just wait until you hear them in the context of the whole thing. Jordan has a deep dive here.

Sleep Token – This Place Will Become Your Tomb

I am really testing your patience with what is and isn't metal this week, huh? I saw we had a review of this and figured it was worth highlighting. Anyway, this sounds like a mix of Atticus Ross-era Nine Inch Nails mixed with modern pop. Lots of glitchy beeps with electronic elements. Max has a full review here.

Veilburner – Lurkers In The Capsule Of Skull

Wrapping this week with some dark, fucked up metal. I feel like I owe it to us. This is dissonant and off-putting shit. Reminds me a bit Anaal Nathrakh, but perhaps with a more obvious love of theatrics. Also, I am seeing conflicting things for when this drops, but as of this writing their Bandcamp says today, so here you go.