Completely Unbearable: A Worship Band Played On A Plane 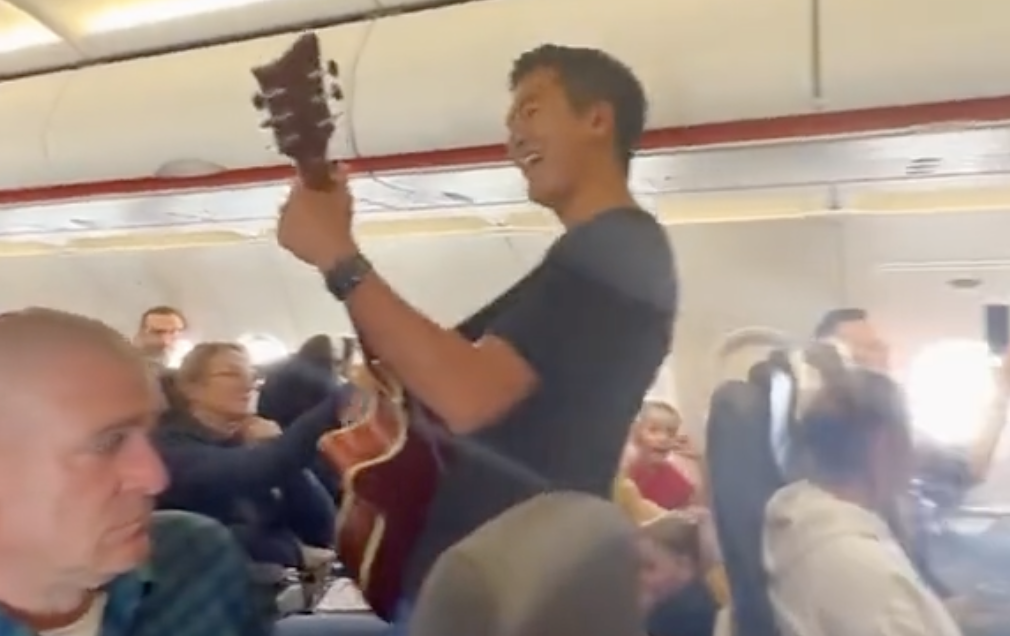 Imagine this – you're in a cramped metal tube a mile or so above the earth. Kids are probably crying, you're sitting by the window and probably have to pee, and your ears hurt. Then a Christian worship band gets up and starts playing, leaving you to wonder if maybe the plane already crashed and this is actually hell.

The original video below was posted by Kingdom Realm Ministries pastor (or something) Jack Jensz Jr. on TikTok (according to TMZ), but has since been made private probably because of the endless hate comments. The video has since been uploaded to Twitter and has drawn the ire of everyone from The Church Of Satan to Testament guitarist Alex Skolnick.

"This is terrorism," said The Church Of Satan. Skolnick added "Pro guitarist/lover of guitars here. I’d support someone going full 'Belushi' (ie Animal House) on the guy. More practically, the staff should’ve put a stop to this insanity right away. It’s not only causing a disturbance to most passengers but inflicting religious propaganda."

I think the real question here is why didn't the airline staff shut this shit down? I mean seriously, beyond the fact that it's incredibly annoying and stupid (and annoying, and annoying), it seems like it's also pretty unsafe.

This is also the only instance where blasting music from a Bluetooth speaker in a public place is acceptable. Namely if that music is something along the lines of Deicide.