At The Movies Rumors 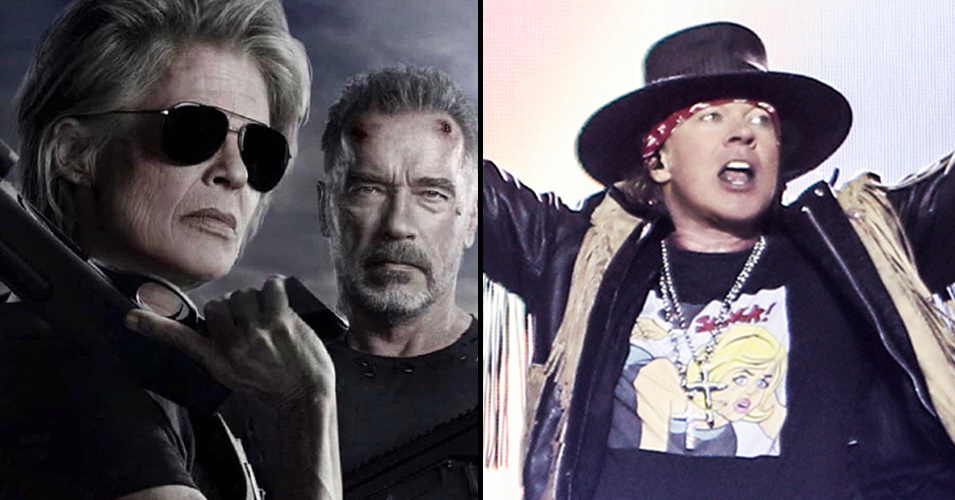 Here's a wild rumor to make your Wednesday a bit more interesting. You may have heard that they are rebooting the Terminator franchise with a new film Terminator: Dark Fate which basically is a rebooted sequel for Terminator 2: Judgement Day. James Cameron is back, Linda Hamilton is back and Arnold Schwarzenegger is of course back.

You may recall, way back when T:2 was released, there was a Guns N' Roses song on the soundtrack, and they even made an official music video with clips from the movie.

So, naturally, it's easy to speculate that GNR might be in the new film. And, with the band in the early process of working on new music, it gives some credence to this Australian GNR fan page report:

“A source who was working On Terminator dark fate has informed that 4 members of guns n roses went to a private viewing of a rough copy of the upcoming Arnold Schwarzenegger sequel movie to see if they want to put a song on the soundtrack. Apparently, Slash was at axls house to record overdubs on a song for the rush release. At this point the song name is unknown. But yes 100% verified. Guns n roses new music.”

The previous rumor is that the band planned to hit the studio after their handful of shows in October.  Slash confirmed they already had some sessions back in April, so they could've recorded something then.