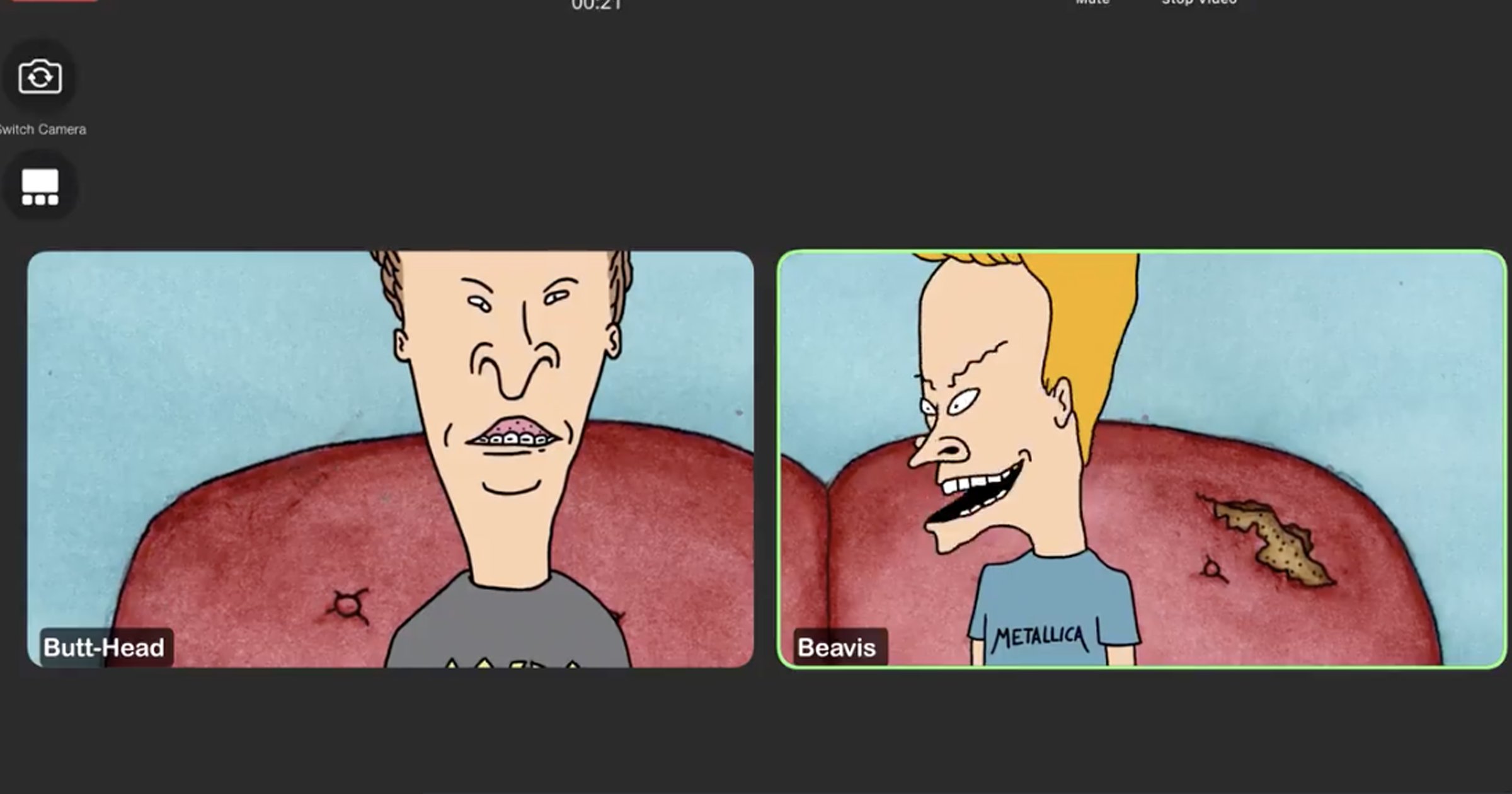 During the Super Bowl ads for the upcoming streaming service Paramount+, the iconic metal characters Beavis & Butthead were featured prominently. And, with reason. It was just announced the duo is coming to the service in an all-new animated movie sequel to Beavis and Butt-head Do America, which will also serve as the launch point for their new episodes.

Last year, Judge also spoke of an idea for a sequel to the duo's movie, Beavis & Butt-Head Do America. "I’ve got some ideas. I think it would have to be something that makes it relevant today. I think I might’ve figured out a way to do that," he said at the time. Turns out it's coming to fruition.

A new teaser was just released with the duo popping up on a Zoom call saying “So, like, uhhh…we’re making a movie” Butt-head says shortly after smacking Beavis

“…you said ‘mount,'” Butt-Head realizes. Ahh, great to have them back!

A new version of Beavis and Butthead "reimagined for Gen Z" has been ordered by MTV's sister station, Comedy Central. Creator Mike Judge announced in June 2020 the show will be returning "as well as additional spin-offs and specials," according to Deadline. The the duo will be “entering a whole new Gen Z world” dealing with “meta-themes relatable to both new and old fans — Gen X parents and their Gen Z kids.”

The show came back in 2011, and it didn't really miss a beat, so I'm going to remain positive about the news and hope for the best. There was a rumor that there was a new season in limbo in 2014, but nothing happened for almost six years. Perhaps they are reusing some of those old plots.

Additionally, Paramount+ announced a reboot of Behind the Music, with older episodes being "remastered" for modern audiences, a new season of Unplugged and a series from Dave Grohl and his mother, Victoria, profiling rock star moms.

Paramount+ launches March 4th. No word on when the movie is being released yet.

In this article: Beavis & Butthead, beavis and butthead