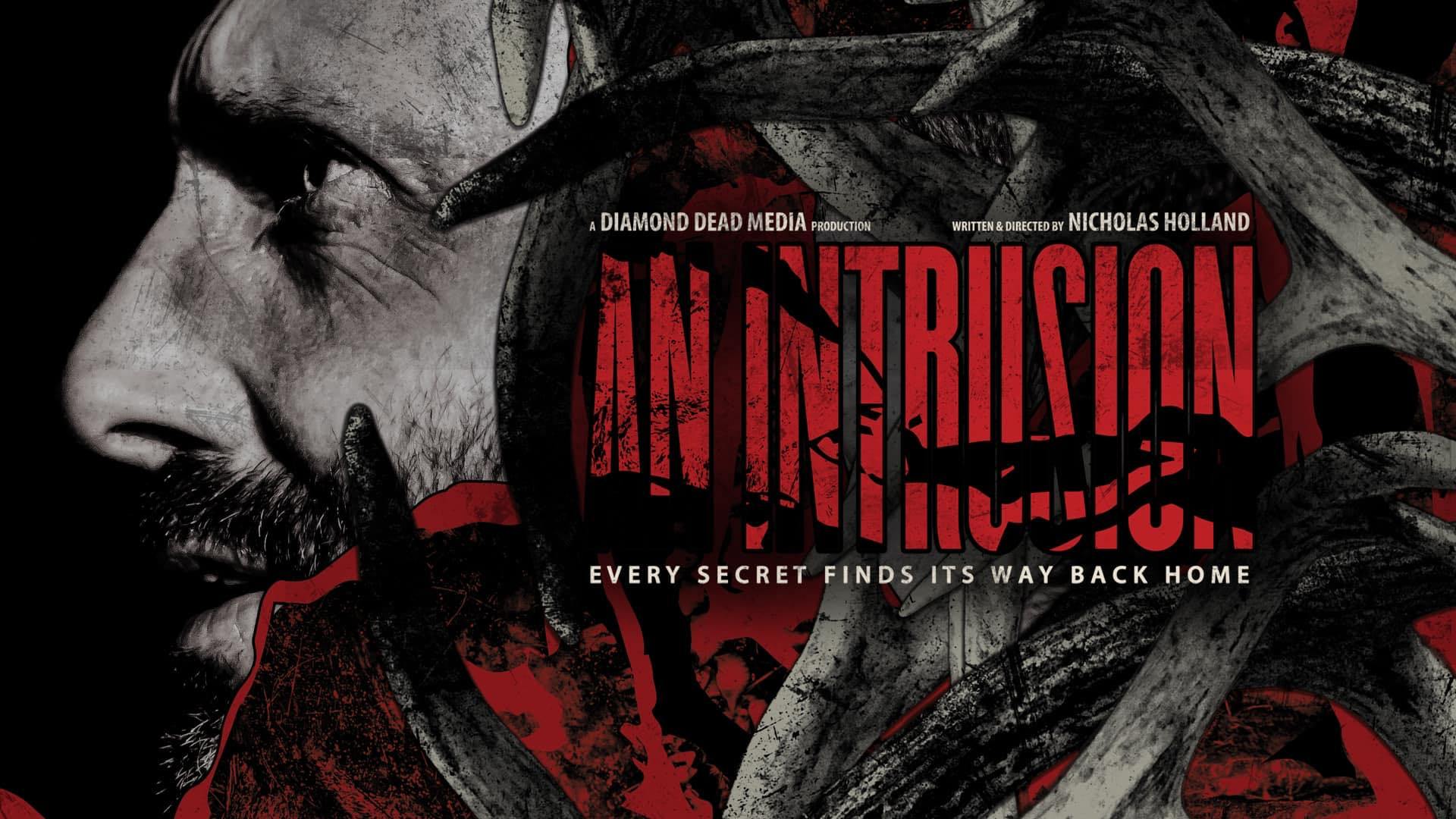 Everyone knows horror is the most metal movie genre. Demons, ghosts, dark forces, blood and gore. What’s not to like? Home invasion movies like An Intrusion take a different route. Here, the horror is subtle, building, and usually committed by human beings instead of hellish ghouls. So how did An Intrusion end up looking like the most metal horror movie of 2021?

Partially, because it comes from the metal scene itself. Star Keir Gilchrist (Sam Gardener on Netflix’s Atypical) sings lead in grindcore ragers Phalanx and Whelm. Director Nick Holland is in Sunlight’s Bane, and the film’s score was written by Weekend Nachos’ Andy Nelson. With actors draped in brutal band merch and songs from Full of Hell and Body of Light, “An Intrusion” is shaping up to be a delight for fans of metal and horror alike.

“There’s a lot of band stuff in the movie, especially with Keir’s character,” Nick said in a recent interview with Metal Injection, “I didn’t want it to be some generic shirt. It’s legit. There’s Dragged Into Sunlight shirts, Red Chord merch. A lot of the crew were people I knew from the music scene….there’s a lot of inside jokes and nods.”

“Keir (Gilchrist) and I actually didn’t meet through the movie business. He was a big fan of my band Sunlight’s Bane and we would just shoot the shit about grind and powerviolence and stuff. I was a big fan of what he’s worked on, so I knew I wanted to work with him on something. (An Intrusion) amounted from all these incidences, without really planning it as a ‘metal movie’. Like, I’m good friends with the guys in Full of Hell and there’s one of their songs in the movie. It just kind of worked out.”

Dylan Walker of Full of Hell was initially interested in scoring An Intrusion. But that honor went to Andy Nelson, of the recently disbanded hardcore punks Weekend Nachos. This was Andy’s first soundtrack, and the experience has been interesting.

“Every time I recorded with (Andy), we’d talk about movies,” says Nick, “And he’s a musician I respect greatly.”

With the script and scenes from the finished film to go by, Andy wrote his composition. “He pretty much gave me free reign,” says Andy. He describes the final soundtrack for An Intrusion as “ambient dark”, while Nick says it is “harsh glitch, very degraded”. “Imagine a tape reel corroding, then turning it into a beat.” says Nick, “That’s a really great sound for building tension.” Sounds like metalheads have a new film to check out, when An Intrusion is released.

"I haven't even seen the full movie all the way through," admits Andy, laughing, "I'm anxious to see how it all turned out."

Like everything else on the planet, the Covid-19 pandemic affected the production of this movie. Originally slated for a Halloween release, the new date is some time in 2021. “It’s frustrating,” says Nick, “No one really knows anything.” Fortunately, filming wrapped before the pandemic began, back in December, meaning that the film itself was not affected. It might take a while longer, but it’s definitely coming. Get ready.

In this article: An Intrusion