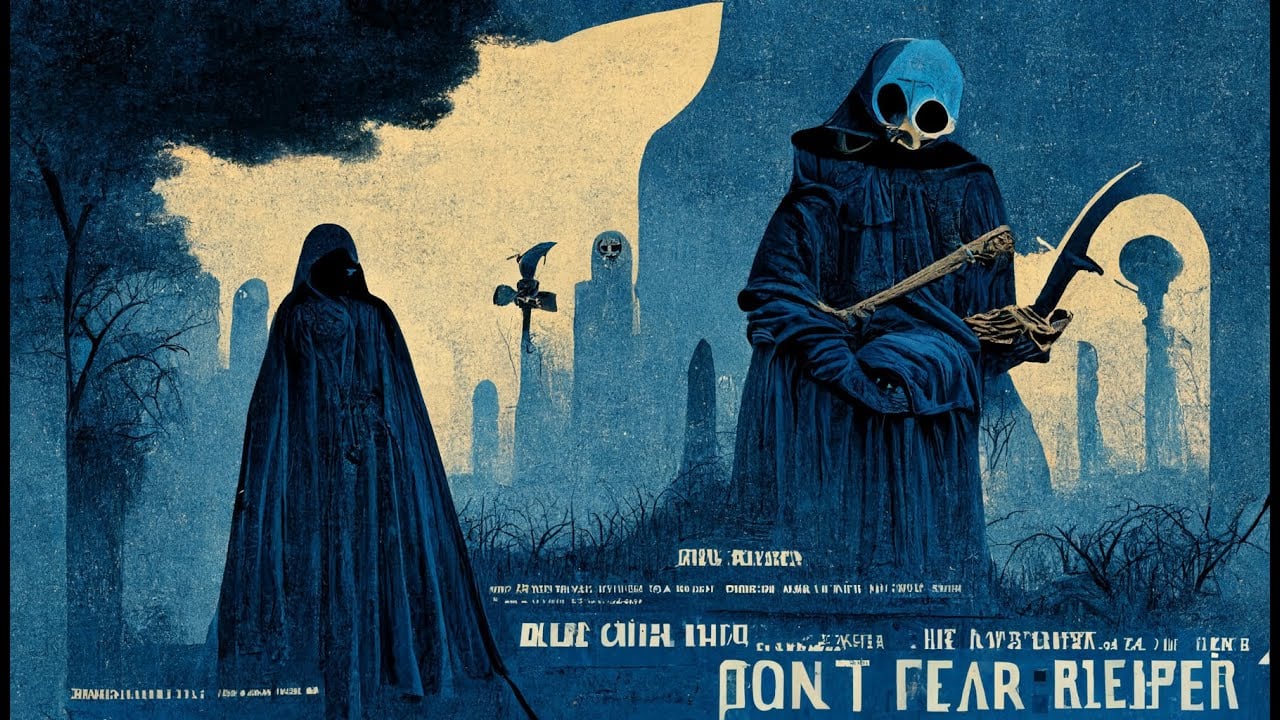 You may have heard a lot of rumbling about a looming AI-generated "universe" where people can kick it in the Matrix, basically, with little more than just a pair of virtual reality headsets to guide them. But forget all that chatter, for something much better is now possible: An AI-driven software is now creating new videos for your favorite songs.

As Classic Rock reports, it goes a little something like this: the software is programmed to generate visuals based on the text it's given to summarize. For instance, input the lyrics to Blue Oyster Cult's "(Don't Fear) The Reaper" along with a handful of interpretive audio indicators (i.e. "cowbell," "instrumental bridge), and the software spits out completely new and totally modern images based on the data entered.

Once you have the images, well hell—that's half the video! Slap the OG audio on top of the new graphics using any basic editing program—and voilà—Blue Oyster Cult is coming at you direct with a 21st Century video for "(Don't Fear) The Reaper."

And the results? It's a crazy video filled with corpse brides, zombie infants, bleeding hearts, and a whole lot of grim reapers. Needless to say, but you'll never be able to hear this song again and not think of a raining apocalypse scorching the Earth. You can check the video out below.

Of course, AI has its skeptics (like me; I'm quite content to stay out of the Metaverse). But this is one area where my bong hit-influenced brain is sending my cognitive functions racing—and embracing—the new digital era. Well… sort of. But, imagine my delight, then, when I found several other video offerings, including Pink Floyd's "Time," Queen's "Don't Stop Me Now," and Metallica's "Enter Sandman." You check out some of the best takes below. I still think they're 1000 percent cooler than Mark's Magic Kingdom!