70,000 Tons Of Metal Cruise Announces MESHUGGAH, CANNIBAL CORPSE & 14 Other Bands For 2018
Drinking and watching metal all day can get tiring.

I'm still recovering from having just attended the 70,000 Tons of Metal cruise. It was an absolutely epic 4-day-weekend where many drinks were had, many friends were made and many pounds of food consumed. The party truly never stops on the boat, there are bars opened 24 hours and bands playing until five in the morning. Personally, seeing Meshuggah play on the pool deck under the moonlight as a lifetime highlight and as close to a religious experience as I would ever experience. Cannibal Corpse, Obscura, Rhapsody and Internal Bleeding were other highlights.

But as the night goes on, fatigue from drinking all day and staying out in the sun starts to take hold of you, and if you make the mistake of actually sitting, you might find your body shut down on you and you pass out for a nap. This is when fellow 70,000 Tons cruisers started to take out their cameras and document this hilarious moment.

So, while we have a ton of coverage on deck (no pun intended), let's take a moment to give a nod to those who nod off:

At least those seats were really comfortable.

We'll see you on the boat.

It's no secret that Metal Injection loves the 70,000 Tons Of Metal cruise, and had nothing short of a killer time on this year's... 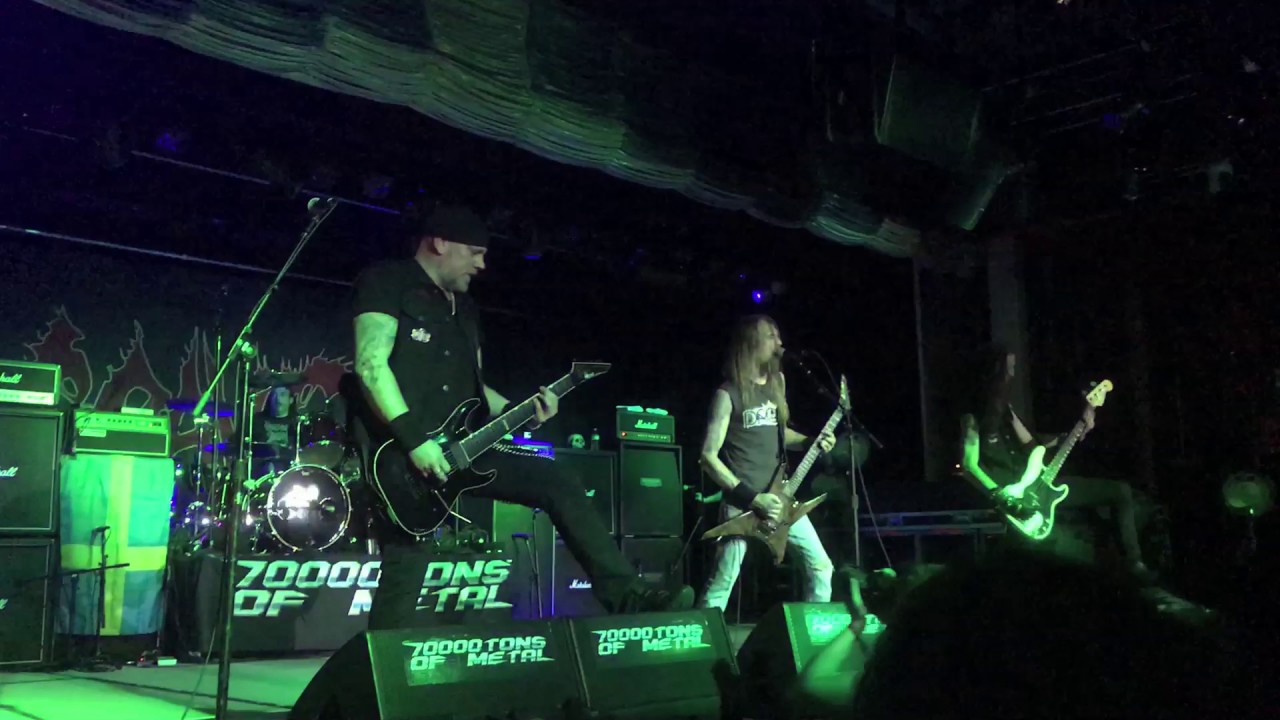 GRAVE "And Here I Die…Satisfied" Live at 70,000 Tons Of MetalAdvertisement. Scroll to continue reading.

The battle vest is a legendary must-have in the metal world, and never was that more evident than at the 70,000 Tons of Metal...