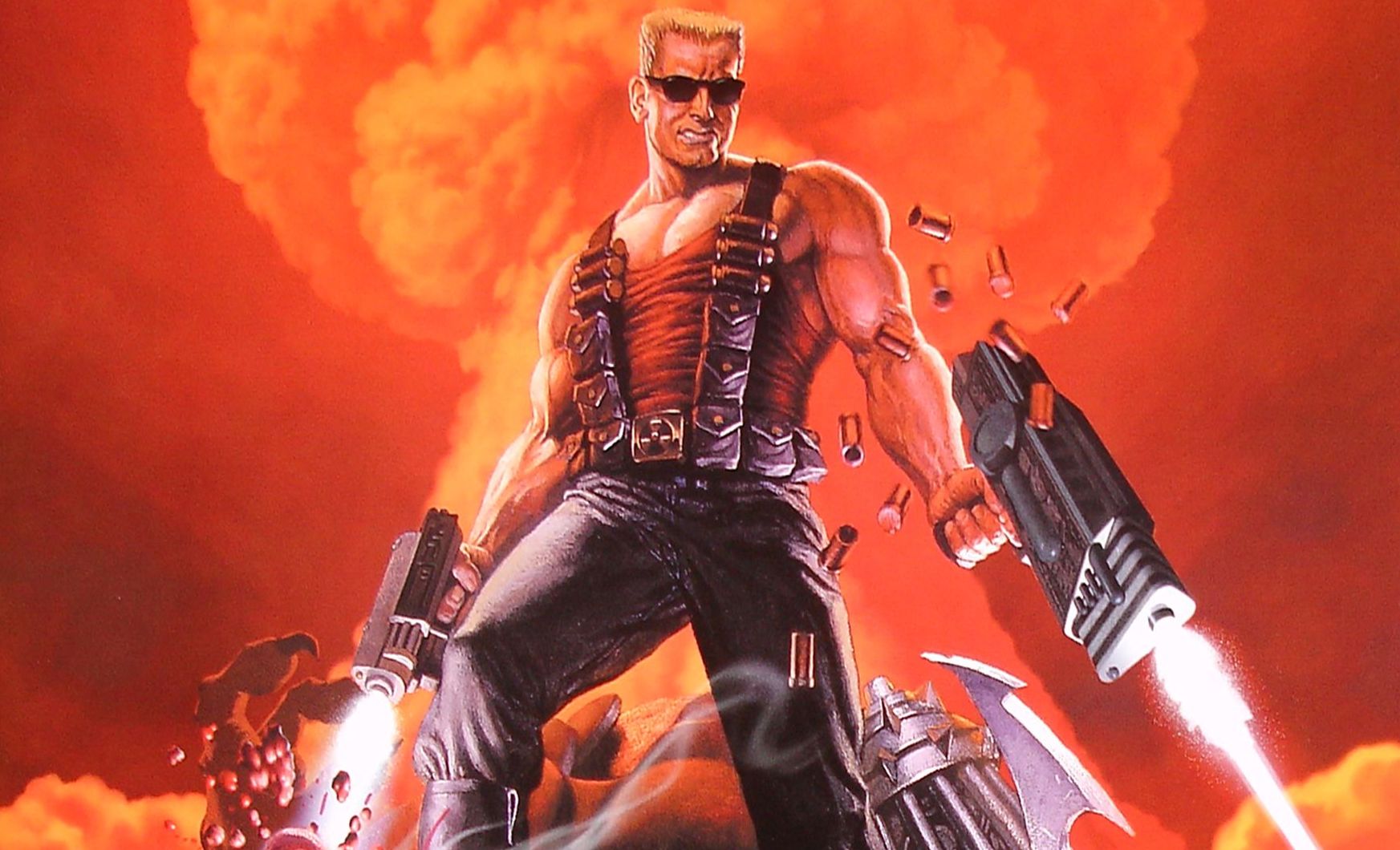 The iconic '90s video game Duke Nukem will be given the feature film treatment, courtesy of Legendary Entertainment—the studio behind last year’s absolutely brilliant Dune, as well as the recent Godzilla film series. The creators behind the ultra-successful Cobra Kai—Josh Heald, Jon Hurwitz and Hayden Schlossberg—are on board to produce under their banner, Counterbalance Entertainment, as well. Gearbox, the video game company that currently develops Duke Nukem games, acquired the IP in 2010 and has been aggressively looking to make film adaptations of their games. Should Nukem come to fruition, it will be the first high-profile game character from Gearbox to be featured in a major studio motion picture. The news was first reported by The Hollywood Reporter.

Originally released in 1991 from Apogee Software, Nukem focuses on the official title hero, a paradigm of B-movie cop films from the late 70s and 80s, squaring up against an alien invasion in Los Angeles. To date, the game is a billion-dollar franchise after emerging from its origins as a PC “first-person shooter” game. While there is no director writer attached to the Nukem film just yet, there is an expectation is that Hollywood will make a full-court press to attract A-list creatives for the film. Multiple attempts to adapt the game have been made throughout the years with various producers trying but not getting very far. Gearbox even had a Nukem project in development at Paramount with John Cena attached to star over four years ago, but never saw its way into production.

That pushed Gearbox to become more assertive in its Hollywood courting strategies, and so far the approach has worked, with one adaptation—Borderlands, directed by Eli Roth and featuring a blockbuster cast including Cate Blanchett and Kevin Hart—to be released through Lionsgate towards the end of 2022. In the meantime, enjoy some pretty hilarious Duke Nukem one-liners below. They're cheesy as hell and frankly, too much fun.