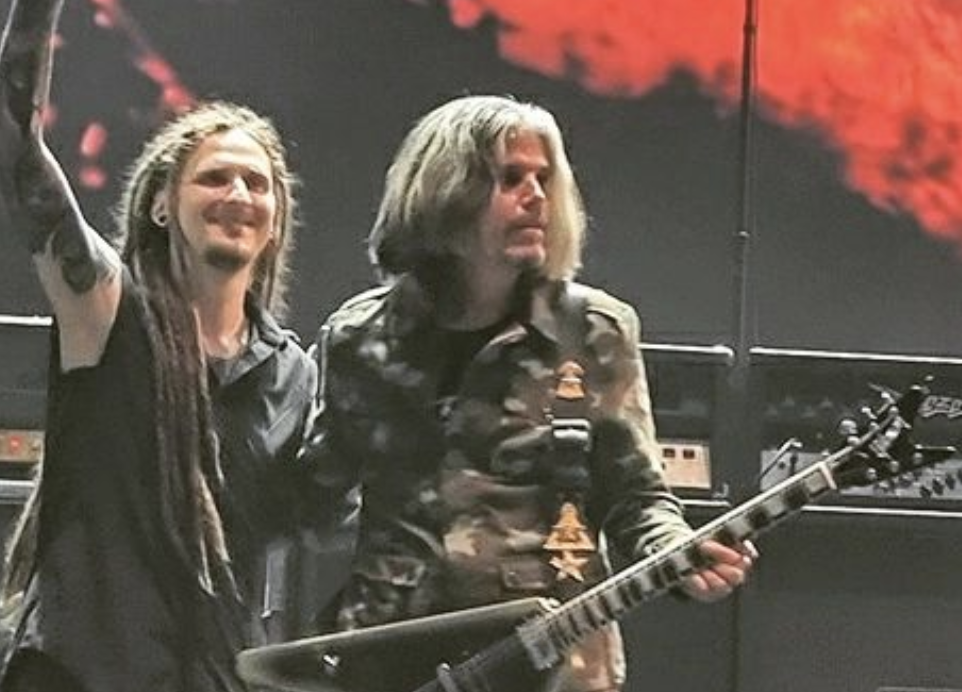 Tool invited Austrian shred overlord Bernth up on stage with them during their May 23 at the O2 Arena in Prague to play one hell of a solo over the band's classic track "Opiate." If you've ever seen Bernth in action over at his YouTube page, then this isn't surprising… and if you haven't, then you're about to be blown away. Dude can play.

"Thanks so much @toolmusic – for one of the BEST nights of my life ?" said Bernth in an Instagram post. "I had the honor of performing a guest solo with them on stage at yesterday's show in the O2 arena in Prague! Thanks @adamjones_tv for inviting me, it truly means the world and I will never forget this moment – thanks for the hospitality, the kindness, the fun gear talk, and the amazing memories ?And thanks to their awesome crew for the quick and effortless setup, soundcheck, and help!

"Jamming with these icons was such an honor – they sound absolutely incredible and I hope you got to see them on this tour ??"

The May 23 show was also Tool's final show of their current tour, which maybe means it's time for the band to work on new material? According to drummer Danny Carey in a recent interview, Tool has some leftover ideas from the Fear Incoulum sessions that they're going to start working on.